The South Korean seven-piece recived a nod - but not for their incredibly popular music, which has soared up the charts around the world 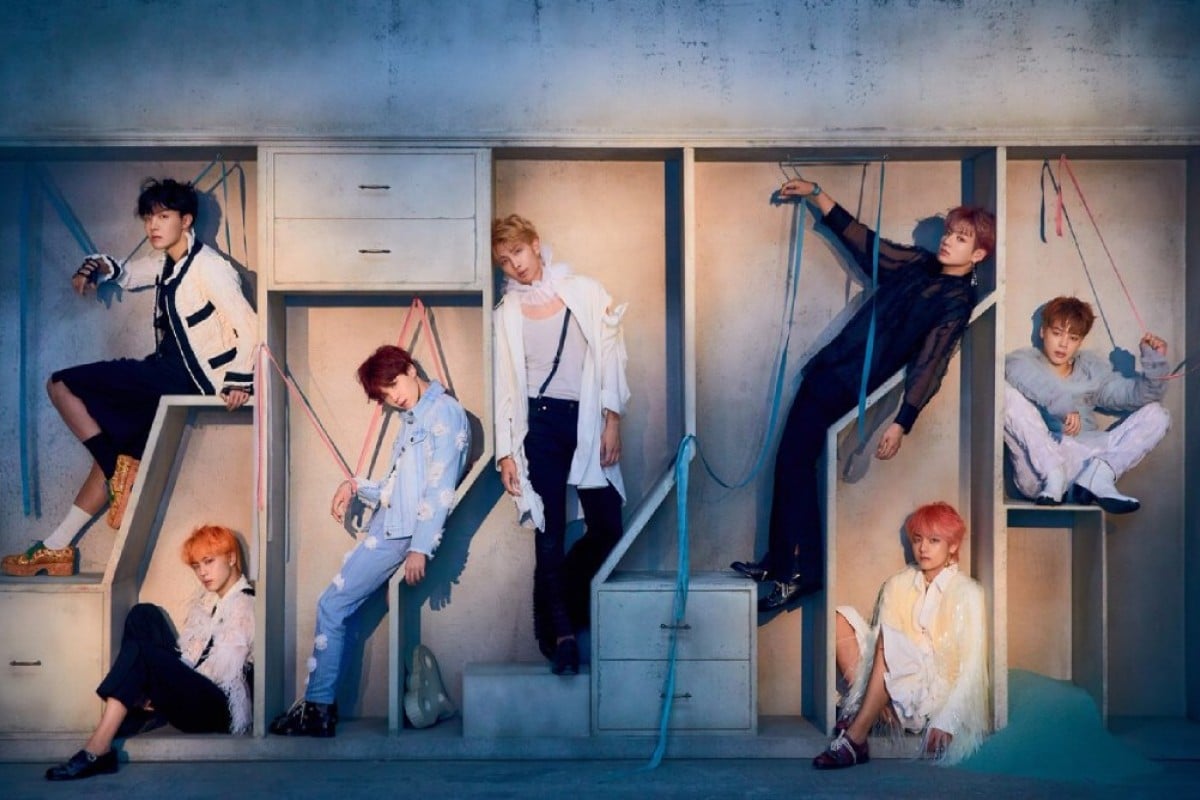 K-pop legends BTS have made history, becoming the first ever K-pop act to be nominated for a Grammy Award. Their Love Yourself: Tear album, which hit No. 1 on the US Billboard 200 charts in May, received a nod for best recording package, awarded for the overall visual elements of the album packaging design.

Love Yourself: Tear album design is distinguished for its more subdued colour scheme with the members sporting dark hair and denim clothes – all keeping in line with the album’s themes relating to the pain and sorrow of separation.

The album is nominated alongside HuskyFox, which was responsible for the album’s art direction. HuskyFox is a professional branding company based in Seoul, which aims to “build a relationship between brands and users by creating an identity through brand languages and visual elements”, according to its website.

Although the best recording package is not presented to the performers but the art director, it is still a huge achievement for BTS as the septet – consisting of Jin, Suga, RM, J-hope, V, Jimin and Jungkook – became the first K-pop act to be nominated for a Grammy. It also shows that their efforts to break through into the US music industry are getting noticed.

Also nominated in the category are St Vincent’s Masseduction, Mitski’s Be the Cowboy, The Chairman’s The Offering, and Foxhole’s Well Kept Thing.

BTS fans, collectively known as the BTS Army, expressed excitement regarding the nomination while some fans seemed stunned that BTS’ music wasn’t nominated.

BTS are coming to Hong Kong! Here are all the necessary details

“Any nomination by the Grammys is huge and an amazing first step for BTS,” one fan named Rosan tweeted.

Kim Young-dae, a Seattle-based music critic, shared an analysis on his YouTube channel, saying that the nomination for BTS’ Love Yourself: Tear marks a major moment of inclusion and appreciation for K-pop music scene, and is also an important step inside gaining attention of the notoriously conservative Recording Academy.

“The fact that BTS’ name is on that [Grammy nomination] list is a milestone achievement itself,” Kim said. “Unlike Billboard Music Awards or American Music Awards, Grammys are awarded for musical merit without regard to chart position or album sales. So the voters tend to put more emphasis on artistic or technical achievement,” he added.

Kim argued that while it is true that the nomination is presented to the art team, it seems harsh to downplay its significance.

“There are forces that downplay the significance of best recording package category because BTS is not nominated for song of the year, record of the year or album of the year. But I think top-notch visuals and packaging naturally coincide with high-quality music and larger themes represented in it,” Kim explained.

He added “Technically, song of the year is presented to the songwriter, not the performer. Take Norah Jones for example. We still acknowledge her as Grammy Award-winning artist for her song Don’t Know Why although it’s really Jesse Harris who was presented with the award.”

Meanwhile, BTS was the only Korean entry to Bloomberg’s annual list of the 50 most noteworthy accomplishers of 2018. They also won the online readers’ poll for Time magazine’s Person of the Year.

The 61st Grammy Awards will take place at the Staples Centre in Los Angeles on February 10.