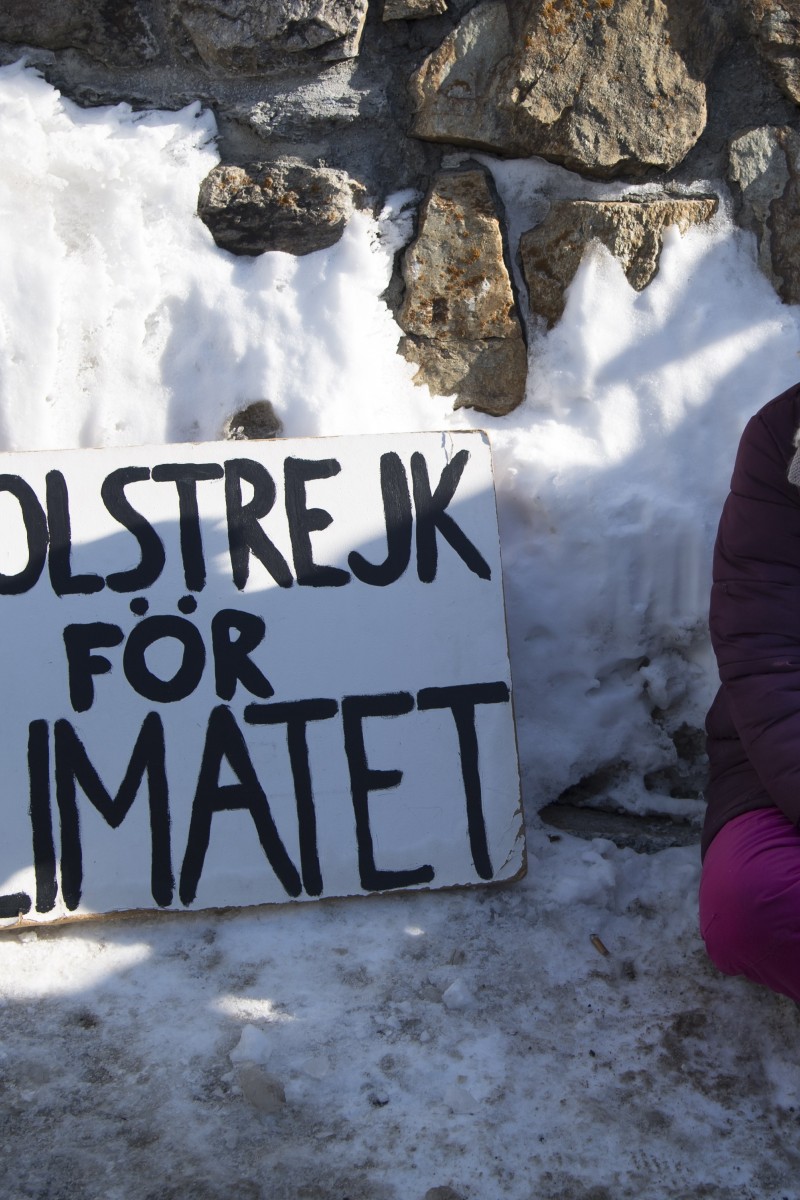 The teen, who garnered attention in August when she staged school strikes for climate, told leaders at the World Economic Forum: 'I want you to panic.' 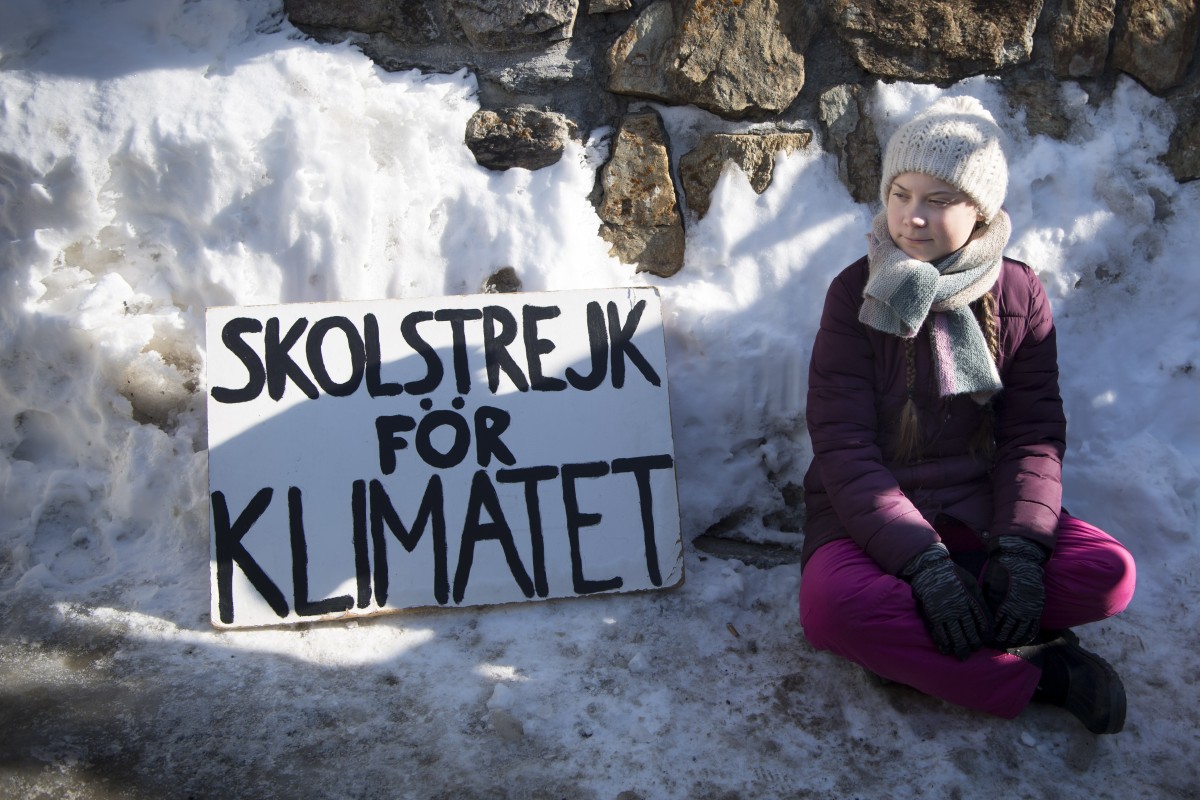 Teen climate activist Greta Thunberg participates in the 'School Strike for Climate', as written in Swedish on her placard, in Davos at the WEF.

Camera crews push past tycoons and government leaders to get a close shot of the unlikely star at Davos this year: a Swedish teen with long braids and a big message for the world.

Greta Thunberg blinks into the cameras of the media throng as she emerges from a closed-door panel discussion at the World Economic Forum, the annual get-together of the rich and powerful.

During her speech, which she repeated for journalists barred from the room, the 16-year-old climate crusader said “our house is on fire”.

“Adults keep saying we owe it to the young people to give them hope,” she said.

Thunberg with her small stature and round cheeks looks younger than 16. She first grabbed the spotlight in August when she began staging “school strikes for the climate”, skipping classes on Fridays to protest in front of Swedish parliament.

But she drew global attention when she delivered a fiery speech to world leaders at last month’s UN climate talks in Poland.

Inspired, tens of thousands of schoolchildren from around the world have followed her lead and ditched school to demand serious action against climate change.

A guide to the impact of cow's milk, almond milk, and soy milk on your health and the environment

“At places like Davos, people like to tell success stories, but their financial success has come with an unthinkable price tag,” Thunberg said,

“We can still fix this. But unless we recognise the overall failures of our current system, we most probably don’t stand a chance,” she warned.

She demands that leaders do whatever it takes to adhere to the Paris climate agreement that seeks to limit global temperature rises to below two degrees Celsius.

On Friday, she bundled up and joined dozens of schoolchildren and other youths near the snowbound Davos Congress Centre for another “school strike”.

“I’m skipping school,” said Maximilian Christian, a 15-year-old high schooler from nearby Coire. “Greta inspired me to join the movement, and now I am here sitting next to her.”

Thunberg arrived in Davos on Wednesday, after a 32-hour train journey from Stockholm, and has been camping out up the mountain at the WEF’s so-called Arctic Basecamp.

“I have stopped flying for climate reasons,” she said earlier this week, adding that she had also convinced her parents to stop flying and to go vegan.

“I want to practise as I preach.”

Asked during the press conference whether she felt her message had been heard, Thunberg said: “I think I have been heard by people, but maybe not listened to by the most important people.”

Despite her subdued demeanour, she fired up the crowds at Davos at events with the likes of Bono and Jane Goodall.

‘Voice of outrage’  The teen said she felt her voice had a particular resonance “because I am a child.”

“When I say that you have stolen my generation and future generation’s future, I think adults feel very guilty,” she said.

Thunberg is “a very powerful voice,” said Christiana Figueres, who spearheaded the 2015 Paris climate accord.

“She is a voice for the younger generation, (and) the voice of outrage.”

After COP24 UN, this youth activist asks governments when they will actually take action against climate change

Amnesty International chief Kumi Naidoo pointed out that “it is young people who are going to pay the consequences for the failure of adult leadership” on climate change.

Thunberg acknowledged that the battle against climate change is “the greatest and most complex challenge that homosapiens have ever faced.”

But the main solution “is so simple that even a small child can understand it: We have to stop our emissions of greenhouse gases.”

“Either we choose to go on as a civilisation or we don’t ... There are no grey areas when it comes to survival.”