The 16-year-old Swede took her class-boycott campaign to Paris on Friday, hoping to encourage more French students to hit the streets with demands for bold efforts to combat global warming 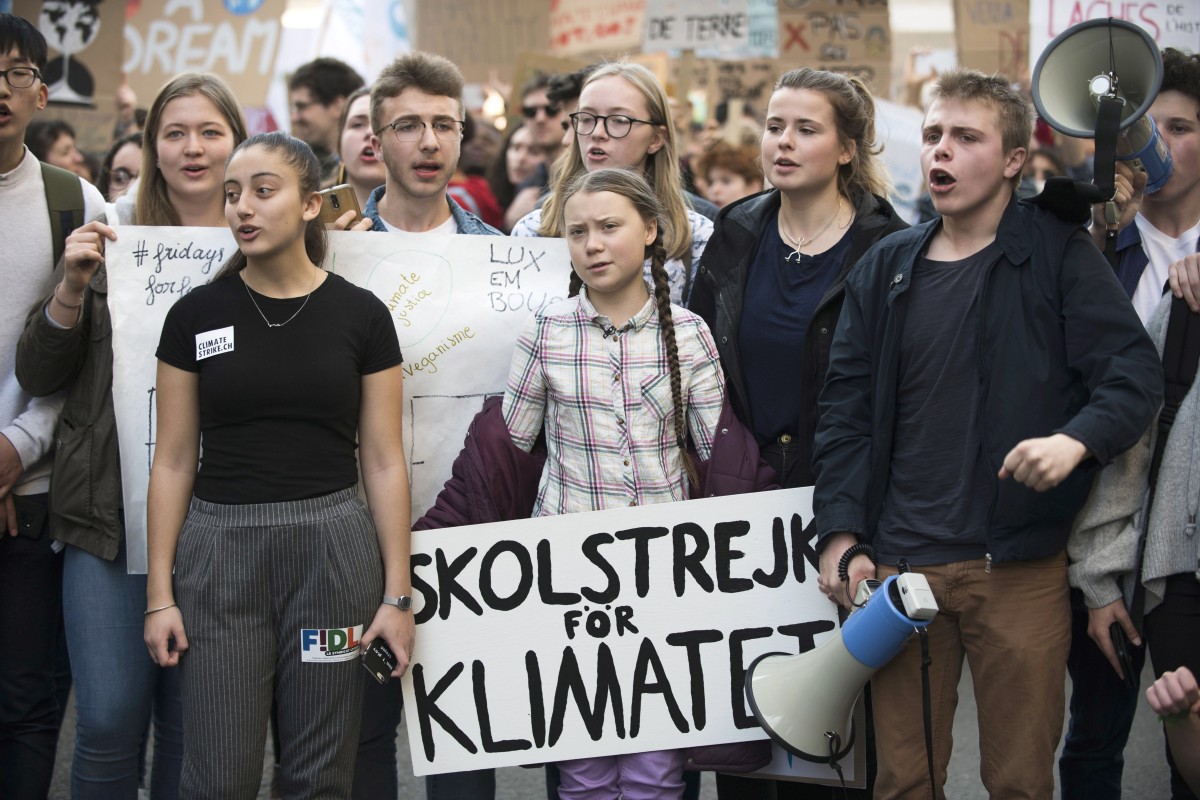 The Friday protests that the 16-year-old Swede launched in August have gained little traction so far in France, where the landmark COP21 international accord on cutting emissions was signed in 2015.

After urging the EU in Brussels to move more aggressively on greenhouse gas cuts on Thursday, Thunberg then travelled to Paris where she met up with young activists from France, Belgium and Germany for a march which was also joined by French actress Juliette Binoche.

“I never thought it would get so big and I think it’s amazing,” Greta said of her campaign, speaking to journalists ahead of the march. “We, children, we should not have to do this, adults should be taking responsibility.”

A crowd of around 1,000 people took part in the protest in central Paris, one of dozens planned in cities across Europe as part of her “Fridays For Future” movement. But outside Paris, only two other class-cutting marches have been organised - one in Beauvais, just north of Paris, and one in the southwestern city of Dax.

Last Friday, only around 200 students protested outside the environment ministry in Paris.

‘It takes time to mobilise’

“I don’t know why young people mobilise massively in some countries and not others,” Greta said in an interview with French newspaper Le Parisien which was published on Friday. “France, the country of COP21, needs to do what it says it will,” she added.

Under the 2015 Paris deal to limit global warming to well below 2 degrees Celsius, the 28-nation EU has pledged to cut greenhouse gas emissions by at least 40 per cent by 2030, compared to 1990.

“There have been other social movements which were very active” in France, said 22-year-old Romaric Thurel, one of the coordinators of Youth For Climate France. “France is a big country and it takes time to mobilise, but we feel a shift.”

She made global headlines in December with a strong-willed speech at a UN climate meeting in Poland, and last month took her message to the top corporate echelons at the World Economic Forum in Davos, Switzerland. In the last six months, tens of thousands of seconday school students - in Sydney, Brussels, Berlin, The Hague, London and other cities - have followed her lead.

On Thursday, she joined around 7,500 Belgian student activists who staged a march in Brussels, their seventh such protest. “I think it is very good that the young protest in the streets of Europe to defend the environment,” European Commission chief Jean-Claude Juncker said on Thursday, urging adults to join them.

But despite the enthusiastic reception, Greta said she had received little indication on Thursday that EU leaders were ready to heed her call for faster action. “I didn’t hear any concrete promise by political leaders and officials; they only say that they are going to try their best,” she said.