Annabelle Baker, of natural cosmetics firm Lush Asia, explains why being 'sustainable' is not enough to help save the environment

Baker, who originally planned to work for the United Nations, says it is important to understand the true meaning and impact of ethical buying 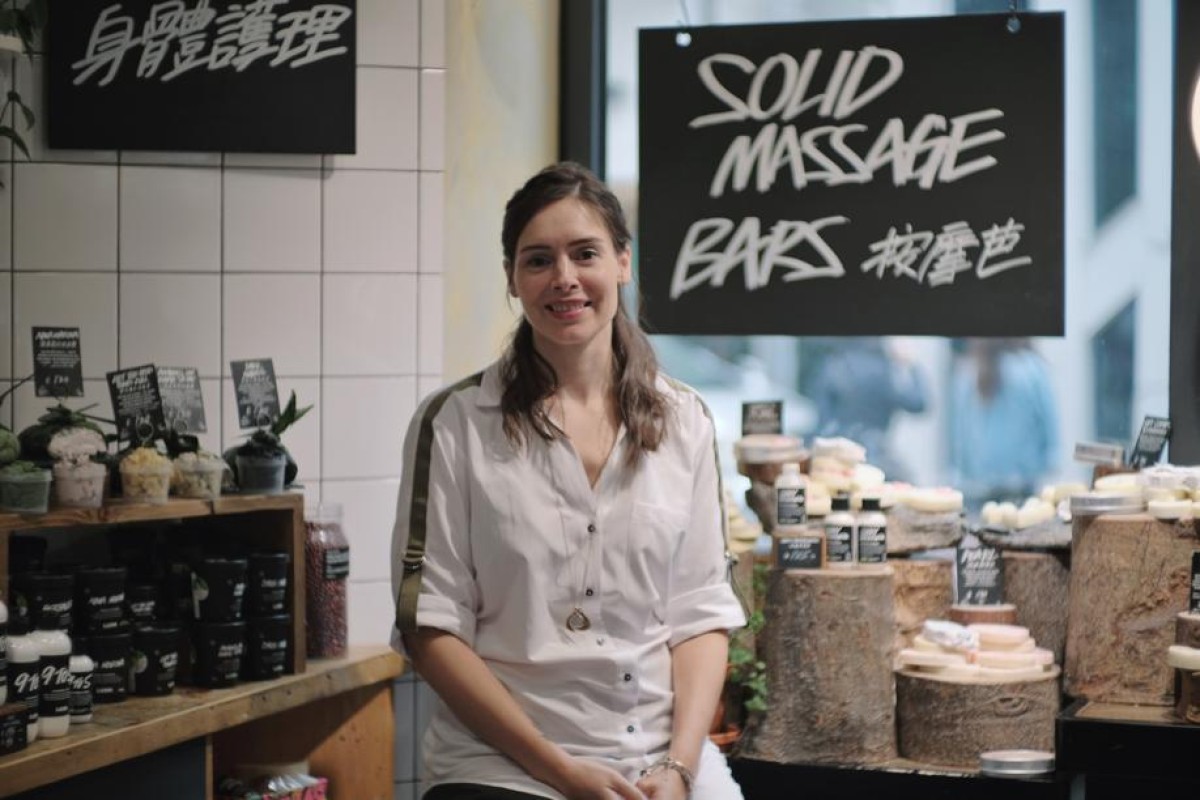 Baker joined the company more than 20 years ago as a part-time staff.

Annabelle Baker can still remember the first time she ever came across one of Lush’s product in her own home. One day about 20 years ago, she came home from school and saw something in the fridge that she’d never seen before. At first, she thought it was food, until her mum told her that it wasn’t – they were face masks from a store just around the corner from her mum’s flower shop.

In 1995, the company opened one of its first shops on King’s Road in London, and it was there that Baker got a part-time job as a sales assistant. Now, more than two decades on, she is the company’s Asia director. “Even from the beginning, I knew it was going to be a fun place to work,” Baker recalls. “I wasn’t [ever] worried about working on a Saturday, I’d look forward to it.”

Still, working for the company as an adult wasn’t something she ever expected would happen. Although she stayed with them while at university, Baker was convinced that she was going to work for the United Nations once she graduated. Mark Constantine, one of Lush’s founders, thought otherwise. “He told me, ‘You could join the UN, but you’re going to enact real change if you’re here’.” Although Baker did not fully understand what he meant by that, Constantine’s words and her own belief in the values that Lush upholds were enough to convince her to stay on.

Baker, who has been a vegetarian since she was 11 and who has actively campaigned against the sport of fox-hunting in Britain, has always been passionate about animal welfare. The cause just so happens to be one of the founding values of the British company, too.

“My inspiration comes from my grandfather, who was a farmer,” Baker says. They had animals that were raised to be eaten, a process which had no little part in her early decision to stop eating meat. “But what I also understood from him was the care of the land,” She adds. “It’s about listening to the land, and looking after the land. Because then it looks after you.”

In 2003, Baker and several of the founders of Lush set up a side brand called B Never Too Busy To Be Beautiful, which was folded back into the main company seven years later. She then started working on international business development and, in 2012, the opportunity to build the foundation of their business in Hong Kong came up. “I wanted something that I could carve out and create [myself],” Baker says.

“I wanted to be a part of the future global leadership and, to do that, I knew I must take these roles to effect change.” How people view sustainability is one of the things Baker intends to change. Although the word is used a lot in regards to environmental protection, she says sustainability is often used to describe a way to maintain the status quo. That, to Baker, is not enough.

“We have to go beyond that,” she says. “Ethical buying is about how we can put that change into practice.” Although some people might assume that means only ever using natural products, Baker says ethical buying is more about being aware of the impact of your decisions in all respects, from the way they change the ecosystem to the way they can affect local communities.

Today, many years after her graduation, Baker understands a little more of what Constantine meant by being able to help enact real change.

“The business is so much more than a business. The truth is, at Lush, you can actually go out and make a change and impact today. And it’s been the most exciting thing to be a part of that.”