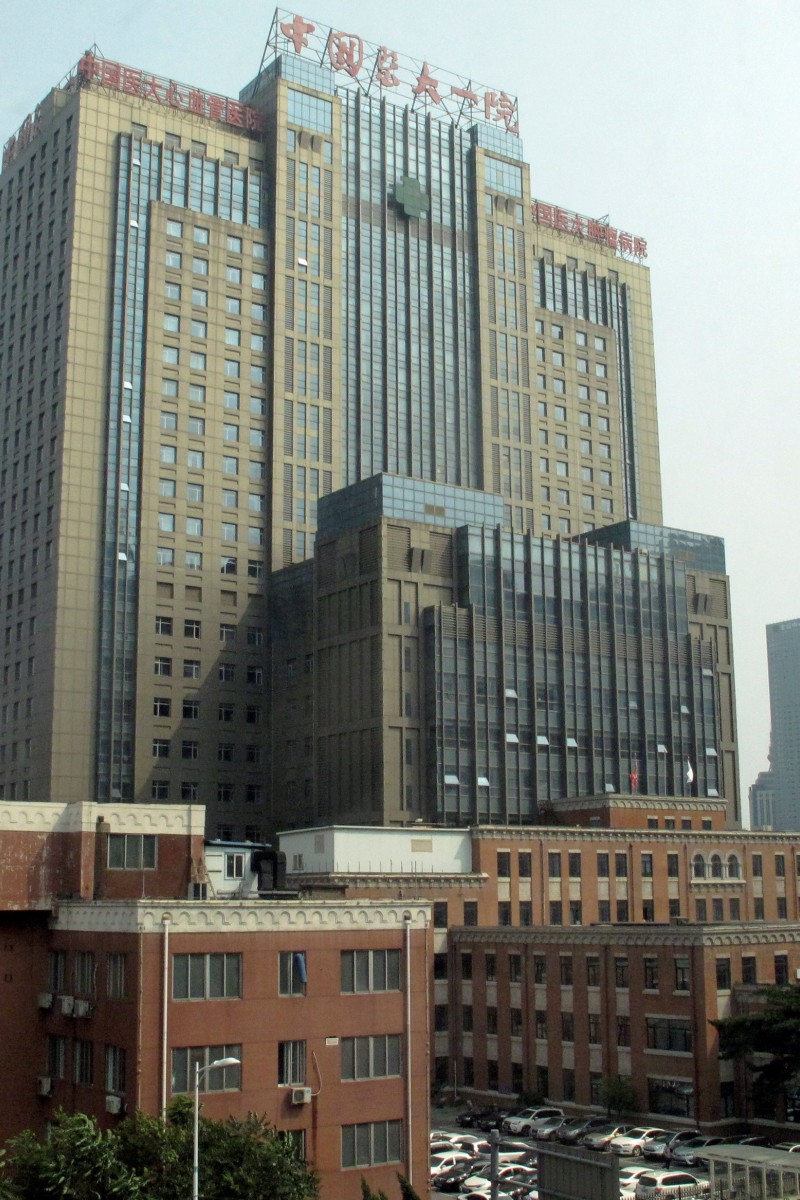 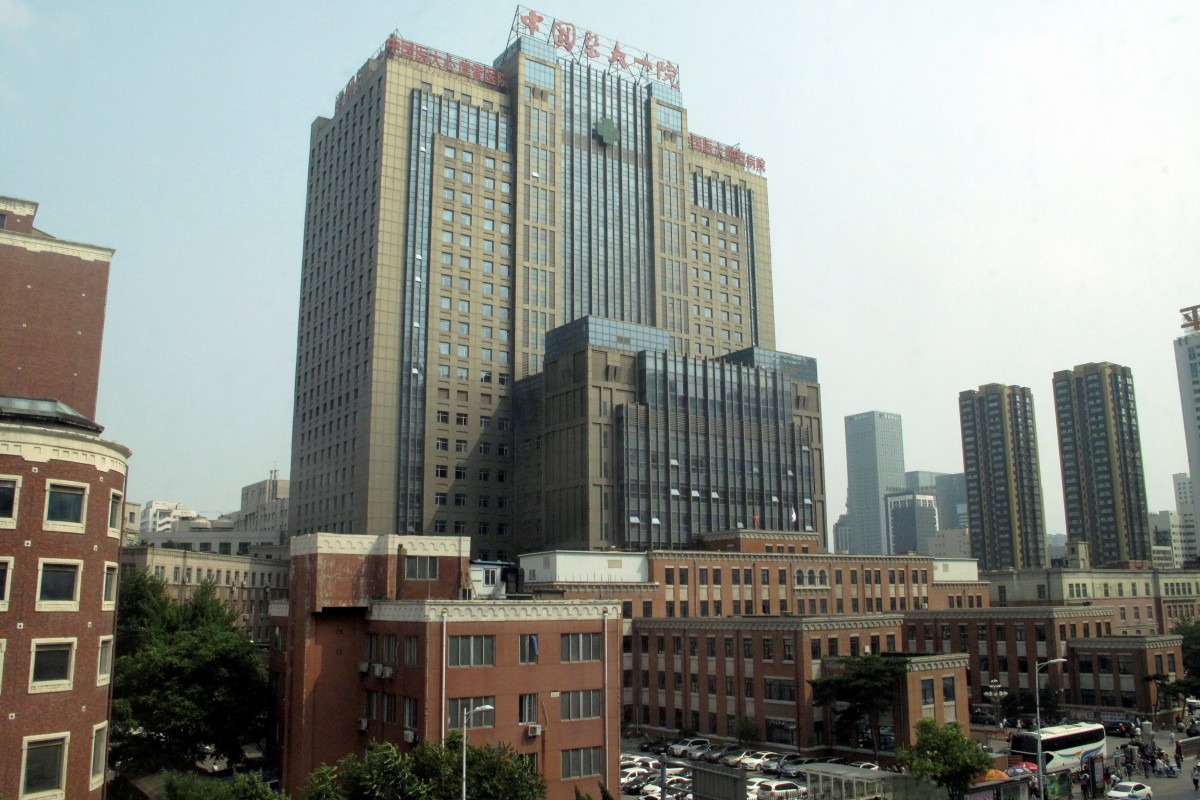 Building number 1 of the First Hospital of China Medical University where friends of sick dissident Liu Xiaobo say he was being treated, in Shenyang.

From coordinated leaks of hospital security video to a near-total news blackout for Chinese-language media and social media, the Chinese government’s sprawling propaganda machine has revved up efforts to contain the controversy surrounding its most well known political dissident.

In an update on Tuesday afternoon, the hospital treating Liu said he remained in critical condition and is now on dialysis and organ support. Liu was convicted in 2009 of inciting subversion for his role in the “Charter 08” movement calling for political reform. He was awarded the Nobel Peace Prize a year later while in prison.

Chinese media have hardly mentioned repeated calls by the US, the European Union and others for Beijing to let Liu leave on humanitarian grounds. On Tuesday, US State Department spokeswoman Heather Nauert again urged China to parole Liu so he can receive medical care wherever he wants.

Chinese media have provided heavy coverage this past week of President Xi Jinping’s recent achievements, especially his travels to Russia and Germany, which they showed as a huge public relations victory for China.

On Tuesday, state newspapers including the official People’s Daily and the English-language China Daily repeated Xi’s call to “unswervingly advance” China’s judicial reform and improve the military. Meanwhile, the daily questions about Liu by the international press has been taken out of the ministry’s published transcripts, as if they were never asked.

“It is probably out of politics that some people and forces are requesting Liu to be treated abroad,” the Global Times tabloid, published by the People’s Daily, said in an editorial on Tuesday headlined “Liu’s cancer treatment mustn’t be politicized.”

“Today’s China is stronger and more confident, and will not yield to Western pressure,” it said, accusing unidentified overseas forces of “squeezing Liu for their political goals.”

Foreign ministry spokesman Geng Shuang said again on Tuesday that China hopes other countries can “respect China’s judicial sovereignty and not use such an individual case to interfere in China’s domestic affairs.”

The response is a reflection of the party’s fear of showing weakness “either at home or abroad,” said Andrew Nathan, an expert on Chinese history and politics at Columbia University.

Any sign of giving way “would only encourage domestic enemies and foreign critics,” Nathan said, adding, “Been tough up to now, better continue being tough to the end.”

A more subtle effort to shape the narrative came this week when a video from Liu’s hospital room emerged just as the government was saying that he was too sick to be transported abroad and was already receiving world-class treatment in China.

However, in a subsequent statement that was ignored by Chinese media, the German and American doctors said Liu was capable of traveling abroad, and the German Embassy in Beijing lashed out at China for “selectively leaking” the video to state media in a breach of doctor-patient confidentiality.

“It seems that security organs are steering the process, not medical experts,” the embassy said. “This behaviour undermines trust in the authorities dealing with Mr. Liu’s case, which is vital to ensure maximum success of his medical treatment.”

After Liu’s diagnosis was made public in June, a jailhouse video montage quickly found its way onto YouTube that showed him playing badminton with a prison guard, chatting with his wife during a visit and sitting for a teeth cleaning - all intended to show a decent quality of life behind bars at Jinzhou Prison. At one point, he was shown remarking about the “great care” that prison authorities have shown for his health.

Watson Meng, who runs the overseas Chinese-language media site Boxun that reposted the video, said he believed it must have been released by the authorities as part of their propaganda campaign.

Bao Tong, shown in this 2014 picture, is learning to tweet to reach the world outside.
Photo: EPA

Outside of official channels, unauthorised discussion of Liu has been swiftly punished. A police document that surfaced on the Internet this week described how a 38-year-old man in central Hunan province had been detained for seven days for discussing Liu’s situation on WeChat, a social media messaging app.

News searches for Liu’s name on Baidu, China’s largest internet search engine, have turned up no hits since February. Searches on WeChat also turn up empty.

Liu Xiaobo and wife should be allowed "freedom of movement", US embassy says

Many supporters of political reform inside China have instead taken to Twitter, which is inaccessible in China without special software, to get around government censors. Bao Tong, a 85-year-old former top Communist Party official who has been under house arrest for decades, began learning to tweet this week because he has been forbidden from giving media interviews or publishing articles about Liu, according to his son, Bao Pu.

“China’s state-run media ... won’t even report relevant information,” the elder Bao fumed in one tweet. In another, he commemorated Liu’s calls for freedom, referring to the first line of China’s national anthem, “Rise up, all those who don’t want to be slaves.”