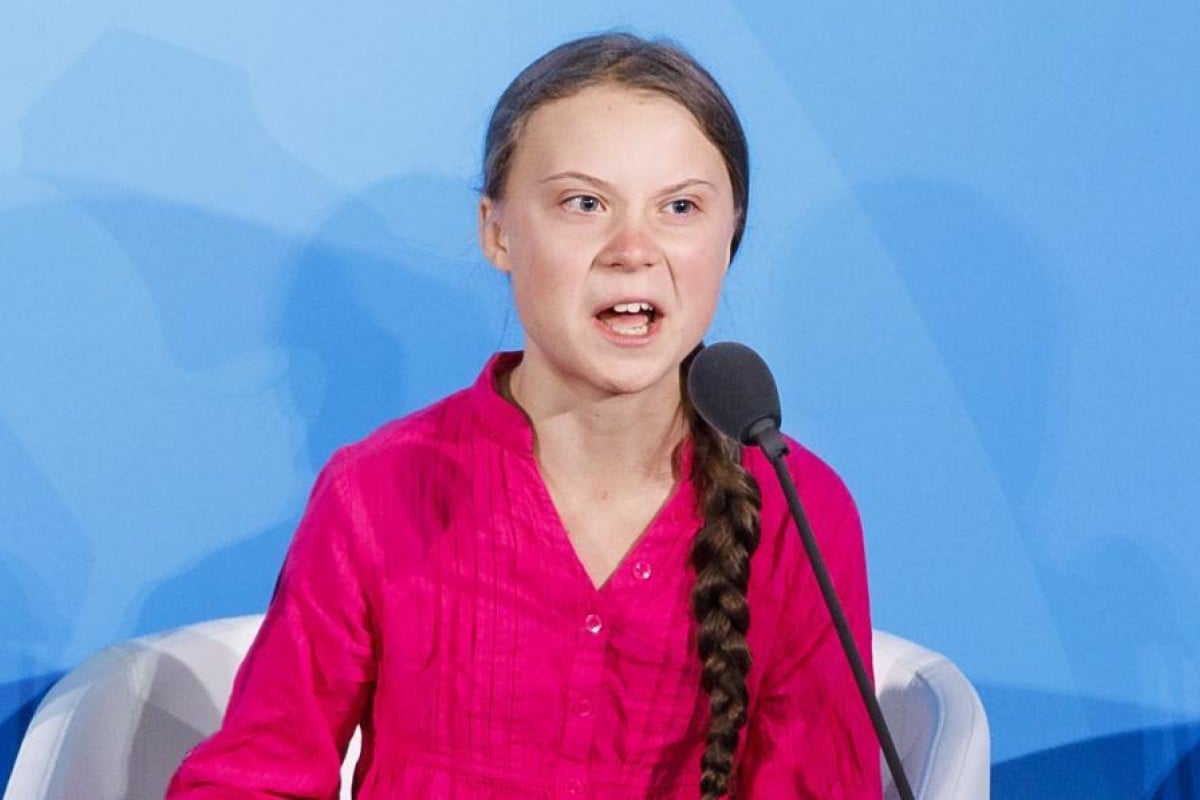 "How dare you?" asked a visibly angry Greta Thunberg at the UN's Climate Action Summit.
After a year spent protesting on the streets, it was Greta Thunberg’s moment on the world stage, and she did not disappoint, accusing leaders of betrayal and repeatedly demanding “How dare you?” in a raw, emotional speech.
Since landing on US shores on a sailboat in August, the Swedish teen has spoken only briefly at public events, preferring to pass the mic to lesser-known activists so that more voices are heard.
Not so at Monday’s Climate Action Summit, convened by UN chief Antonio Guterres to reinvigorate the Paris agreement, where Greta was determined to make the most of the allotted time.
Read the full text of Greta's speech

She began by telling the audience: “My message is that we’ll be watching you,” eliciting some laughter.

But it soon became clear that humour was not what she was going for.

“This is all wrong,” Greta said, becoming visibly angry. “I shouldn’t be up here. I should be back at school on the other side of the ocean.”
“Yet, you come to us young people for hope. How dare you?” the 16-year-old, who has taken time off from her education to focus on activism, thundered.
“You have stolen my dreams and my childhood with your empty words, yet I’m one of the lucky ones. People are suffering, people are dying, entire ecosystems are collapsing.
“We are in the beginning of a mass extinction, and all you can talk about is the money and fairy tales of eternal economic growth. How dare you!”
Young Post's exclusive interview with Greta
She said that in her talks with leaders, she had been told that the youth were being heard and the urgency was understood.
“But no matter how sad and angry I am, I do not want to believe that, because if you really understood the situation and still kept on failing to act, then you would be evil, and that I refuse to believe.”
World Leaders have been invited to speak at the Climate Action Summit, which was organised by the United Nations Secretary-General Antonio Guterres, for the purpose of proposing plans for addressing global climate change.
Photo: EPA

Greta reeled off a litany of damning facts and statistics to build up her argument.

She said the popular goal of reducing emissions by 50 per cent by 2030 only gave the planet a 50 per cent chance of avoiding a long-term temperature rise of 1.5 degrees Celsius, vital to avert catastrophe, and that “a 50 per cent risk is simply not acceptable to us.”

“There will not be any solutions or plans presented in line with these figures here today because these numbers are too uncomfortable, and you are still not mature enough to tell it like it is.”

Greta Thunberg speaks before US Congress, demanding they listen to scientists