Alexandria Villasenor’s asthma flared up during the wildfires in California last year, and her experience spurred her into action 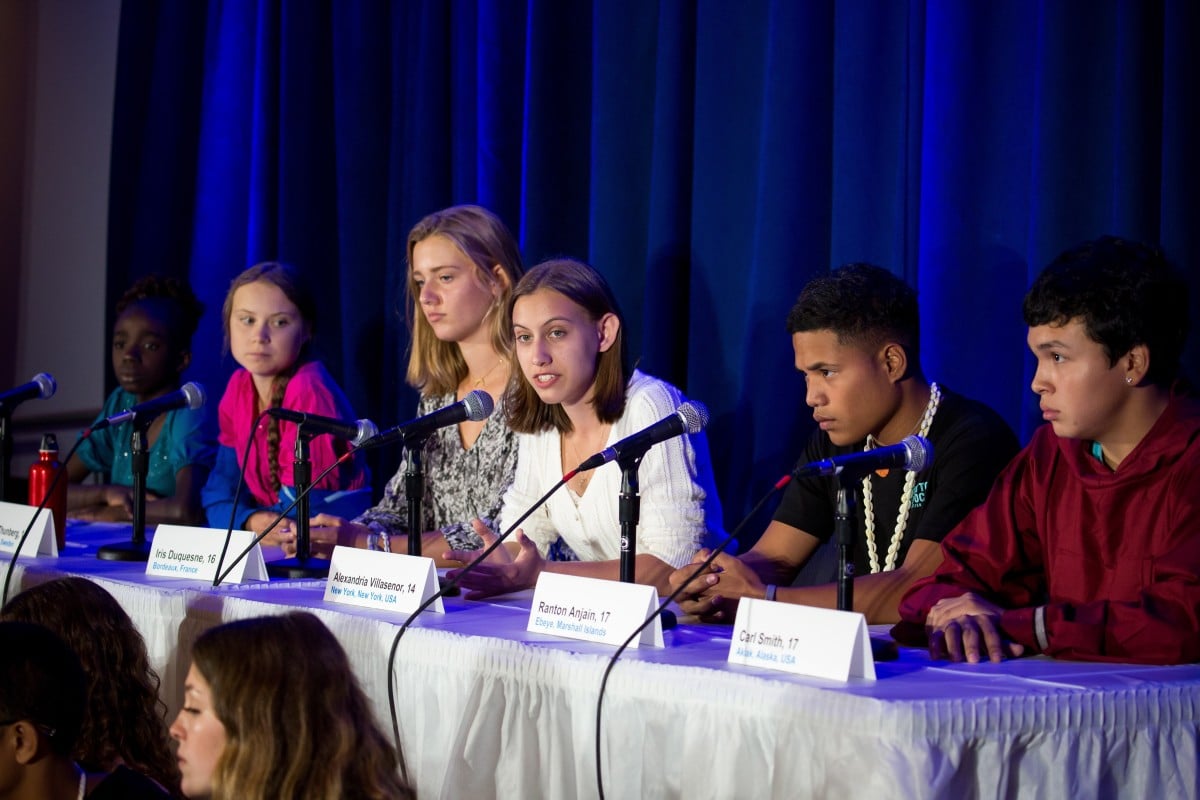 In the US, young activists are using legal means to challenge the government's climate policy.

As fires ravaged the town of Paradise, California, last year, killing 86 people and destroying 15,000 homes in Northern California in the United States, smoke seeped south into the city of Davis. Face masks were distributed, but they were not impenetrable, and smoke inhalation began to overwhelm many, including Alexandria Villasenor, whose asthma was triggered.

“I remember being so scared thinking about how if I stood outside for too long, I could collapse and it would be over,” the 14-year-old climate activist said.

Villasenor had recently moved to New York City from Davis, and was in her home state visiting family when the deadliest fire in California history ignited. She was soon sent back to New York, where she wound up in the emergency room after her asthma continued. There, she began to research wildfires and their connection to climate change.

Less than a month later, she sat outside the United Nations, joining 16-year-old Swedish activist Greta Thunberg in a solidarity protest of global governmental inaction in addressing the climate crisis. Villasenor said she’s been out there every Friday since for the past 41 weeks — through snow, sleet, rain and the polar vortex – while working to mobilize students throughout the country to join the fight.

On Monday, days after helping to lead a worldwide demonstration for climate change response, Villasenor, Thunberg and 14 other youths ranging in age from 8 to 17 and representing 12 nations, filed an official complaint to the United Nations Committee on the Rights of the Child for violating the human rights of children. The complaint is directed specifically to Argentina, Brazil, France, Germany and Turkey.

“We’re here as citizens of the planet, as victims of the pollution that’s been carelessly dumped into our land, air and sea for generations, and as children whose rights are being violated,” Villasenor said at UNICEF Headquarters in New York. “Thirty years ago, world leaders made a historic commitment to the world’s children by adopting the United Nations Convention on the Rights of the Child — an internationally binding Human Rights treaty which sets out the human rights of all children — without discrimination of any kind. It is the most ratified human rights treaty in the world. And it is for us. But it seems like the world governments have forgotten about their commitments.”

The complaint includes Villasenor’s diary entry following the Paradise fires, and her account of how the experience has affected her in the 10 months since.

“So, it’s a good thing I’m leaving (Davis) because I smell smoke inside the house. I have a cold washcloth over my face but I still feel sick. Smelling in the smoke gets me anxious. Earlier I had a panic attack, it wasn’t as bad as others but still not the most fun. With me getting like this I’m so scared to go on a plane by myself. I feel like crying (right now) honestly. I’m holding it in though,” the entry reads.

Villasenor just started eighth grade. Passionate about theatre and storytelling, she believed that life in New York would be filled with Broadway shows and walks through Central Park. Instead, she’s devoted herself to a larger cause, opting for action — something that has helped her emotionally and mentally — over time spent with friends or reading books for fun.

“It’s unfair that youth activists have given up part of their childhood to advocate for their future,” she said. “It’s upsetting that the climate crisis has been put on my generation’s shoulders.”

In 2015, 21 youths sued the US government over the climate change crisis. The case, Juliana v. United States, is still moving through the federal court system.

Villasenor will return to Northern California for the first time later this year. She said she plans to continue her activism wherever she goes, but hopes that something will be done soon to help mitigate the climate problem before she enters high school.

“I don’t want this to be my full-time, unpaid job in the future,” she said. “We are running out of time.”