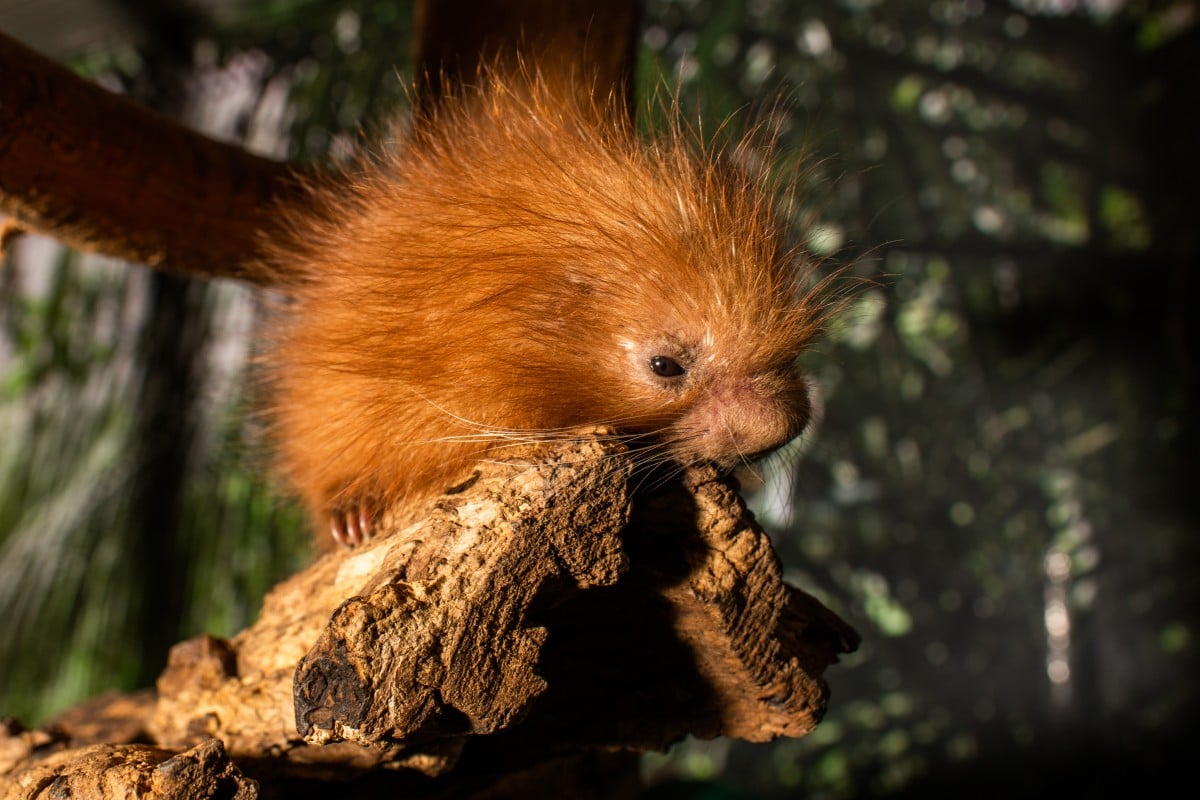 A baby porcupine - called a porcupette - born two months ago at the National Zoo in Northwest Washington, the US, has a new name following an online vote - Quilliam.

It also said that porcupine noses feel like marshmallows.