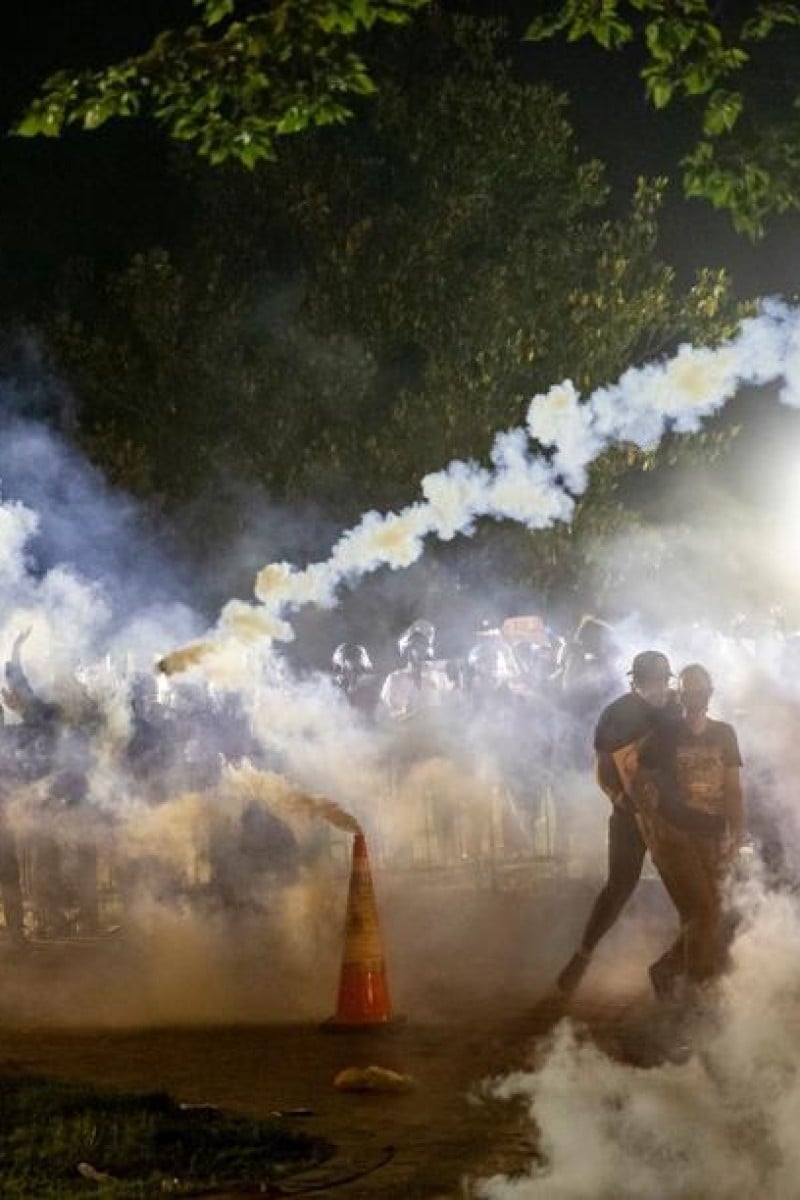 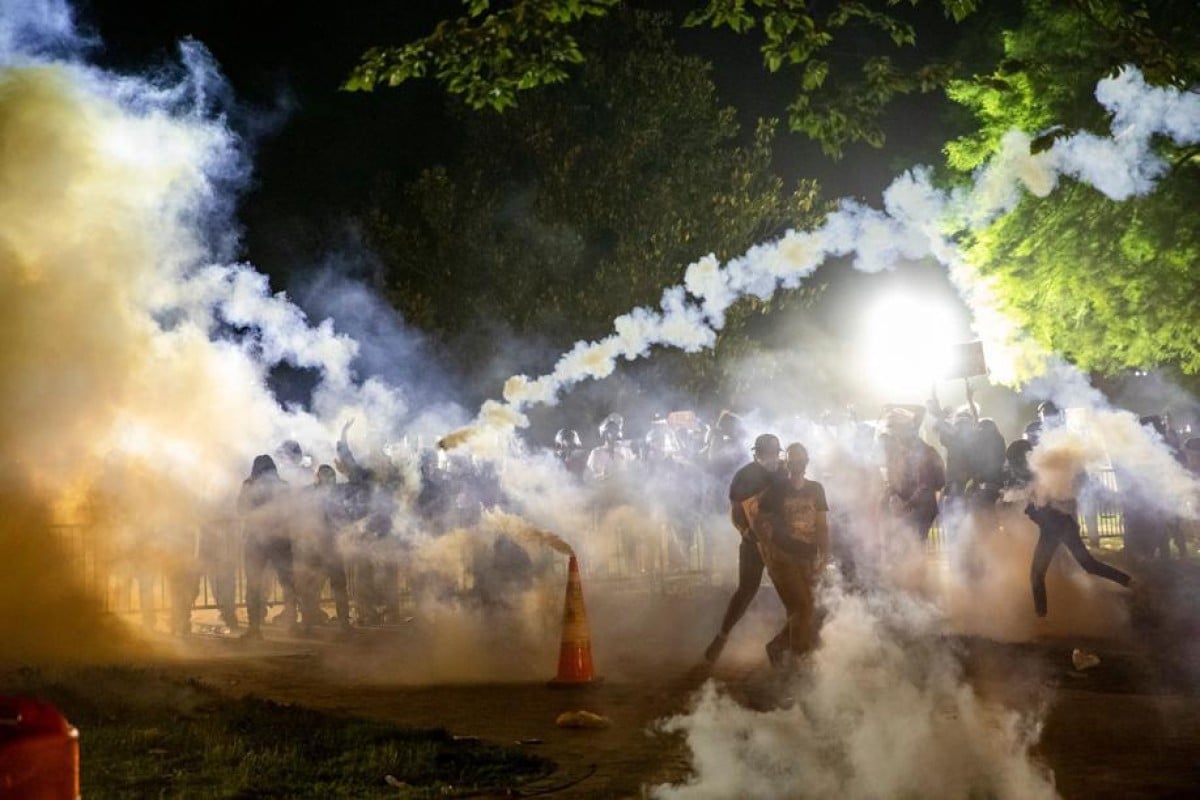 Tear gas rises above as protesters face off with police during a demonstration outside the White House over the death of George Floyd at the hands of Minneapolis Police in Washington, DC.

The history of racism in the US goes back hundreds and hundreds of years, and covers so many events that it would be impossible to explain them all in one article. But we know many Hongkongers may be confused about the protests taking place in the US, the issue of police violence against Black Americans, as well as the history of the Black Lives Matter movement, so here’s a short (but by no means complete) guide to what’s going on.

What are the current protests about?

On May 25, while African-American George Floyd was handcuffed and lying face down on the street, a white Minneapolis, Minnesota police officer named Derek Chauvin pressed his knee into the right side of Floyd’s neck for nearly nine minutes, while Floyd said “I can’t breathe” and “Please don’t kill me”. His death was recorded by bystanders on smartphones and the footage went viral; Chauvin and the three officers with him were fired, and on May 29, Chauvin was charged with murder and manslaughter for Floyd’s death; the other officers have not been charged as of the time of writing.

Peaceful protests began in Minneapolis on May 26, but they later became violent, as stores were destroyed and police fired tear gas and rubber bullets. Since then, protests demanding justice for Floyd’s death have spread across the US, including the US capital of Washington DC and Los Angeles.

Hong Kongers abroad see an uptick in racism due to coronavirus

In the last few years, the issue of police brutality against minorities, especially black people, in the US has come to the forefront of conversation. American football player Colin Kaepernick made news when he began kneeling during the national anthem at games, saying “I’m not going to stand up to show pride in a flag for a country that oppresses black people and people of colour. There are bodies in the streets and people getting paid leave and getting away with murder,” he said, referencing deaths caused by law enforcement.

There are many more instances of police violence against unarmed African Americans; these are just a couple of the most well-known.

Black Lives Matter (BLM) was formed in 2013 by three women – Alicia Garza, Patrisse Cullors, and Opal Tometi – as a response to the acquittal of Trayvon Martin’s murderer, George Zimmerman. Trayvon was an unarmed 17-year-old African-American teen shot and killed by 28-year-old Zimmerman (not a police officer), who claimed self-defense. He was charged with second-degree murder but the jury found him not guilty.

The movement became internationally known for street demonstrations following the 2014 deaths of two African-American men: Michael Brown in Ferguson, Missouri, and Eric Garner, in New York City. In both instances, the men were unarmed and killed by police officers: Michael Brown was shot six times, and Eric Garner was put in a chokehold. Garner’s last words, “I can’t breathe”, became a key slogan of the BLM movement.

A woman takes part in a protest in Minneapolis, wearing a face mask with George Floyd and Eric Garner's last words. Photo: TNS via ZUMA Wire

On its website, BLM describes itself as “an idealogical and political intervention in a world where Black lives are systematically and intentionally targeted for demise. It is an affirmation of Black folks’ humanity, our contributions to this society, and our resilience in the face of deadly oppression.”

The founders of the movement have said that “Black Lives Matter” doesn’t mean other lives DON’T matter – it simply means that black lives matter just as much as everyone else’s.

“We’re not saying Black lives are more important than other lives, or that other lives are not criminalised and oppressed in various ways,” writers BLM founder Alicia Garza on The Feminist Wire. “We remain in active solidarity with all oppressed people who are fighting for their liberation and we know that our destinies are intertwined.”