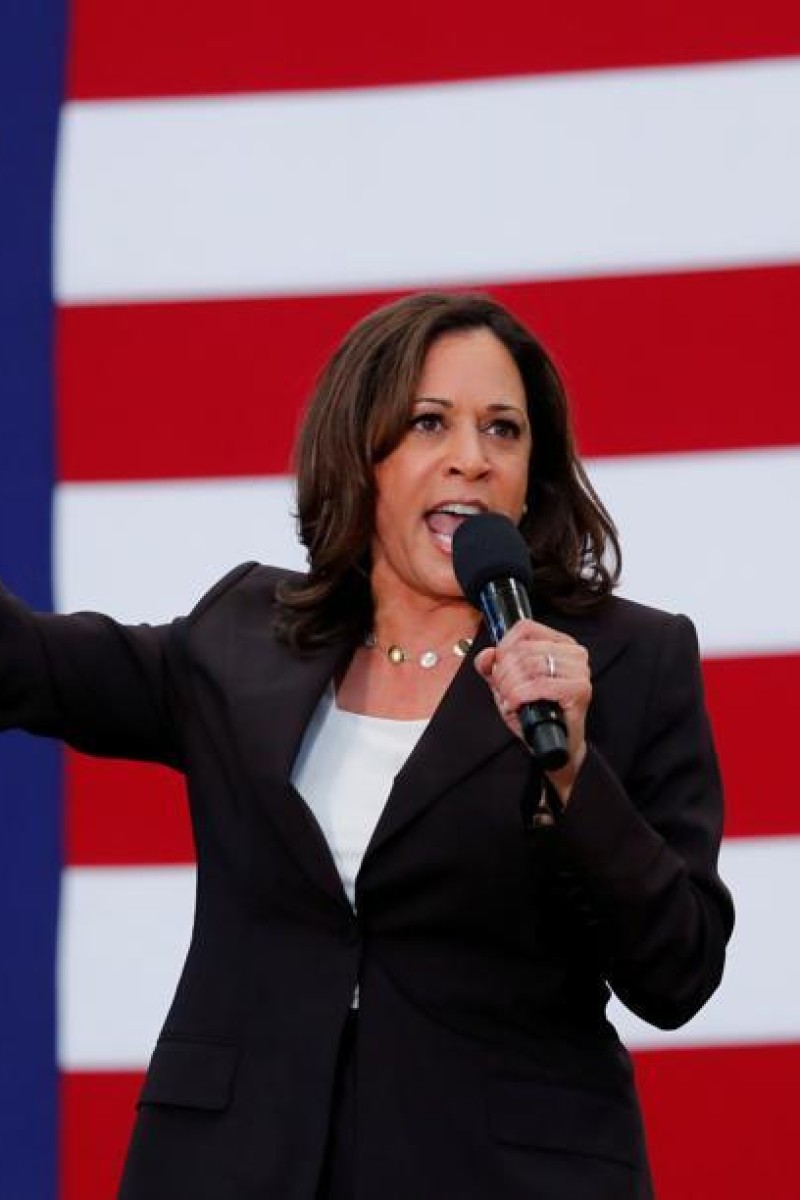 If elected, Senator Kamala Harris would be the first female, black and Indian vice president in US history. Photo: Reuters

Harris, who would become America’s first female and first black vice president if elected, is a “fearless fighter for the little guy, and one of the country’s finest public servants,” Biden, 77, said in revealing his running mate.

“I’m proud now to have her as my partner in this campaign.”

Biden and Harris previously competed against each other for the democratic nomination for president. Photo: Reuters

Harris, who at 55 is two decades Biden’s junior, could appeal to younger voters and women, particularly those in the suburbs who have been fleeing Trump.

The former California attorney general is the first person of Indian descent in the running mate role, and personifies the diversity seen as key to building enthusiasm for the Democratic ticket, particularly in a year marked by a historic reckoning on race.

She is the third female vice presidential nominee for a major party, after the groundbreaking but unsuccessful runs of Democrat Geraldine Ferraro in 1984 and Republican Sarah Palin in 2008.

Harris, who ran for the 2020 Democratic presidential nomination against Biden, said she was “honoured” to join the ticket and would “do what it takes” to help him win.

“@JoeBiden can unify the American people because he’s spent his life fighting for us. And as president, he’ll build an America that lives up to our ideals,” she tweeted.

If he won, Biden would be the oldest person to take the office, and there is broad speculation that should Biden win, he would serve one four-year term and groom his Harris to succeed him.

President Donald Trump said he was “surprised” at Biden's choice given what Trump called Harris’s lackluster performance in the Democratic nomination race.

“She did very poorly in the primaries” Trump told reporters at the White House. “And that’s like a poll.”

He went on to attack Harris for her role in the bruising confirmation hearings of Supreme Court Justice Brett Kavanaugh, calling her “the meanest, the most horrible, the most disrespectful of anybody in the US Senate.”

Biden’s pick of Harris drew ringing endorsements from other quarters -- including from Barack Obama, America’s first black commander in chief.

“She is more than prepared for the job,” tweeted Trump’s predecessor. “This is a good day for our country. Now let’s go win this thing.”