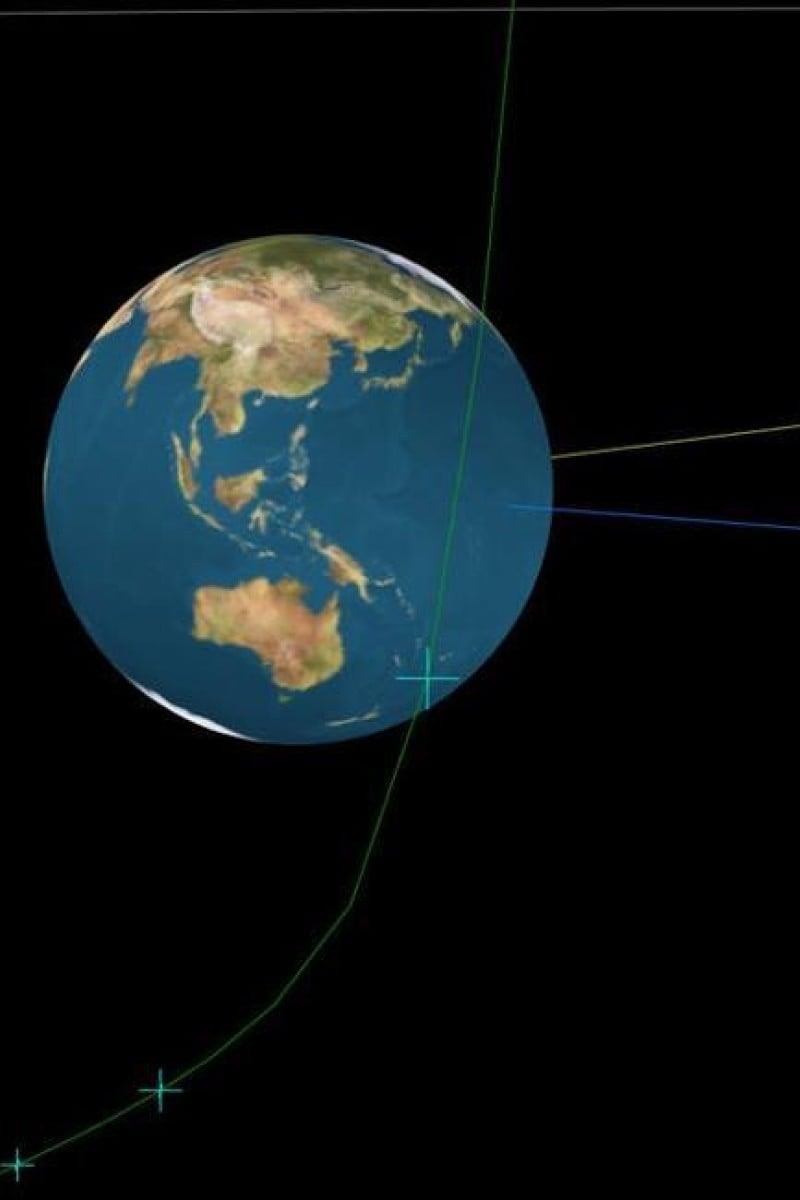 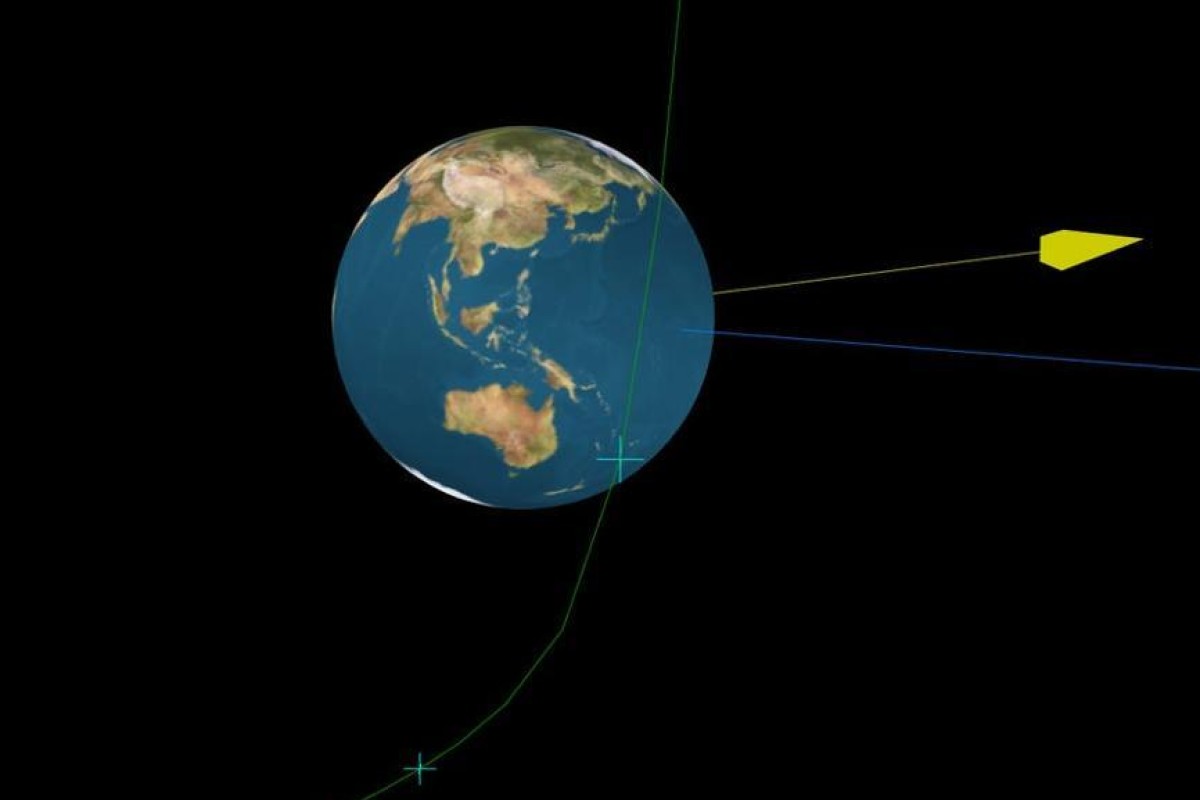 A diagram of asteroid 2020 QG flying past Earth on August 16. The yellow arrow shows the direction of the sun, blue shows Earth’s direction, and the green hatches show the asteroid's location every 30 minutes. Image: Minor Planet Centre/International Astronomical Union

A car-sized asteroid flew within about 2,950km of Earth on Sunday.

That’s remarkably close – the closest ever recorded, in fact, according to asteroid trackers and a catalogue compiled by Sormano Astronomical Observatory in Italy.

Because of its size, the space rock likely wouldn’t have posed any danger to people on the ground had it struck our planet. But the close call is worrisome nonetheless, since astronomers had no idea the asteroid existed until after it passed by.

“The asteroid approached undetected from the direction of the sun,” said Paul Chodas, the director of Nasa’s Centre for Near Earth Object Studies. “We didn’t see it coming.”

Instead, the Palomar Observatory in California first detected the space rock about six hours after it flew by Earth.

Chodas confirmed the record-breaking nature of the event: “Yesterday’s close approach is closest on record, if you discount a few known asteroids that have actually impacted our planet,” he said.

Nasa knows about only a fraction of near-Earth objects (NEOs) like this one. Many do not cross any telescope’s line of sight, and several potentially dangerous asteroids have snuck up on scientists in recent years. If the wrong one slipped through the gaps in our NEO-surveillance systems, it could kill tens of thousands of people.

This recent near-Earth asteroid was initially called ZTF0DxQ but is now formally known to astronomers as 2020 QG. Business Insider first learned about it from Tony Dunn, the creator of the website orbitsimulator.com.

“Newly-discovered asteroid ZTF0DxQ passed less than 1/4 Earth diameter yesterday, making it the closest-known fly-by that didn’t hit our planet,” Dunn tweeted on Monday. He shared the animation below.

The sped-up simulation shows the approximate orbital path of 2020 QG as it careered by at a speed of about 12.4km per second or about 44,417km/h.

Early observations suggest the space rock flew over the Southern Hemisphere just before 4am Universal Time on Sunday (just before midnight ET on Saturday).

The animation above shows 2020 QG flying over the Southern Ocean near Antarctica. However, the International Astronomical Union’s Minor Planet Centre calculated a slightly different trajectory. The group’s rendering (shown at the beginning of this story), suggests the asteroid flew over the Pacific Ocean hundreds of kilometres east of Australia.

How come some people with Covid-19 don't show symptoms?

Telescope observations suggest the object is between 2 metres and 5.5 metres wide – around the size of a car. But even if it was on the largest end of that spectrum and made of dense iron, only small pieces of such an asteroid may have reached the ground, according to the “Impact Earth” simulator from Purdue University and Imperial College London.

Such an asteroid would have exploded in the atmosphere, creating a brilliant fireball and unleashing an airburst equivalent to detonating a couple dozen kilotonnes of TNT. That’s about the same as one of the atomic bombs the US dropped on Japan in 1945. But the airburst would have happened some 5km above the ground, so it wouldn’t have sounded any louder than heavy traffic to people on the ground.

This doesn’t make the asteroid’s discovery much less unnerving, though – it does not take a huge space rock to create a big problem.

Take, for example, the roughly 20-metre-wide asteroid that exploded without warning over Chelyabinsk, Russia, in February 2013. It unleashed an airburst equivalent to 500 kilotonnes of TNT – about 30 Hiroshima nuclear bombs’ worth of energy. The explosion, which began some 20km above Earth, resulted in a blast wave that shattered windows in six Russian cities and injured about 1,500 people.