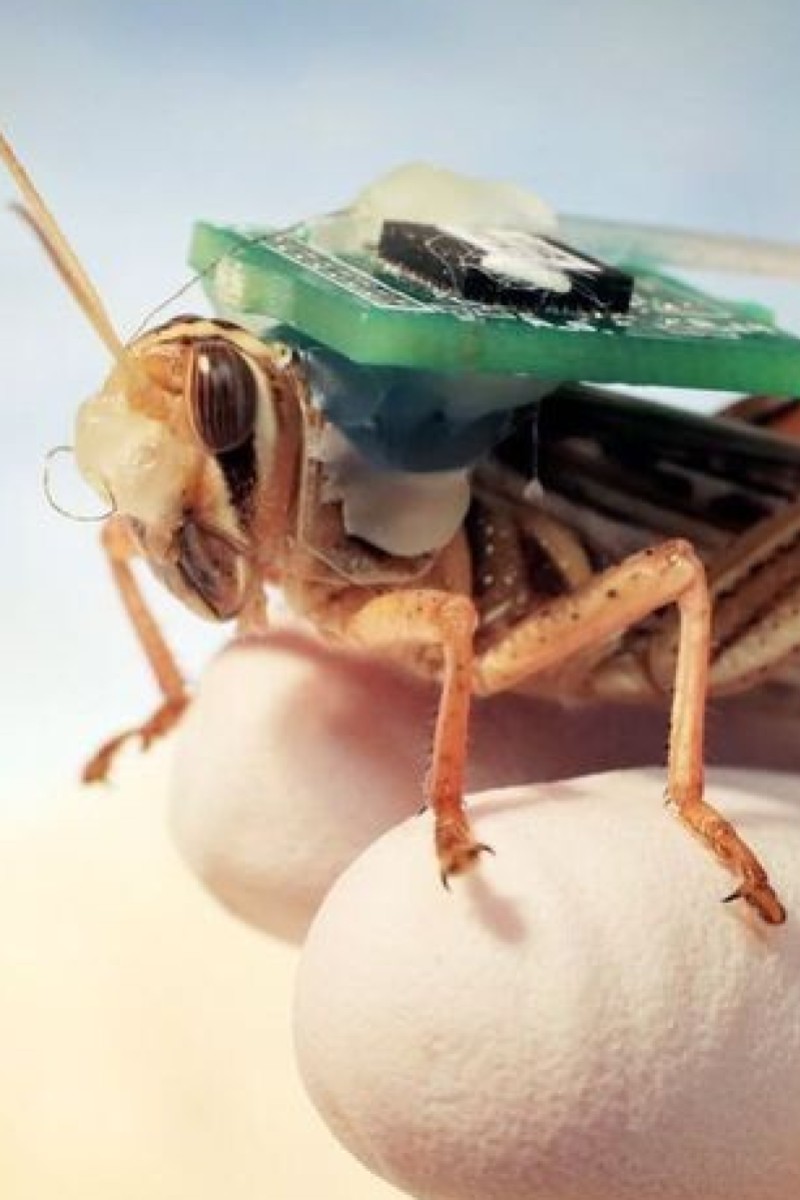 Bomb-sniffing ‘cyborg locusts’ could be US Navy’s latest recruits 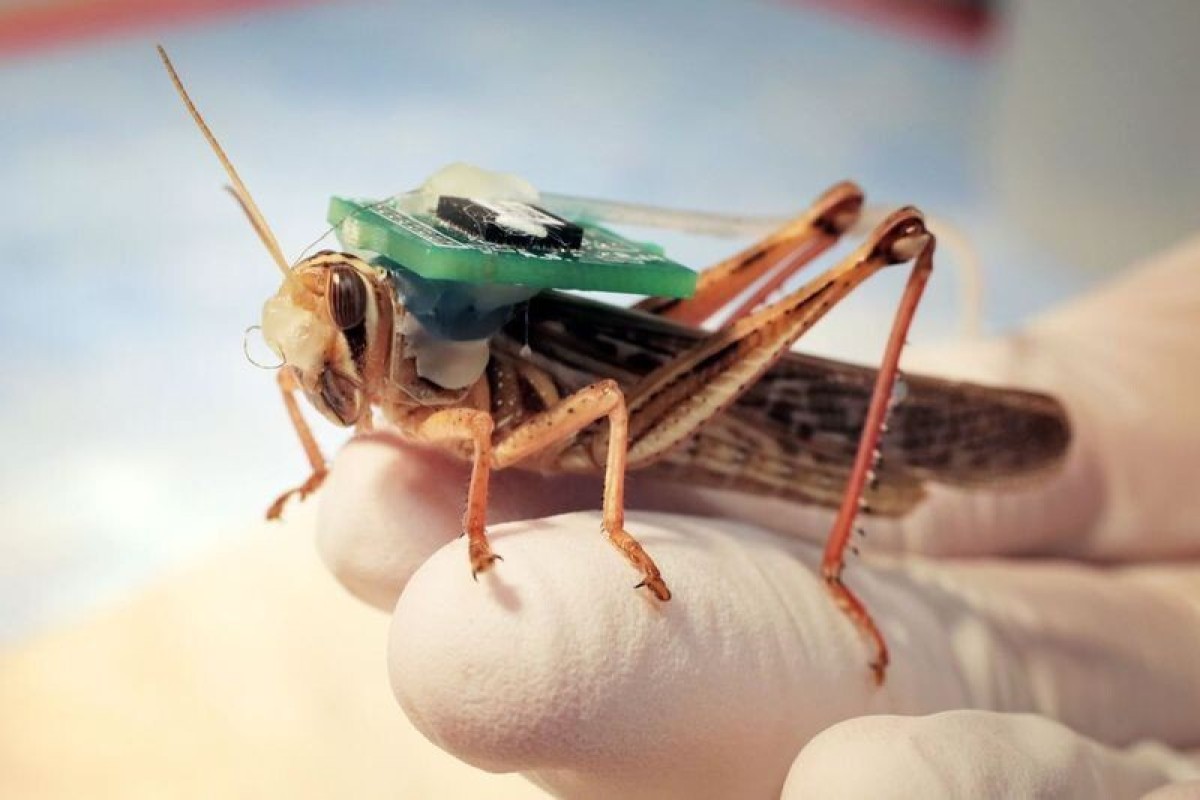 Not quite Terminator, but bomb-sniffing “cyborg locusts” could be the next iteration of animals that work in US national security, according to military news agency Stars and Stripes.

The US Navy has funded experiments by Washington University researchers which reportedly indicate that locusts can differentiate between TNT, ammonium nitrate and other bomb-making materials, and locate their origins almost immediately.

Locusts are known to have an elite sensing mechanisms in their antennae, but scientists weren’t certain the bugs could detect objects that are foreign to their natural environment.

Biomedical engineering professor Barani Raman and his team’s US$1.1 million (HK$8.5 million) study found that apparently they can.

A locust being fitted with sensors to record its brain activity. Photo: Raman Lab

“It turns out … the insects do have sensors for them and very exquisite sensors … because they can pick up some of these odours at extremely low concentrations – of parts per billion and below,” Raman reportedly learned.

If scientists can better understand the brains and receptors of locusts, they might be able to develop swarms of artificial “electronic noses” superior to what’s being used to search for explosives now, according to Stars and Stripes.

This ‘zombie’ fungus can help with your plague of locusts problems

Because of the simple nature of a bug’s brain, researchers are able to implant technologies that record what locusts smell and how it translates. Locusts are also physically suited to carry “backpacks” containing equipment to read their neurological calculations, the report said.

The study found American locusts worked better in teams than they did as individuals when looking for specific scents. A swarm of seven locusts reportedly turned up positive results 80 per cent of the time. That number dropped by 20 per cent when a single locust was put on the job.

The advancement of cyborg locusts could put regular dogs out of work. While canines make for good bomb sniffers, they come with more baggage than a locust, which is unlikely to be interested in pleasing its human counterpart. Locusts are also cheaper and easier to maintain.

A locust’s antenna is reportedly made up of 50,000 neurons with varying characteristics. Some swarms of locusts can travel more than 130km (about 80 miles) per day, according to National Geographic. They are believed to have been adapting and evolving since prehistoric times.