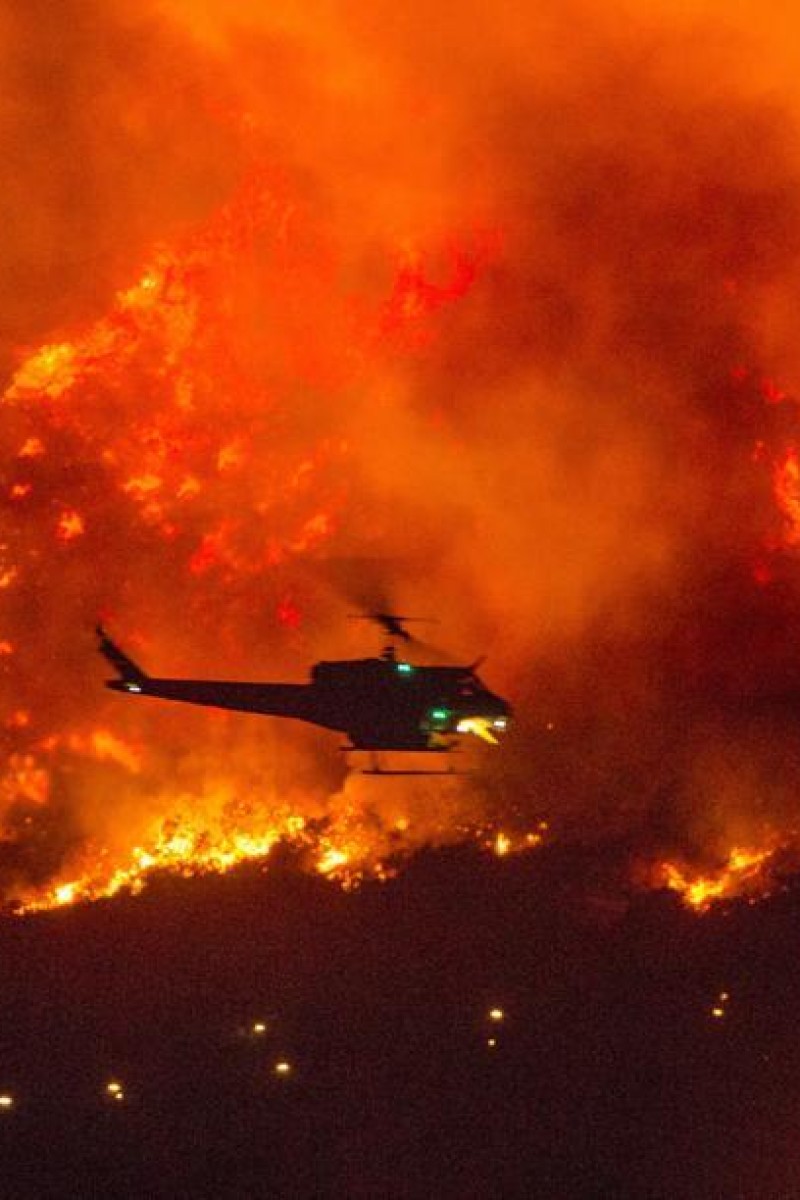 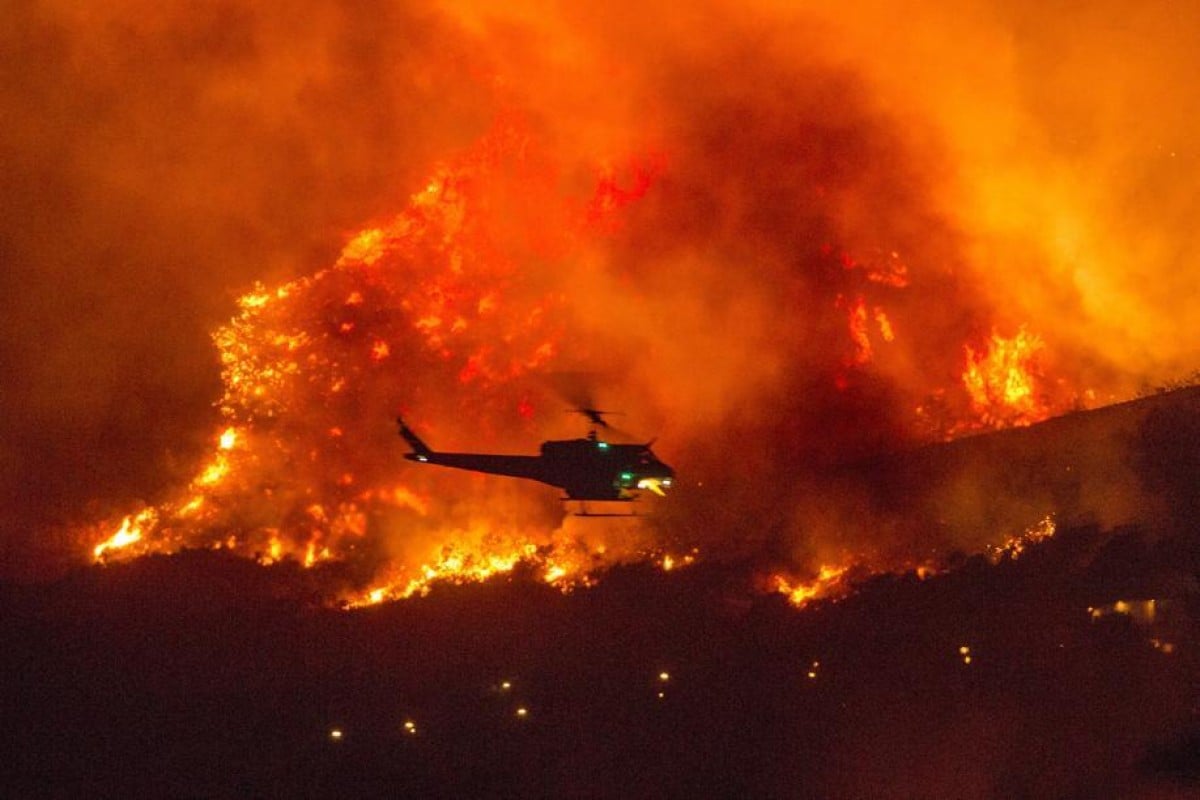 A helicopter prepares to drop water at a wildfire in Yucaipa, California. A couple’s plan to reveal their baby’s gender at a party went up in smoke Saturday at El Rancho Dorado Park in Yucaipa, when a pyrotechnical device they used sparked a wildfire that has burned thousands of acres. Photo: AP

A family's plan to reveal the gender of their baby went up in flames when the device they used sparked a wildfire that burned thousands of acres of land and forced people to flee from a city east of Los Angeles, California.

The fire prompted evacuations in parts of Yucaipa, a city of 54,000, and the surrounding area. Water-dropping helicopters were brought in but the fire has proven stubborn — it grew to 30 square kilometres by Monday morning and more than 500 firefighters on the scene only had minimal containment. No homes have burned and no injuries reported.

It’s the latest in what has become a lengthy list of tragedies at events where typically smoke, confetti, balloons or other coloured objects are used to reveal the soon-to-be-born child’s biological sex — pink for girls and blue for boys. Sometimes the made-for-social-media gatherings are spectacles and include explosives and even guns, and at least one had deadly consequences.

The fire started Saturday morning at El Ranch Dorado Park, a rugged natural area popular with hikers and dog owners. In summer the park’s tall natural grasses dry out and turn golden, and when combined with the San Bernardino Mountains in the distance, provide a popular backdrop for family photos and videos.

Wildfires have burned more than 2 million acres in California this year, setting a state record even as crews battled dozens of growing blazes Monday in sweltering temperatures.

The unidentified couple chose the location to reveal their baby’s gender. They were accompanied by their young children and had a friend or relative videoing on a cell phone, said Capt. Bennet Milloy of the California Department of Forestry and Fire Protection.

The family went into a field and fired off the device, which quickly ignited 1.2 metre grasses, Milloy said. Conditions were perfect for a fire to spread quickly — triple-digit temperatures, low humidity, dry vegetation and a stiff breeze.

Surveillance video showed the couple frantically race to their vehicle to retrieve water bottles to try to extinguish the flames. It was futile and they called emergency services.

“You can’t fight a fire like this with a water bottle,” Milloy said. “They had no chance after it started.“

Firefighters arrived within minutes and the distraught couple told them what happened and provided their own photos and video to aid the investigation, Milloy said.

“It’s a pretty tragic situation,“ he said. “Obviously this was supposed to be a happy event.”

The couple could be liable for the cost of fighting the fire and criminally charged with misdemeanor or felony counts.

The gender of the baby still has not been revealed.