How does the Nobel Peace Prize work? A guide to the award won by Malala and Barack Obama 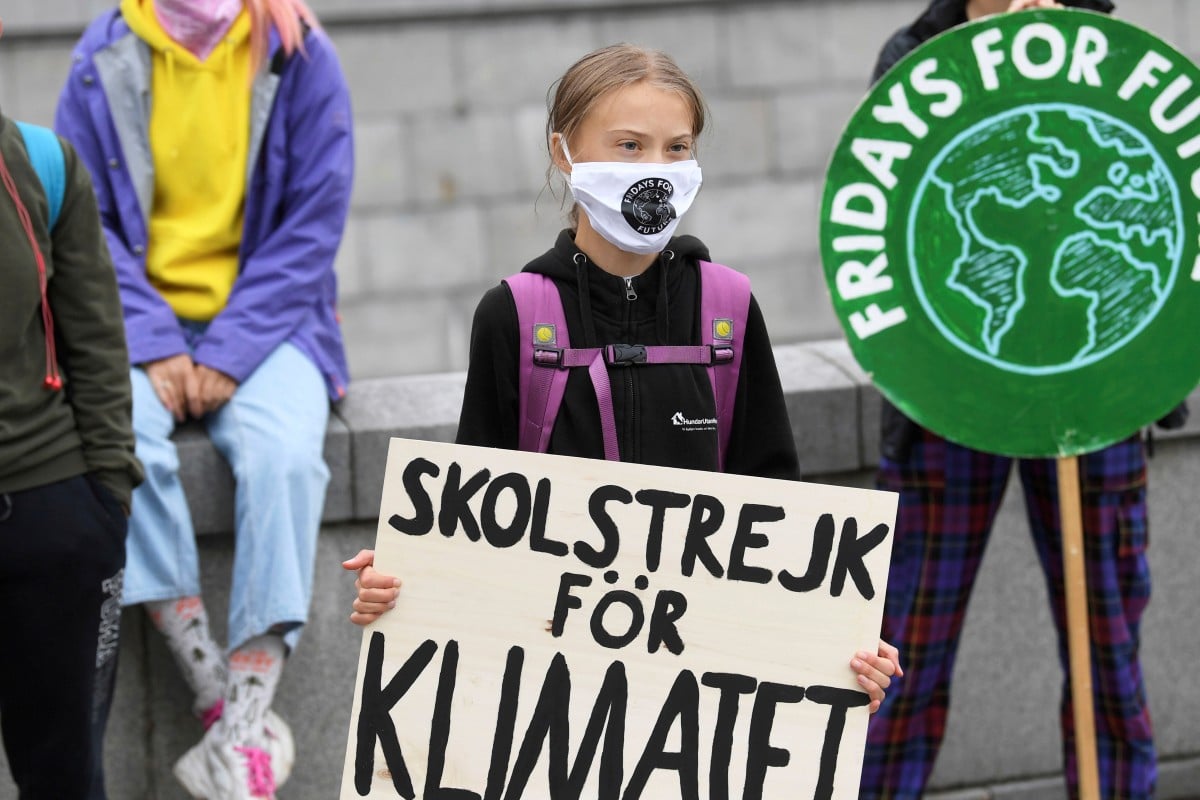 Swedish climate activist Greta Thunberg is just one of the people nominated for a Nobel Peace Prize. Photo: Reuters

The laureate - or winner - of the 2020 Nobel Peace Prize, one of the world’s top distinctions, will be announced on Friday in Oslo. Here is a look at how the award works:

The prize should go to the person “who has done the most or best to advance fellowship among nations, the abolition or reduction of standing armies, and the establishment and promotion of peace congresses”, according to the will of Swedish industrialist Alfred Nobel, the inventor of dynamite, who founded the awards.

Thousands of people can propose names: members of governments and parliaments; current heads of state; university professors of history, social sciences, law and philosophy; and former Nobel Peace Prize laureates, among others.

The Norwegian Nobel Committee, which consists of five individuals appointed by the Norwegian Parliament. They are often retired politicians, but not always. The current committee is led by a lawyer and includes two academics.

They are all put forward by Norwegian political parties and their appointments reflect the balance of power in parliament.

How do they decide?

They discuss all the nominations, then establish a shortlist. Each nominee is then assessed and examined by a group of permanent advisers and other experts.

The committee meets roughly once a month to discuss the nominations. They usually make their decision at the final committee meeting, which tends to be at the beginning of October.

The committee seeks to get a consensus on its selection. If it can’t, the decision is reached by majority vote.

The last time a member quit in protest was in 1994, because Palestinian leader Yasser Arafat shared the prize with Israel’s Shimon Peres and Yitzhak Rabin.

Tedros Adhanom Ghebreyesus, Director-general of the World Health Organisation (WHO), was nominated for a Nobel Peace Prize this year. Photo: Reuters

Nominations are secret for 50 years, but those who nominate can choose to divulge their choices.

The only thing the Norwegian Nobel Committee will comment on is the number of candidates. This year, there are 318 contenders - 211 individuals and 107 organisations.

Those we know are nominated are Greta Thunberg and Fridays for Future, NATO, the European Court of Human Rights, Julian Assange, Edward Snowden and Chelsea Manning, the “people of Hong Kong” and jailed Saudi activist Loujain al-Hathloul.

Other possible contenders, if they are nominated, are Reporters Without Borders, the Committee to Protect Journalists, Angela Merkel, the World Health Organisation and its director Tedros Adhanom Ghebreyesus.

He may be, but we don’t know. He is nominated for next year’s prize, by a Norwegian lawmaker and a Swedish parliamentarian, separately, for helping broker a deal between Israel and the United Arab Emirates, and for peacemaking efforts in the Balkans.

What does the laureate get?

South African Archbishop Desmond Tutu, the 1984 laureate, has said becoming a Nobel laureate was a double-edged sword. “One day no one was listening. The next, I was an oracle,” he is quoted as saying in his authorised biography.

When is the ceremony?

It will take place on December 10, the anniversary of Alfred Nobel’s death.

This year, due to coronavirus restrictions, it will be held in the Court of the University of Oslo, with around 100 guests only, rather than at the bigger Oslo City Hall, where it has been held since 1989.