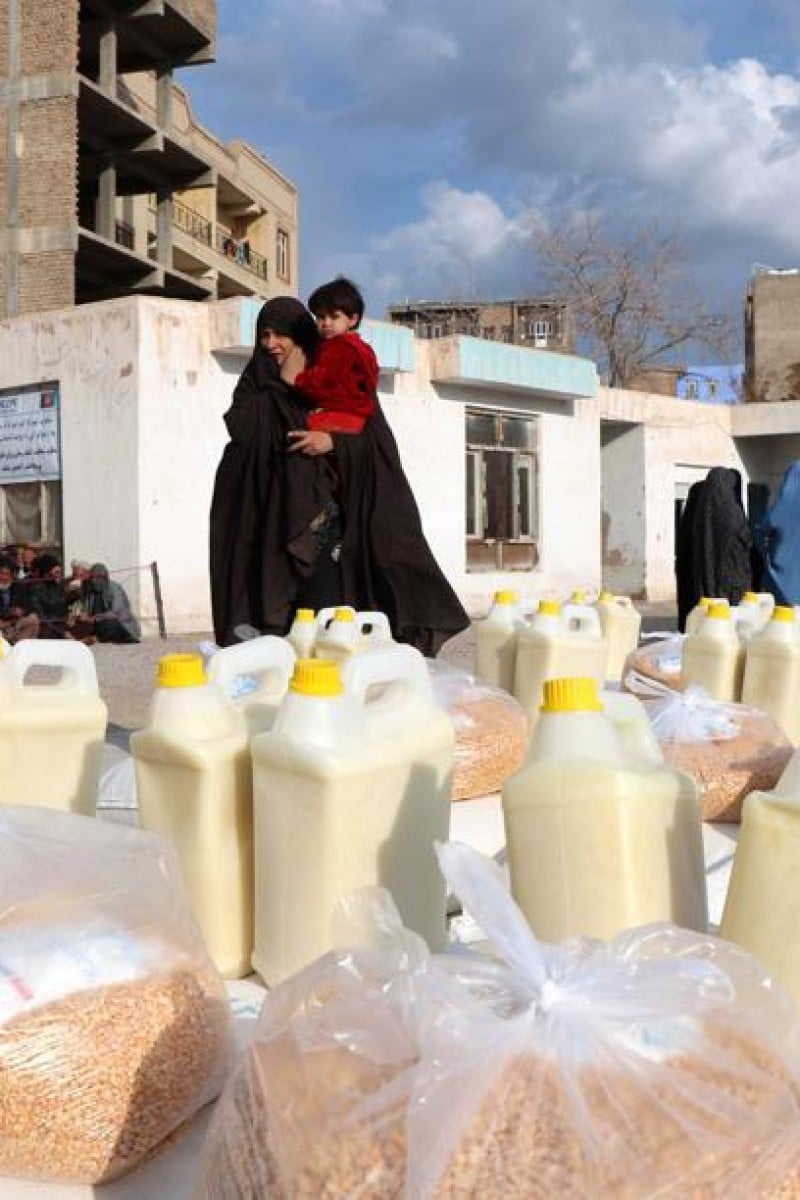 The Nobel Peace Prize was on Friday awarded to the World Food Programme for feeding millions of people from Yemen to North Korea, with the coronavirus pandemic seen pushing millions more into hunger.

The WFP was honoured for “its efforts to combat hunger, for its contribution to bettering conditions for peace in conflict-affected areas and for acting as a driving force in efforts to prevent the use of hunger as a weapon of war and conflict,” Nobel committee chairwoman Berit Reiss-Andersen said on unveiling the winner in Oslo.

Whether delivering food by helicopter or on the back of an elephant or a camel, the WFP prides itself on being “the leading humanitarian organisation” in a world where, by its own estimates, some 690 million people – one in 11 – go to bed on an empty stomach.

“With this year’s award, the Norwegian Nobel Committee wishes to turn the eyes of the world towards the millions of people who suffer from or face the threat of hunger,” Reiss-Andersen said.

“This is humbling,” WFP spokesman Tomson Phiri told reporters during a regular briefing in Geneva, adding it was “really a proud moment” for the UN organisation.

“One of the beauties of WFP activities is that not only do we provide food for today and tomorrow, but we also are equipping people with the knowledge, the means to sustain themselves for the next day and the days after.”

The numbers are dizzying but only a fraction of the total number in need.

Despite making progress over the past three decades, the UN’s goal to eradicate hunger by 2030 appears out of reach if current trends continue, according to experts.

Women and children are usually those most at risk.

War can be caused by hunger, but hunger is also a consequence of war, with people living in areas of conflict three times more likely to be undernourished than those living in countries at peace, the WFP says.

“There’s no two ways about it – we can’t end hunger unless we put an end to conflict,” WFP executive director David Beasley said on September 21.

Yemen, which is living through what the UN has described as the “largest humanitarian crisis in the world”, is a stark example of this.

Both the UN and aid agencies have repeatedly raised the alarm over the disastrous consequences of the conflict which has claimed tens of thousands of lives since 2015, when a powerful military coalition led by Saudi Arabia joined the government’s fight against Iran-backed Houthi rebels.

The conflict has displaced three million people and pushed the country to the verge of famine.

Two-thirds of Yemen’s 30 million people do not know where their next meal will come from, WFP figures show.

A brief guide to the humanitarian crisis in Yemen

The outlook for the world has grown even bleaker this year due to the Covid-19 pandemic, which has led to earnings losses, made food more expensive and disrupted supply chains.

This is the 12th time the Peace Prize has gone to the UN, one of its agencies or personalities – more than any other laureate.