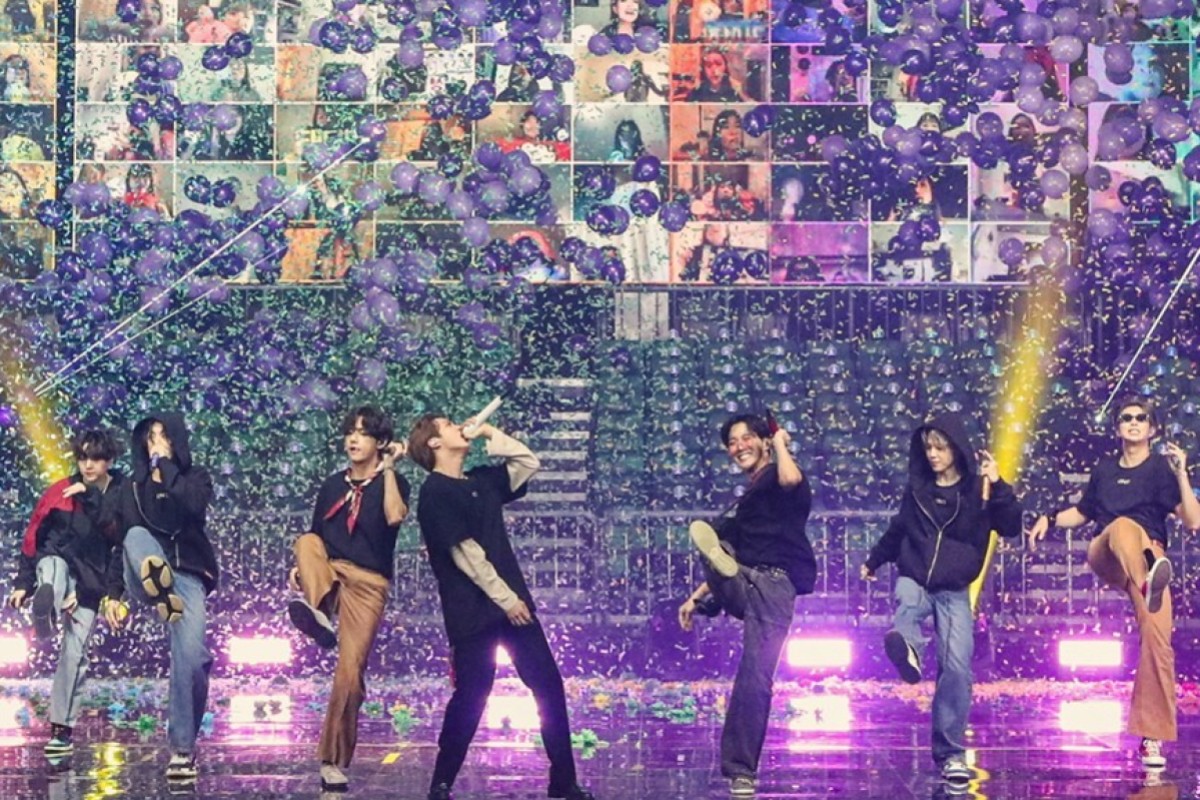 Fresh off the back of their online concert, BTS have made Billboard history. Again. Photo: EPA-EFE

The Bangtan Boys are at it again, proving they’re dynamite on the music charts. As of Monday, the South Korean boy band had made Billboard history by landing at both No. 1 and No. 2 on the Hot 100.

With their Savage Love remix beating out Dynamite for the top spot, BTS is the first group to achieve such a feat since the Black Eyed Peas dominated the Hot 100 with Boom Boom Pow and I Gotta Feeling for four weeks in the summer of 2009.

Jason Derulo, Jawsh 685 and BTS dropped their Savage Love (Laxed – Siren Beat) remix earlier this month (the original came out in June), while the K-pop sensation’s hit single Dynamite arrived at No. 1 on the Hot 100 in September.

The latter – which is somehow only RM, Jin, Suga, J-Hope, Jimin, V and Jungkook’s first No. 1 track – previously held the top position for three non-consecutive weeks.

Jawsh 685 is a 17-year-old secondary school student from Auckland, New Zealand. Real name Joshua Nanai, the teen released Laxed (Siren Beat) on YouTube last year, but it exploded earlier this year on TikTok, becoming one of the most popular tracks for a dance trend.

8 TikTok dances, including Laxed (Siren Beat), to learn with your fam or family

Other than BTS and the Black Eyed Peas, only three other groups – OutKast, the Bee Gees and the Beatles – have clinched both first and second place on the Hot 100 in the same week.

This summer, Dynamite also made history as BTS’ first song sung entirely in English, released in an effort to “have as many people as possible hear it and get a little bit of reassurance and healing from it,” according to Suga.

“As soon as we heard it, we thought it was really fun and exciting, a fun and cheery song that wasn’t that serious,” RM added at an August press conference. “It just made us feel good when we heard it. We really wanted to share this energy with the fans as soon as possible.”