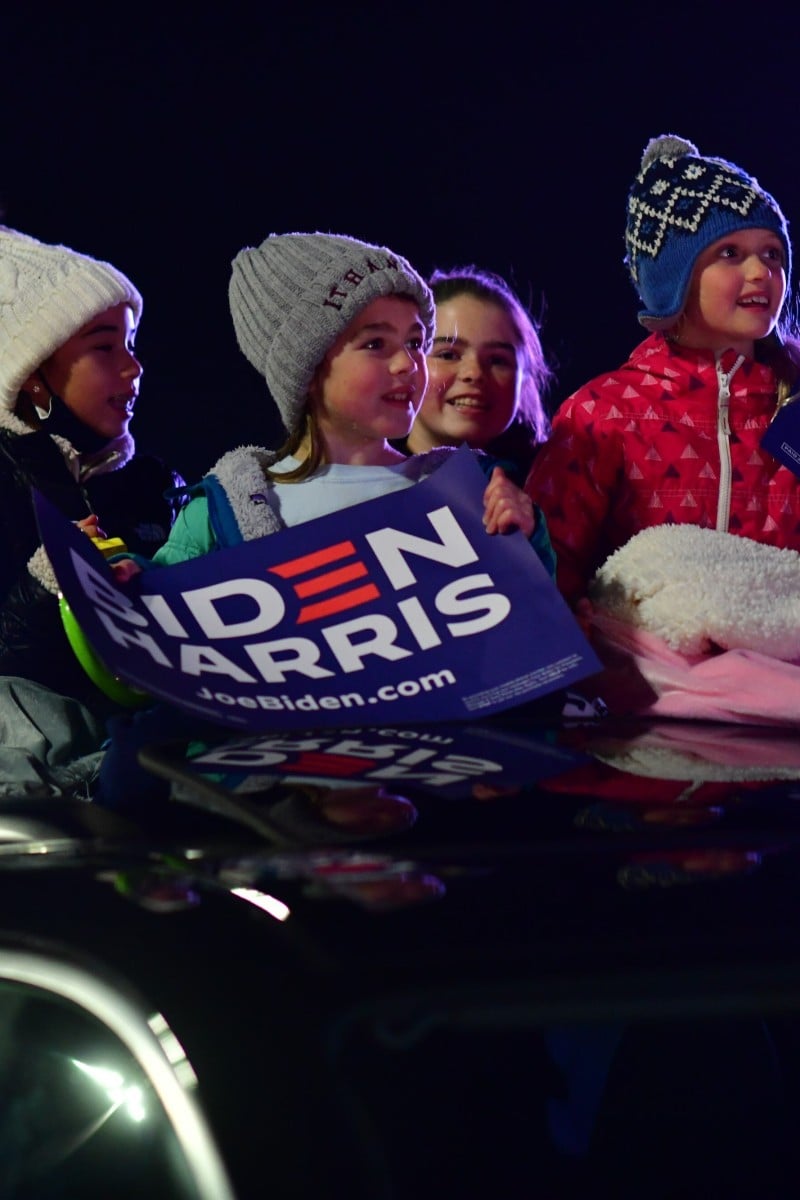 As the US election 2020 approaches, Taylor Swift is the new soundtrack of the Biden-Harris campaign 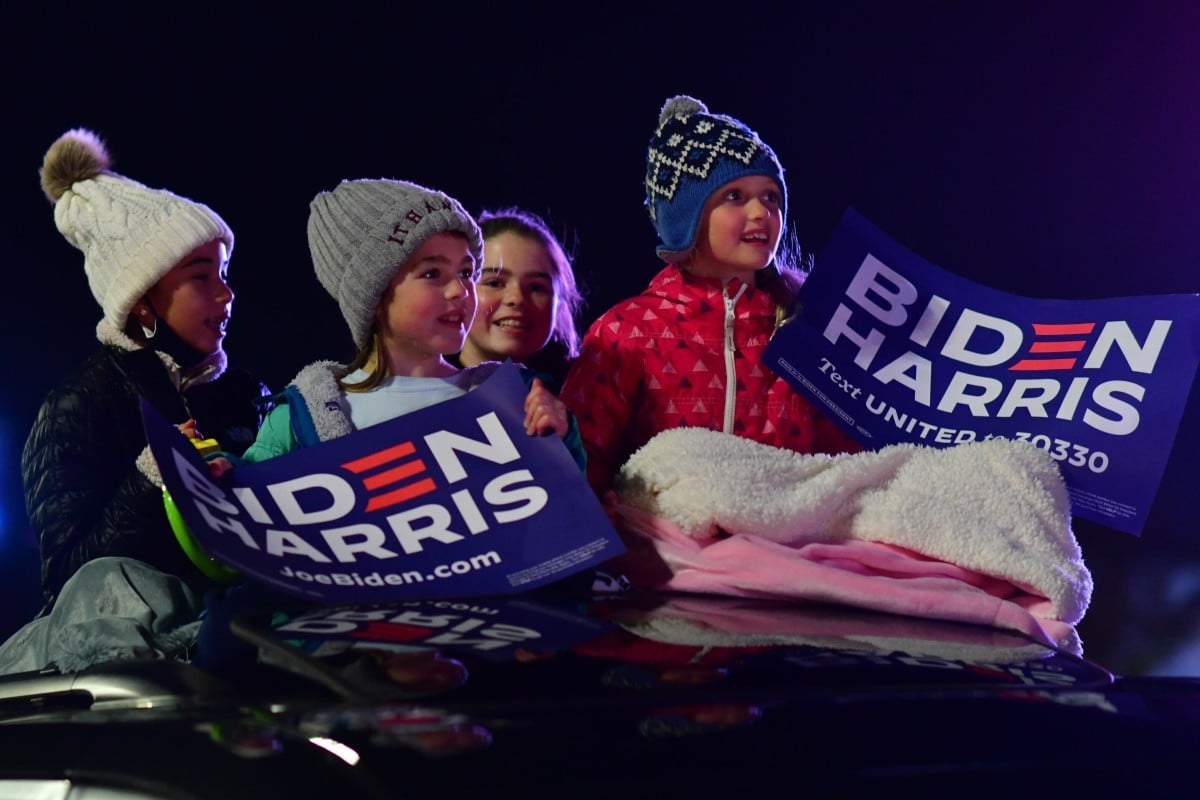 Taylor Swift’s song has been adopted by the Biden-Harris campaign to motivate younger voters – though these four still have some years before they cast their first ballot. Photo: AFP

The fight for the American presidency isn’t over yet – and Taylor Swift knows it.

The brief clip opens with a message from Harris questioning, “Why are so many powerful people trying to make it so difficult for us to vote?” before launching into a montage set to the tune of Swift’s 2020 Miss Americana anthem.

“It keeps me awake, the look on your face / The moment you heard the news,” she sings as images of people’s tearful reactions to the 2016 presidential election results flash across the screen. “You’re screaming inside / You’re frozen in time / You did all that you could do.”

“They aren’t gonna help us / Too busy helping themselves,” Swift sings. “They aren’t gonna change this / We gotta do it ourselves / They think that it’s over / But it’s only begun / Only one thing can save us / Only the young.”

Opinion: Biden or Trump? There’s only one sane answer

Cue the slideshow of Americans showing off their “I Voted” stickers and traveling to the polls; youthful activists rallying against gun and police violence; crowds marching for LGBTQ Pride; and snapshots of American heroes such as Georgia Representative John Lewis and Justice Ruth Bader Ginsburg fighting for change.

“You’ve marched for four years,” the ad reads. “Now it’s time to run.” A series of hashtags then appears, including #ClimateChangeIsReal, #MeToo, #BlackLivesMatter and #WearAMask

Shortly after Representative Eric Swalwell shared the clip on Twitter, Harris retweeted it with words of gratitude for him and Swift, a tweet which has amassed more than 112,000 likes.

After drawing sharp criticism for staying silent in 2016, Swift has been a vocal critic of the Trump administration and supporter of the Biden-Harris ticket in 2020. Last month – to no one’s surprise – she officially endorsed the Democratic candidates in an interview with V Magazine.

Her song Only the Young was originally featured in her 2020 Netflix documentary, Miss Americana, which saw the artist regret failing to speak out against Trump four years ago.

“But I can’t change that,” she tells her family and publicity team. “I need to do this. I need you ... to forgive me for doing it – because I’m doing it.”