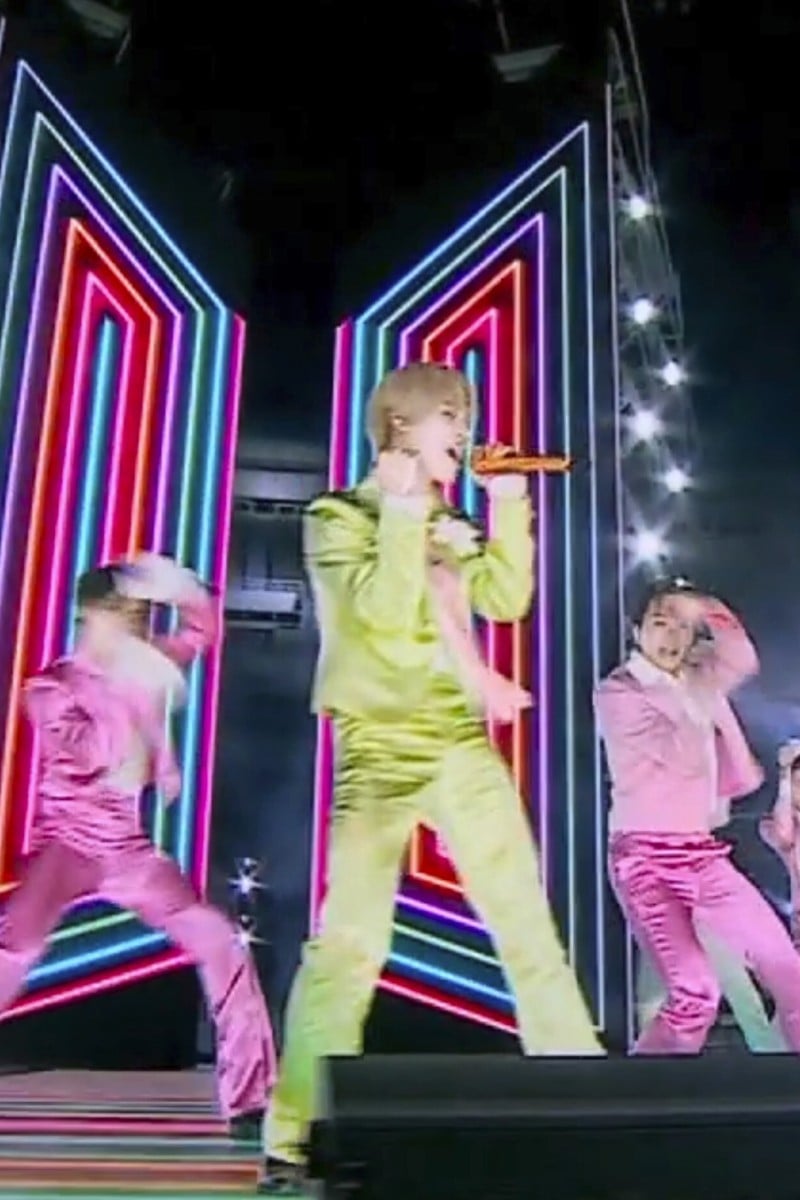 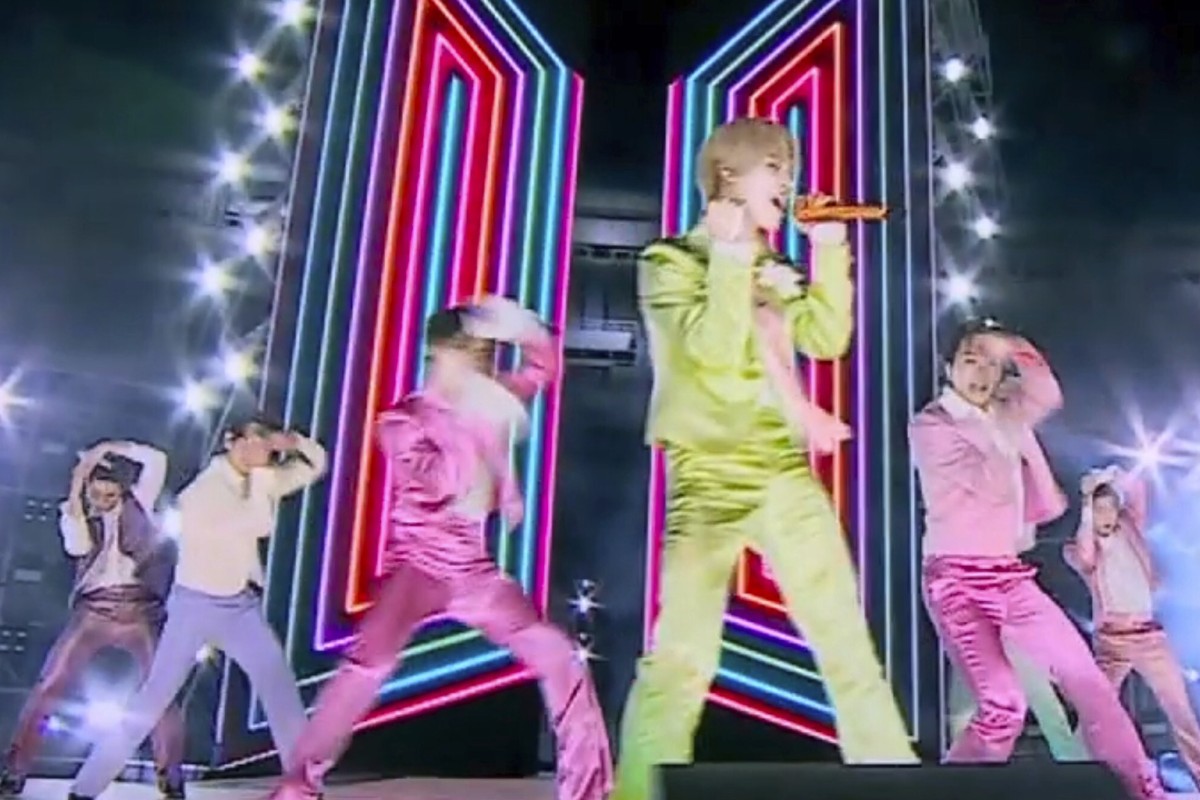 BTS brought the fun via live video, as they performed hits from their new album, BE. Photo: ABC via AP

The good news keeps coming for K-pop stars BTS. Fresh from Friday’s release of their latest album, BE , the band won two American Music Awards on Sunday, for best pop/rock group and favourite social artists. They also closed the show with their hits Dynamite and Life Goes On streamed from South Korea.

Meanwhile,Taylor Swift was named artist of the year for the sixth time. She was absent from the ceremony, but thanked fans on video for their support of her surprise lockdown album, Folklore. She also explained why she wasn’t at the ceremony, revealing that she was re-recording her early music after her catalogue was sold.

Justin Bieber and The Weeknd were the other big winners, with three awards each.

Bieber was named favourite male pop/rock artist and picked up his two other wins for his collaboration with country singers Dan + Shay on 10,000 Hours. The Weeknd took home trophies for best soul/R&B male artist as well as for his album After Hours and song Heartless.

The show featured a mix of live and pre-recorded performances across Latin, country, pop, rap and R&B music soul in front of a handful of socially distanced fans.

“It has been a long year and now that 2020 is coming to an end it’s time to remember that we are one country, y’all. We need to heal,” said host, actress Taraji P. Henson of Hidden Figures fame, as she opened the ceremony.

Bieber and Shawn Mendes kicked off the AMAs with a pre-taped performance of their new duet Monster, marking the first time they performed the song together. It began with a stripped-down Bieber singing his recent hit Lonely, with songwriter-producer Benny Blanco on piano, and Holy, where background dancers wearing masks joined him.

Mendes, strumming his guitar, then appeared for Monster, which featured the 20-somethings singing lyrics about fame and growing up as celebrities who attracted massive public attention. Mendes later sang his song Wonder, ahead of today’s release of his Netflix documentary of nearly the same name, In Wonder.

With flaming red lights glaring behind her, Billie Eilish sang her new song Therefore I Am, as her brother-songwriter-producer Finneas backed her on guitar. Katy Perry, in her first performance since giving birth to her first child, gave a strong performance of the emotional and hopeful song Only Love.

Jennifer Lopez and Maluma teamed up to perform their new songs Pa’ Ti and Lonely from the film Marry Me, which both of them star in, while Dua Lipa, who won favourite pop/rock song, floated in the air during her performance of Levitating.

Becky G, whose parents are Mexican-American, won for best female Latin artist and dedicated her award to immigrant workers.

Rapper Megan Thee Stallion marked her debut performance at the American Music Awards with Body and later accepted the best rap/hip-hop song trophy for her summer collaboration with Cardi B.

But she was beaten in the best new artist category by Los Angeles singer Doja Cat, who was also named favourite female soul/R&B artist.