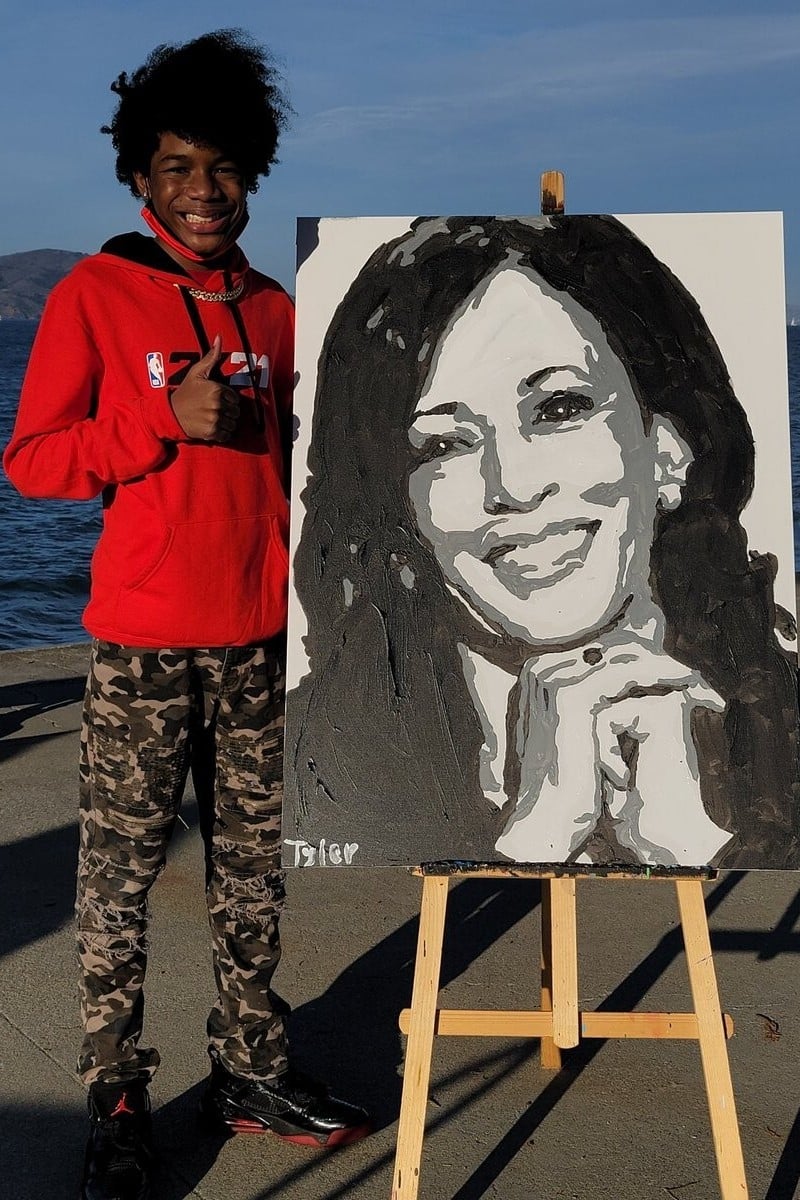 A teen artist tweeted his Kamala Harris portrait; the US VP-elect picked up the phone to say hey 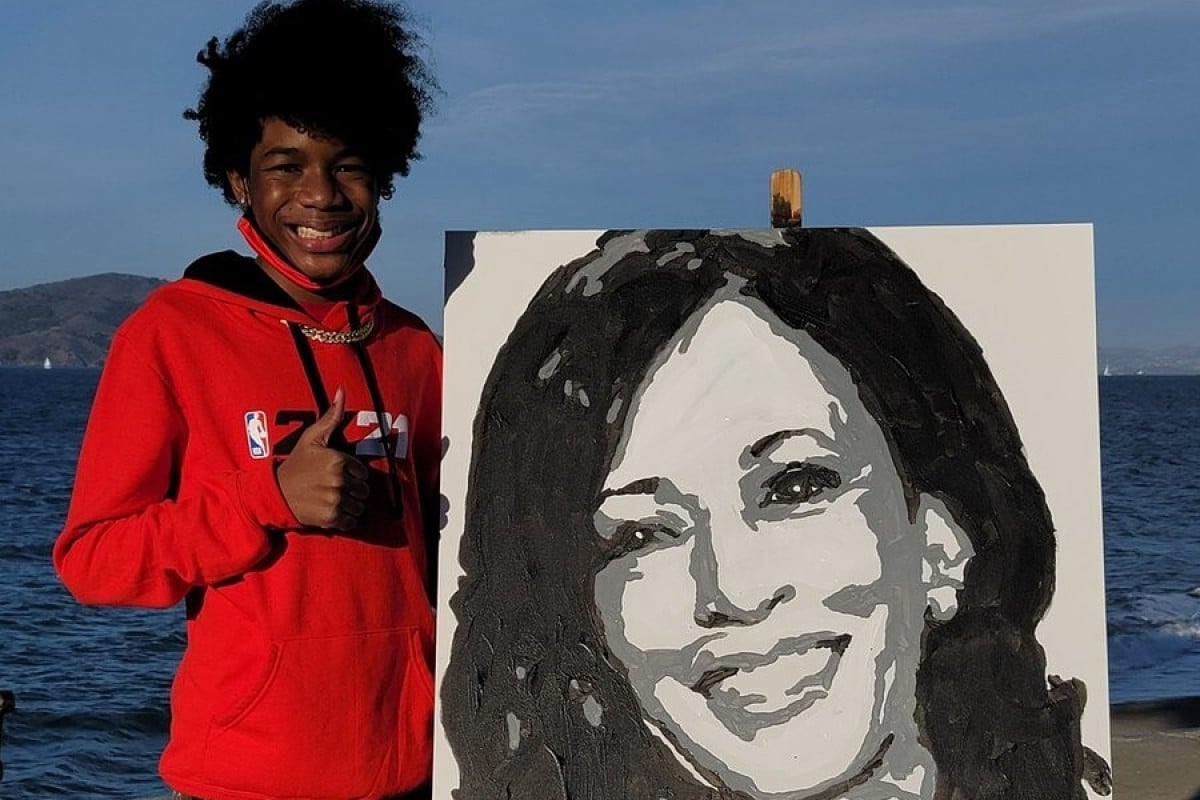 Teen artist Tyler Gordon with his painting of the US vice-president-elect, Kamala Harris. Photo: twitter.com/Official_tylerg

A teen artist from California asked his Twitter followers last weekend to share his painted portrait of Vice President-elect Kamala Harris to improve the chances she’d see it.

On Wednesday, Tyler Gordon learned Harris had seen it. How? She called to thank him.

He said he painted a portrait of Harris because he was inspired by the barriers she broke as the first woman, first Black person and first person of Asian descent to be elected as vice president.

“I, myself, broke a lot of barriers with my stuttering, breaking my hips and being deaf since I was 6,” he said. “I feel like she represents that.”

The tweet included a time-lapse video of Tyler painting his portrait of Harris with the Golden Gate Bridge as his background.

“My name is Tyler Gordon and I’m 14 years old and I live in the Bay Area! I painted this picture of you and I hope you like it!!” the tweet says.

Tyler’s mum, Nicole Kindle, captured the moment Harris called him in a video.

“I’m overwhelmed with just the magnificence of your artistry,” Harris told Tyler. “You really have a gift, my goodness. I was so touched to see it.”

Harris, who was born in Oakland, about 70km from Tyler’s city, also told Tyler she hopes to meet him one day.

Art is power: read how this autistic student used his love of painting to communicate

This isn’t the first time Tyler’s artwork has captured the attention of a high-profile figure. His portraits of celebrities have led him to meet Jennifer Lopez, Alex Rodriguez, Janet Jackson, Kevin Durant and Kevin Hart, he said.

When he grows up, Tyler said he hopes to have his own art gallery and display his work around the world.