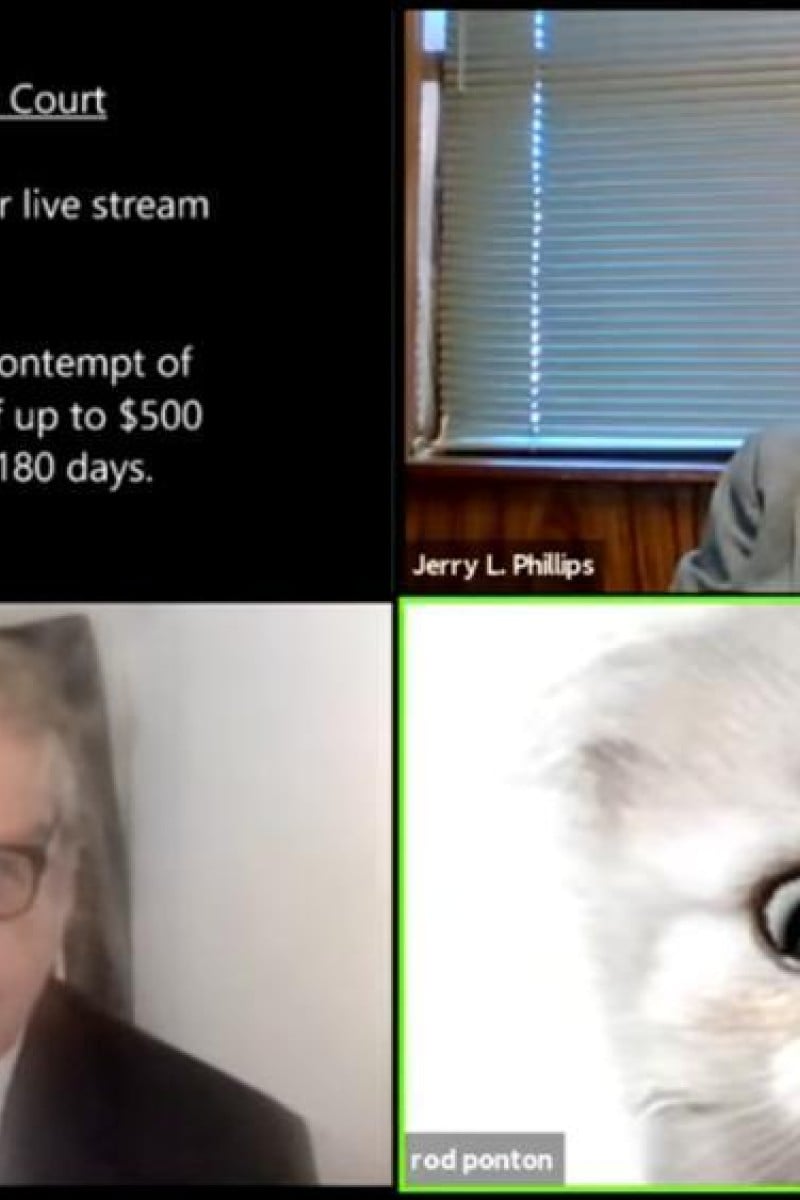 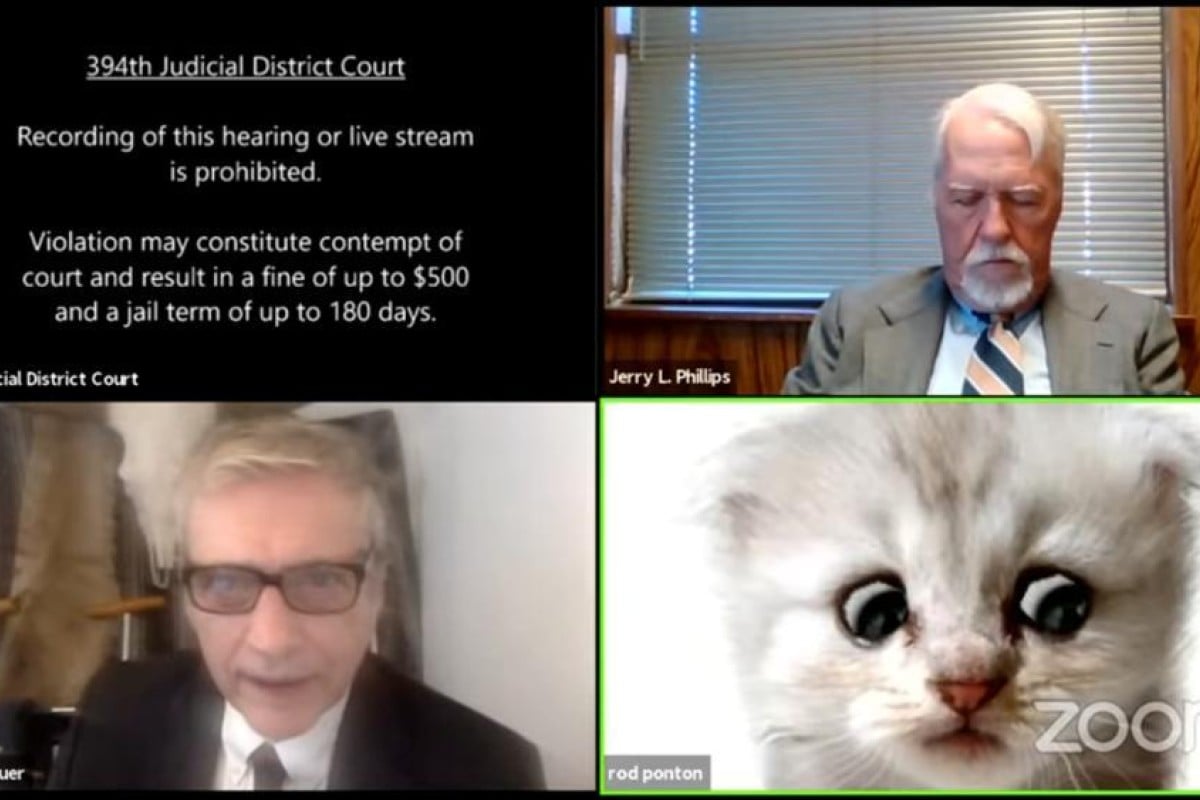 Lawyer Rod Ponton appears with a kitten filter turned on during a virtual hearing of the 394th District Court of Texas on Tuesday. Image: Judge Roy Ferguson via Reuters

A judge in the US state of Texas has a word of caution to those attending court hearings via Zoom: always check for filters before logging on.

Judge Roy Ferguson’s warning comes after a lawyer accidentally joined a video court hearing while using a Zoom filter that made him appear like a fluffy white kitten.

“I can see that,” replied Ferguson, whose district covers five counties in West Texas, including the town of Marfa.

The short video clip, which was shared online by Ferguson, ends with others coaching the lawyer on how to remove the cat filter. The footage was widely shared on social media.

The judge said on Twitter: “These fun moments are a by-product of the legal profession’s dedication to ensuring that the justice system continues to function in these tough times.

“Everyone involved handled it with dignity, and the filtered lawyer showed incredible grace. True professionalism all around!”

In an interview, Ponton said he has fielded calls from around the world and has been booked for national television.

“I always wanted to be famous for being a great lawyer. Now I’m famous for appearing in court as a cat,” he said.