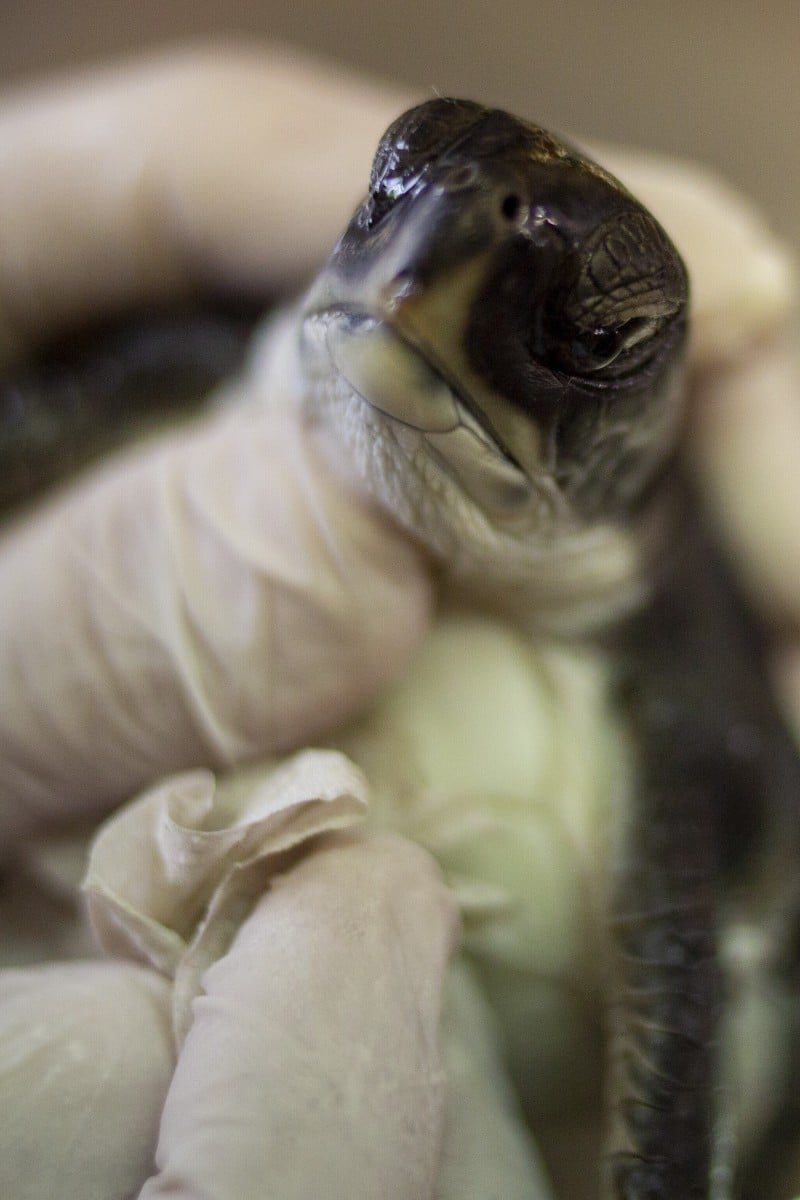 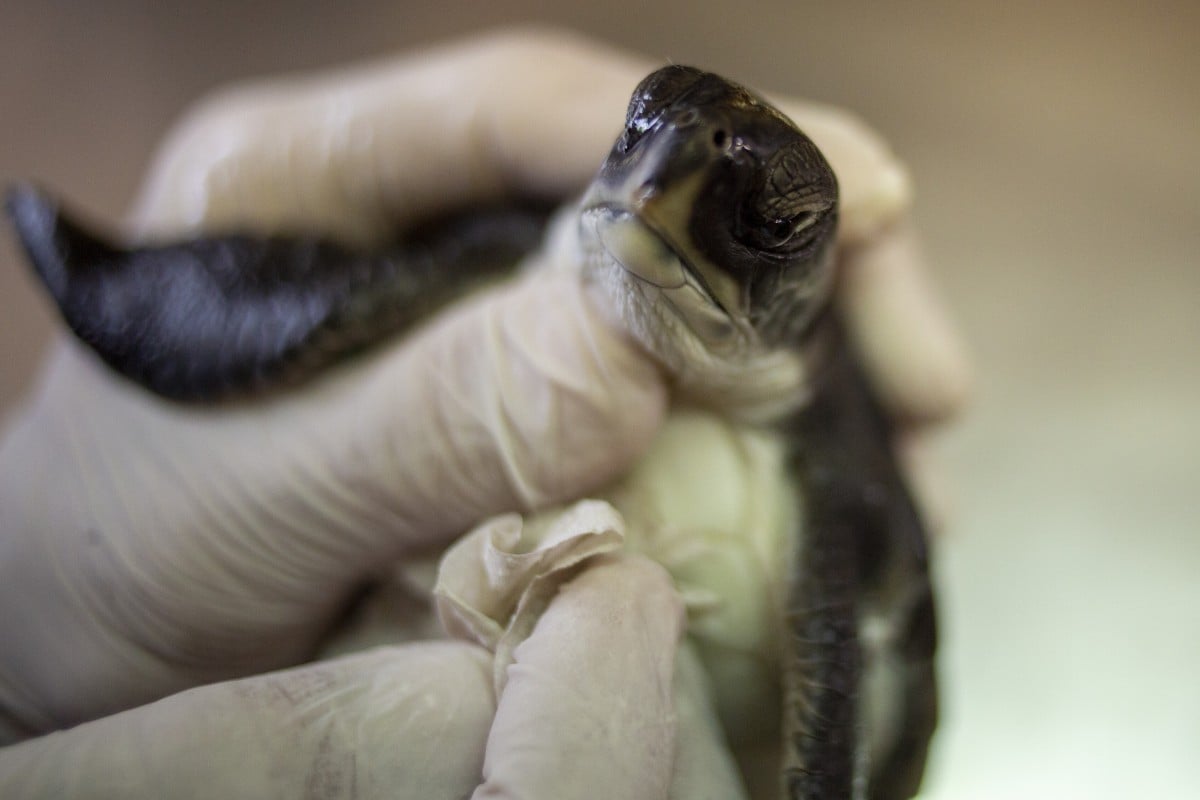 A 6-month-old green sea turtle is cleaned from tar after an oil spill in the Mediterranean Sea, at Israel's Sea Turtle Rescue Centre. Photo: AP

Mayonnaise is a miracle for Israeli rescurers, who are using it to save sea turtles.

The spill, which Israel’s Nature and Parks Authority has called one of the country’s worst ecological disasters on record, has coated most of Israel’s 195 kilometres of Mediterranean coastline with sticky tar. It has caused extensive damage to wildlife, including sea turtles.

Only six sea turtles were rescued and survived after a disastrous oil spill that has blackened most of Israel’s shoreline and reached the beaches of neighbouring Lebanon. Photo: AP

Guy Ivgy, a medical assistant at the Sea Turtle Rescue Centre in Michmoret, north of Tel Aviv, said 11 turtles are being treated. The centre is run by Israel’s Nature and Parks Authority.

“They came to us full of tar. All their trachea from inside and outside was full of tar,“ he said.

Workers have been removing the toxic substance from the reptiles’ airways and found a creative way to flush it out of their digestive tracks.

“We will continue to feed them substances like mayonnaise, which cleans the system and breaks down the tar,“ Ivgy said. The recovery process is expected to take a week or two, after which the turtles are expected to be released back into the wild.

Thousands of volunteers and clean-up crews have mobilised to remove tar from Israel’s beaches, a task that is expected to take months.

Israel’s Environmental Protection Ministry says it is investigating the cause of the oil spill.

The incident is believed to have taken place in early February, and Israel said it received no prior warning before an estimated 1,000 tonnes of tar started washing up on shore. The tar has also washed north to Lebanon.

On Monday, an Israeli court barred publication of all details of the investigation, including the name of the ship believed to have spilled the oil, its route and ports of call. An Israeli journalists’ association petitioned the court on Tuesday to have the order lifted.