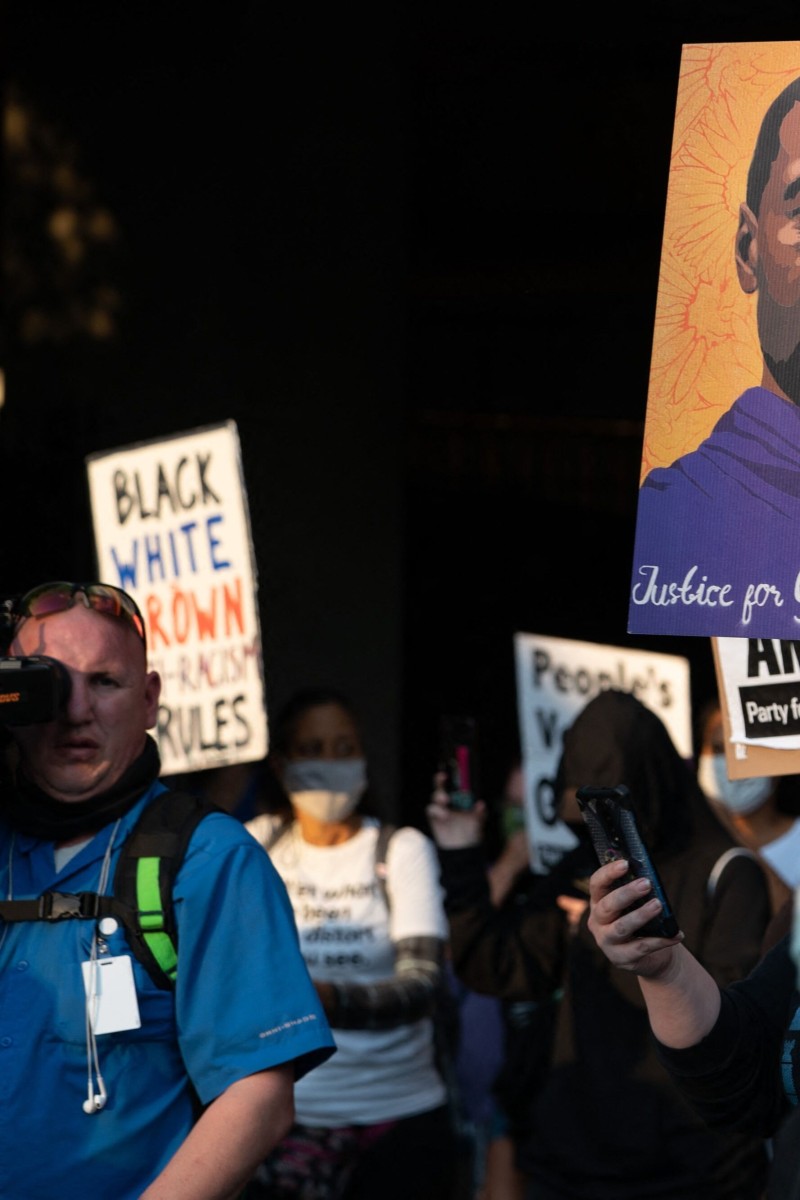 Explainer: What do the convictions against Derek Chauvin mean, and what comes next? 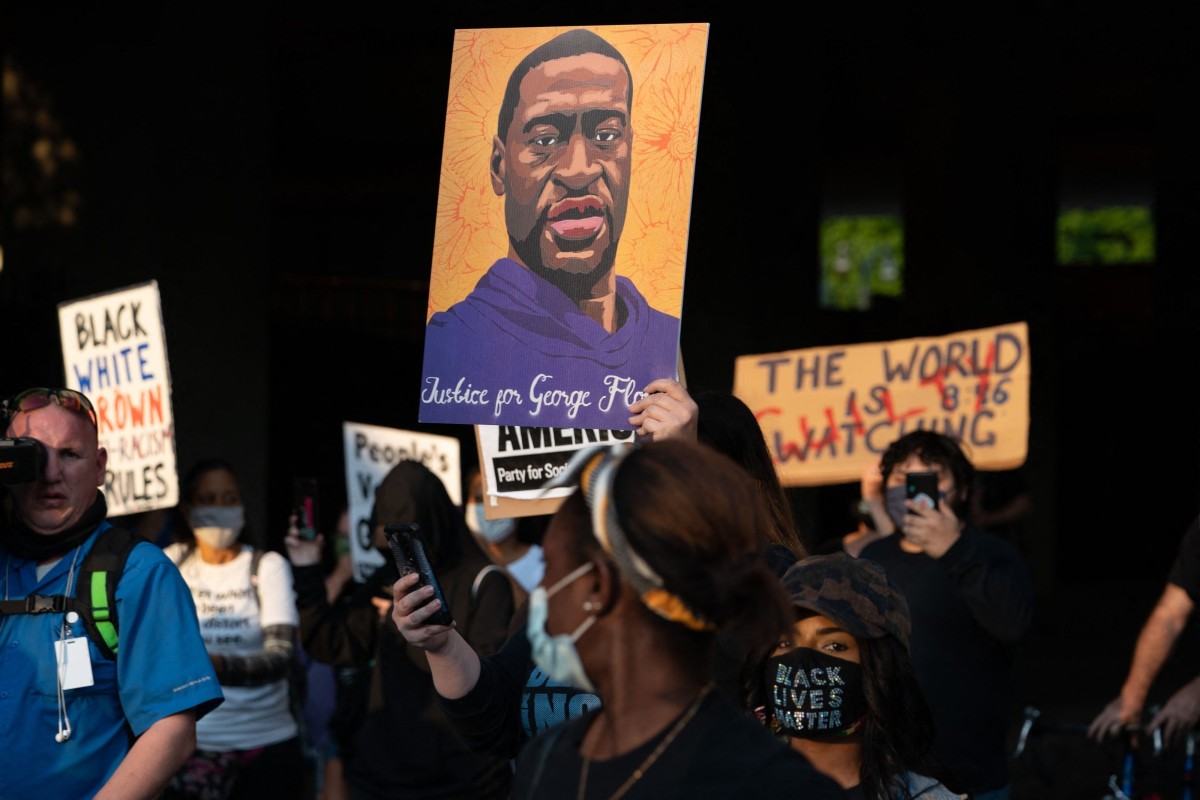 Derek Chauvin was found guilty of the murder of George Floyd in May 2020, but what comes next? Photo: AFP

Derek Chauvin, the former Minneapolis officer who pressed his knee against George Floyd’s neck while restraining him (holding him down), was handcuffed and taken into custody Tuesday after being convicted of all three counts against him.

Twelve jurors found Chauvin guilty of second-degree unintentional murder, third-degree murder and second-degree manslaughter, ultimately deciding that Chauvin caused Floyd’s death and that his actions were not that of a reasonable officer.

A guide to #BlackLivesMatter and the George Floyd protests

Under these charges, prosecutors had to prove that Chauvin’s restraint was the main reason for Floyd’s death, and that his actions were unreasonable and more than a police officer should do.

Here’s a breakdown of the charges and what happens next.

What is second-degree unintentional murder?

In Minnesota, this means causing the death of a human being, without intending to kill them, while committing a felony (serious) crime.

To prove this count, prosecutors had to show that Chauvin killed Floyd while committing or trying to commit a felony - in this case, third-degree assault (restraining him with his knee on his neck). They didn’t have to prove Chauvin intended to kill Floyd, only that he intended to apply unlawful force that caused bodily harm.

Prosecutors called several medical experts who testified that Floyd died from a lack of oxygen because of the way he was restrained. A use of force expert also said it was unreasonable to hold Floyd in this position for 9 minutes, 29 seconds, handcuffed and face-down.

Celebrities speak out after the murder of Daunte Wright

What is third-degree murder?

This is defined as “whoever, without intent to effect the death of any person, causes the death of another by perpetrating an act eminently dangerous to others ... without regard for human life.”

In simplified terms, this means killing someone without necessarily trying to kill them, but while doing something dangerous and not caring for their safety.

Mark Osler, a professor at University of St. Thomas School of Law, said prosecutors tried to prove this through testimony about the dangers of subduing a handcuffed person in the prone position - with the person lying flat with their chest down and back up - which is how Chauvin held Floyd down. A medical expert testified about how the restraint would have killed a healthy person, and a police use-of-force trainer testified that officers are trained to avoid the neck when possible.

“They wanted to have a lot of evidence showing that what Chauvin did is not what he was trained to do,” Osler said.

Philonise Floyd, brother of George Floyd (left), and attorney Ben Crump raise their hands in triumph during a news conference after the murder conviction against Derek Chauvin. Photo: AP

What is second-degree manslaughter?

For this charge, prosecutors had to show that Chauvin caused Floyd’s death through culpable negligence (aka failure or carelessness) that created an unreasonable risk, and that he consciously took the chance of causing severe injury or death.

Testimony revealed Chauvin should have known to put Floyd in a side position to recover, and that he should have provided medical care before paramedics arrived. These statements, paired with the fact that he stayed in his position after he was told Floyd didn’t have a pulse, could all point to negligence, said former US Attorney Tom Heffelfinger.

Hollywood calls on the public to #StopAsianHate

Although Chauvin has been free on bail for the last several months, he was taken back into police custody after the guilty verdict. He is currently at a maximum security prison.

However, different states in the US have different laws when it comes to sentencing. In Minnesota, sentencing guidelines call for less prison time.

But in this case, prosecutors are seeking a sentence that goes above the guideline range, called an “upward departure.” There are several reasons for this, including:

People gathered to celebrate after the guilty verdict was announced at George Floyd Square in Minneapolis, Minnesota. Photo: Bloomberg

Normally a jury would decide if “upward departure” would apply in this case, but Chauvin has waived his right to have a jury consider it, meaning he has left the decision up to the judge, Peter Cahill.

Cahill said he would give both sides a week to write their opinions about whether Chauvin should receive longer prison time than the guidelines, then he would take another week to issue his findings on this issue.

Cahill also ordered a pre-sentence investigation report, which is required in Minnesota and normally confidential. This report includes information such as a defendant’s characteristics, circumstances, criminal record and social history. It also includes details of the offence and the harm it caused others and the community.

Cahill said both sides will be able to respond to that report before he issues a sentence in two months. An exact date for sentencing has not been set.

Regardless of the final sentence, in Minnesota, defendants typically serve two-thirds of their penalty in prison, with the rest on parole.