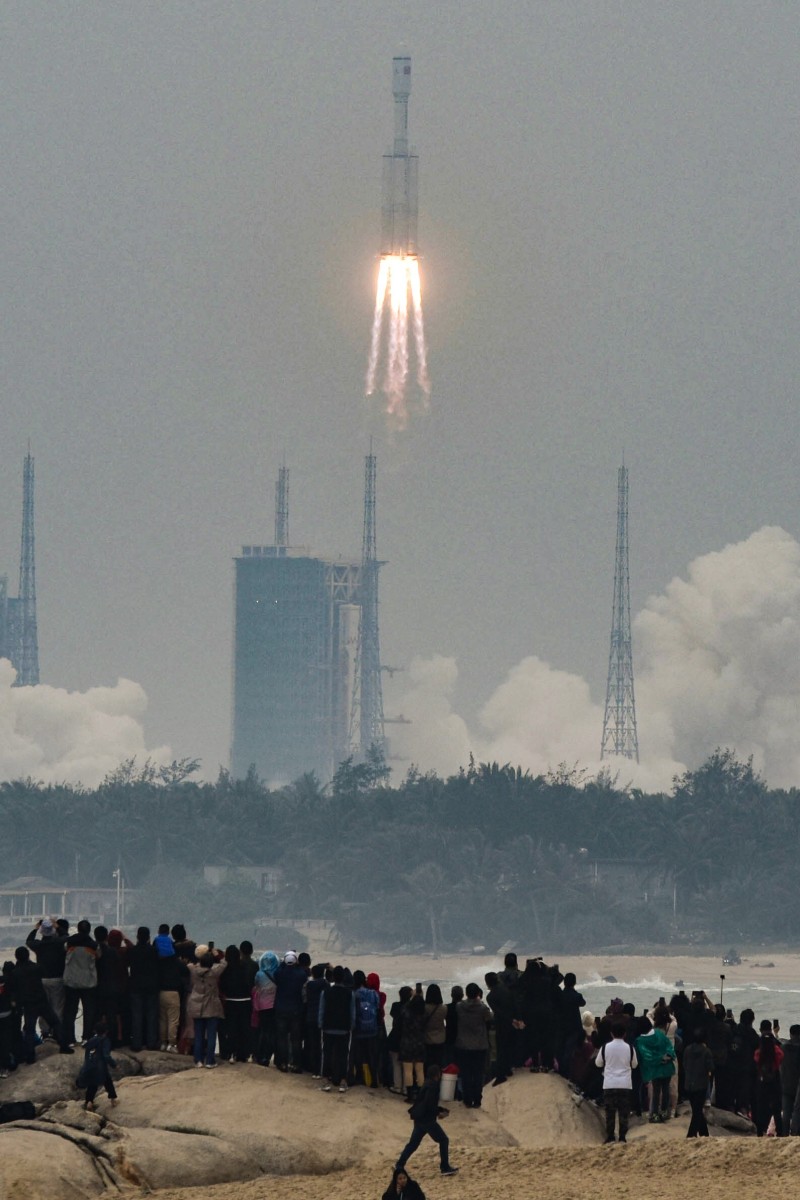 A Chinese rocket will tumble back to Earth this weekend, but we don’t know when or where 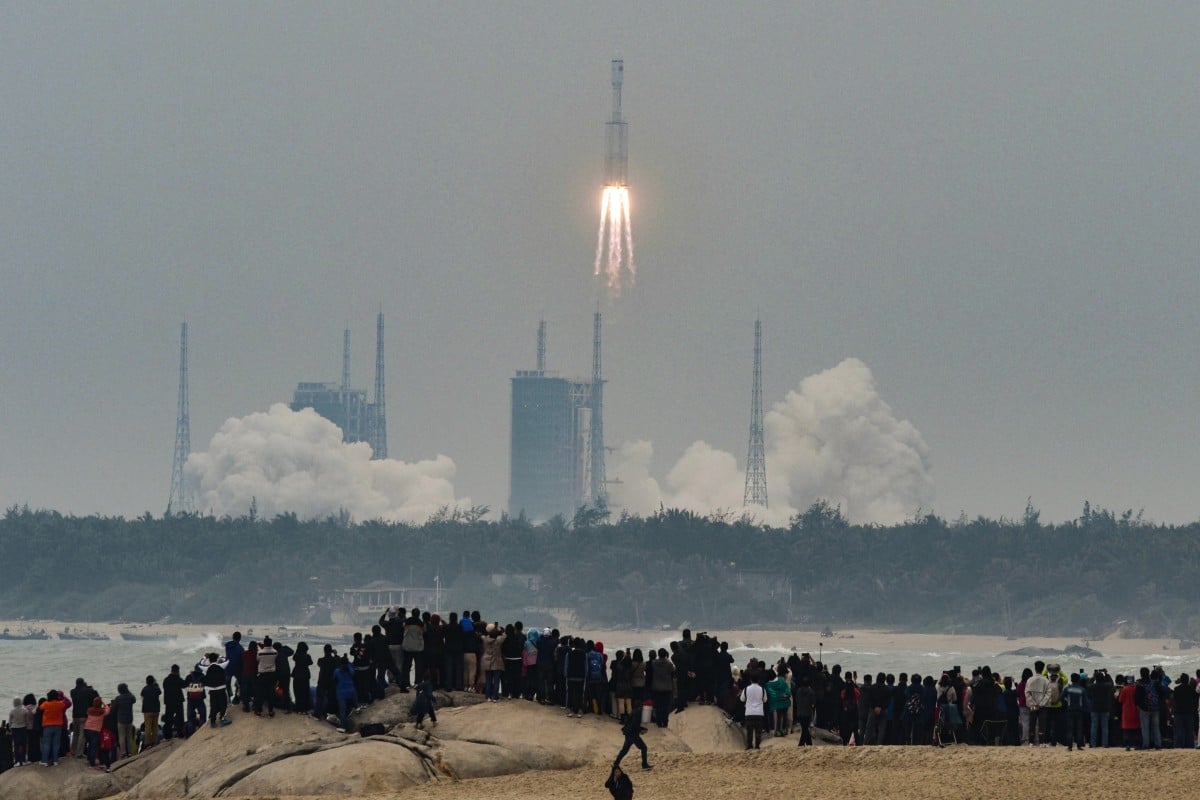 People watch China's new medium-size rocket, Long March 8, lifting from Wenchang Space Launch Center. Debris from a Chinese rocket threatens to fall to Earth in the next few days after it was used to launch the core module of China's new space station.

A large part of a Chinese rocket is expected to make an uncontrolled re-entry into the Earth’s atmosphere this weekend, but Beijing has downplayed fears and said there is a very low risk of any damage.

A Long March-5B rocket launched the first module of China’s new space station into Earth’s orbit on April 29. Its 18-tonne main segment is now in freefall and experts have said it is difficult to say precisely where and when it will re-enter the atmosphere.

Re-entry is expected to be around 2300 GMT on Saturday (or about 7am on Sunday in Hong Kong), according to the Pentagon, the headquarters for the Department of Defence in the US, with a window of plus or minus nine hours either side.

Chinese authorities have said most of the rocket’s components would likely be destroyed on re-entry.

Although there has been speculation over exactly where the rocket - or parts of it - will land, there is a good chance any debris that does not burn up will just splash down into the ocean, since the planet is made up of 70 per cent water.

“We’re hopeful that it will land in a place where it won’t harm anyone,” said Pentagon spokesman Mike Howard.

Howard said the US was tracking the rocket segment but “its exact entry point into the Earth’s atmosphere cannot be pinpointed until within hours of its re-entry”.

Scientists in China use technology to increase rainfall in Tibet

Defence Secretary Lloyd Austin said that the US military had no plans to shoot it down, but suggested that China had been negligent in letting it fall out of orbit.

“Given the size of the object, there will be big pieces left over,” said Florent Delefie, an astronomer at the Paris-PSL Observatory.

“The chances of debris landing in an inhabited zone are tiny, probably one in a million,” he added.

In 2020, debris from another Long March rocket fell on villages in the Ivory Coast, causing structural damage but no injuries or deaths.