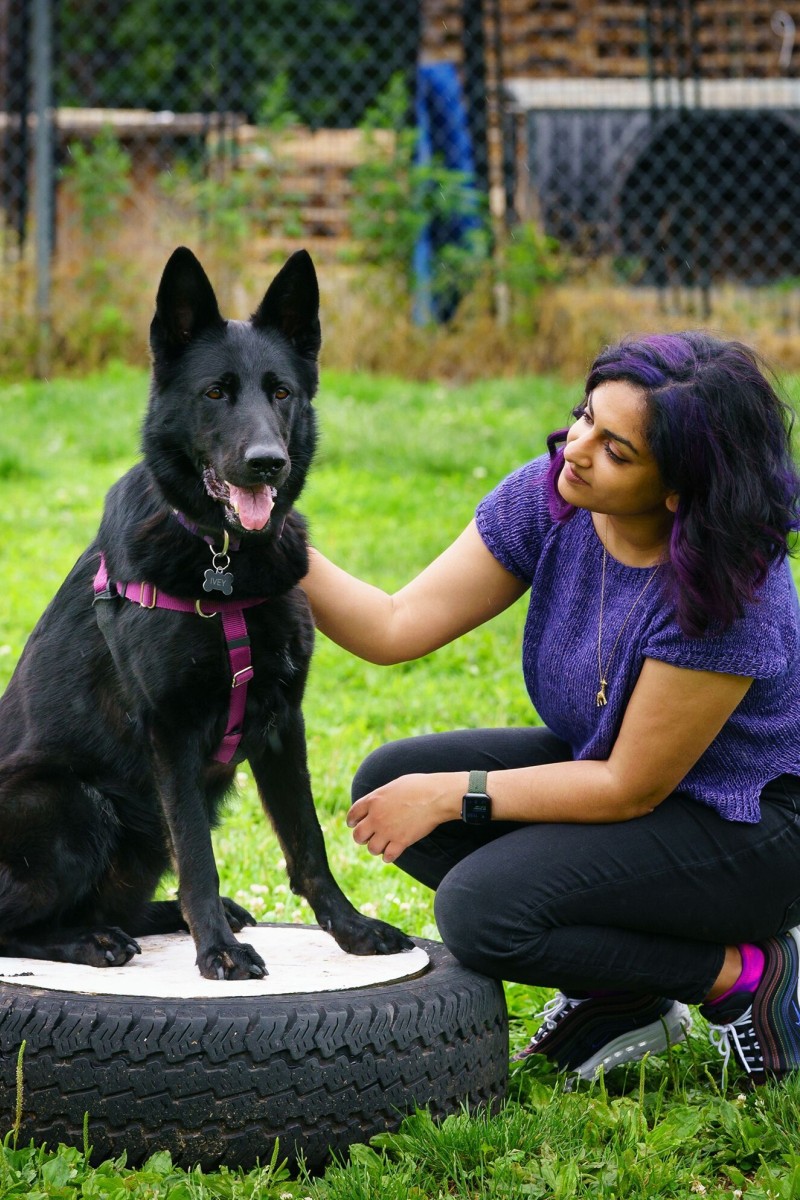 What dogs can teach us about how language develops 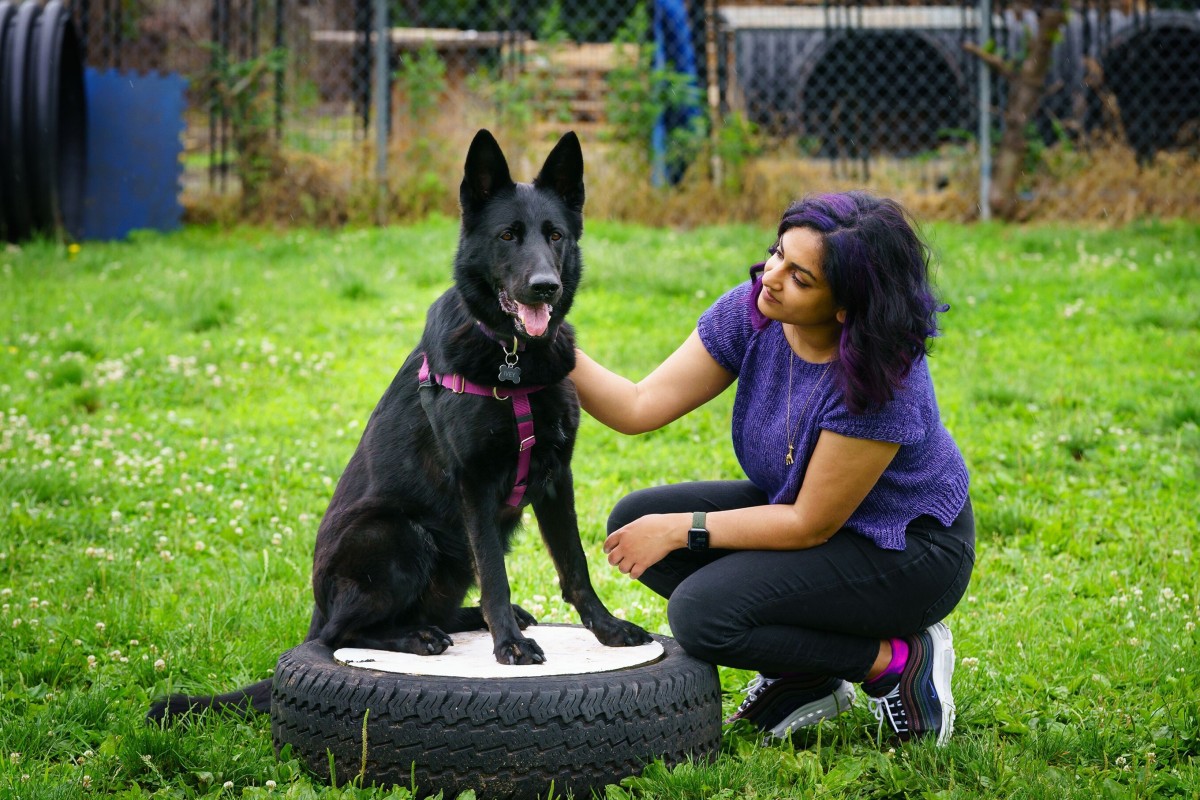 When she began pursuing her Ph.D in cognitive science and neuroscience at the University of Maryland in the US in 2014, Amritha Mallikarjun planned to study bilingualism in babies, inspired, in part, by her own childhood.

“I grew up speaking Tamil, a South Indian language, and English,” she said. “I grew up bilingual and always thought it was cool how babies can learn two languages at the same time.”

But after a few years in the doctorate programme, none of Mallikarjun’s experiments were working and she began to wonder if this was, indeed, her calling.

The best books about dogs and their humans

Then, one day at a lab meeting, her class read about Chaser, a border collie from the US state of South Carolina who was able to identify more than 1,000 words, gaining her the reputation as “the smartest dog in the world.”

What if, Mallikarjun thought, we ran the same experiments with dogs that we were running with babies? What could be learned?

“I just wanted to do something fun to renew my love of research,” she said. “We didn’t think it would work, but then it did! And we didn’t change anything from what we did with infants.”

Yelling at your dog is bad for its mental health

The study led Mallikarjun to ask more questions: What do dogs know? What words can dogs understand? And what can they teach us about how the human language develops?

“I found this is the path for me,”she said. “I just needed to add dogs.”

Mallikarjun, 29, attended the prestigious Carnegie Mellon University, where she majored in cognitive science and human-computer interaction before pursuing her Ph.D at the University of Maryland. Her doctoral research helped form the university’s Canine Language Perception Lab in 2017.

Helen navigates an obstacle course, with some help from Mallikarjun. Photo: TNS

Mallikarjun said that infants aged 8-to-12 months know a similar amount of words as adult dogs.

“What’s interesting is infants go on to develop a complex linguistic system. Dogs can learn new words, but it doesn’t explode like babies,” she said.

Among the studies Mallikarjun conducted was one that looked at why infants aren’t great at hearing their name when there’s background noise. One school of thought was that their hearing hadn’t reached its full potential, as it was still developing. Another theory was that perhaps they can’t pay attention because there’s too much going on around them.

What you need to know before getting a dog

“With dogs, we can pull these things apart. Dogs don’t have a great attention span, but they are great at hearing, so by giving them the same scenarios we can get a sense of the role of hearing versus the role of attention,” she said. “It seems that the reason infants aren’t that good at this is because it’s hard to pay attention when there’s all this interesting stuff going on at the same time.”

When it comes to communicating with our dogs, we don’t so much share a language as an understanding, which grew as our species evolved together over time, Mallikarjun said. Dogs can associate different human words with concepts, and they’re good at interpreting our body language too, she said.

And if you have a “dog voice” when speaking to your pooch - or to other doggos you meet - there may be a good reason why.

“They definitely understand our tone. They know when we use a happy, silly tone, and they like it more than when we speak in normal adult-directive speech,” she said. “Dog voices are very close to the voice people use with infants. So a lot of people do have this dog voice, just like in most cultures there’s an infant-directed speech.”

How to deal with your dog’s separation anxiety

Mallikarjun wrote her doctoral dissertation on the use of dogs to better understand infants’ speech perception and auditory processing during the pandemic, and defended it virtually in August.

In October, she became a postdoctoral research fellow at the Penn Vet Working Dog Centre, where she now works with dogs who are trained to sniff out Covid-19 and cancer.

“We’re looking at how dogs are able to identify specific compounds so we can pass it on to engineers who could create a mechanical nose to detect these same compounds,” she said.

Mallikarjun said there’s been a boom in comparative cognition recently, which looks at other animals to see what they can tell us about ourselves, and she hopes to continue her research in both auditory (hearing) and olfactory (smell) studies of dogs for many years to come.

Outside of work, Mallikarjun knits and enjoys playing ultimate Frisbee and spending time with her cats, Freyja and Kyrie. She doesn’t own a dog -yet - because of her long work hours and lack of a backyard, but she gets her fill on the job with her furry, four-legged co-workers.

“There’s a distinct kind of joy I have when I go to work every day,” she said. “Even when I have a million things to do, there’s just that knowledge that I can take a moment and be really present and just be there with a dog. It’s both calming and motivating.”