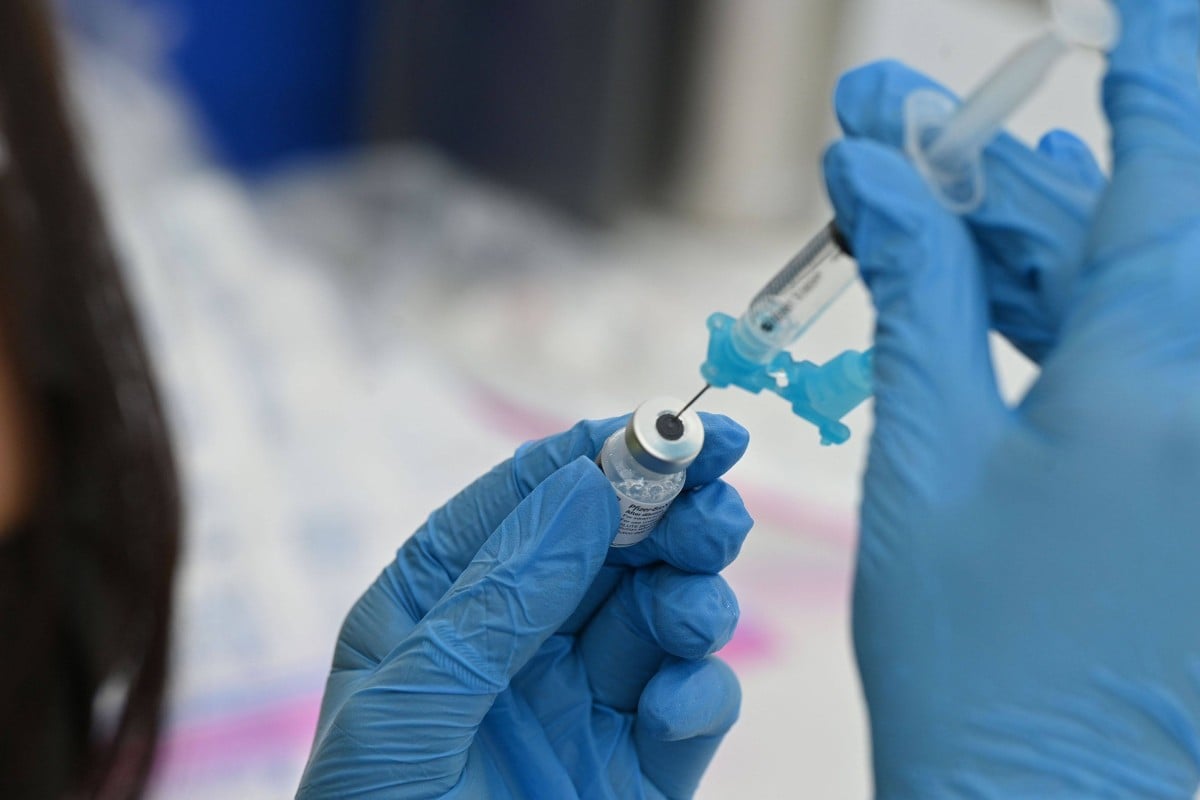 Covid-19 vaccination efficacy is decreasing over time, US authorities warned, as they authorised booster shots for all Americans from September 20, starting eight months after an individual has been fully vaccinated. Photo: AFP

The US government announced it will make Covid-19 booster shots available to all American adults beginning next month, as it warned that vaccines are showing a declining effectiveness against infection.

The move comes as scientists and health experts struggle with how to beat back the surging Delta variant of the coronavirus, and follows extensive debate over whether a third injection of the Pfizer-BioNTech and Moderna vaccines would be appropriate.

The world may never reach herd immunity against Covid-19

“Recent data makes clear that protection against mild and moderate disease has decreased over time ... likely due to waning immunity and the strength of the widespread Delta variant,” US Surgeon General Vivek Murthy said in a video press conference of the White House Covid-19 response team.

US Surgeon General Dr. Vivek H. Murthy speaks during a press briefing at the White House in Washington, DC. He recently announced that Americans would be able to get booster shots of the Covid-19 vaccine starting from September. Photo: AFP/Getty Images/TNS

“We are concerned that this pattern of decline we are seeing will continue in the months ahead, which could lead to reduced protection against severe disease, hospitalisation and death.”

Murthy and other officials said that while vaccines remain remarkably effective, the best way to shore up protection is to begin offering booster shots to fully vaccinated Americans aged 18 and older.

WHO says wealthy nations should wait on booster shots

The booster plan is still pending a final evaluation by the Food and Drug Administration.

The boosters would become available beginning the week of September 20. Americans will be eligible for a shot eight months after receiving a second dose of the Pfizer or Moderna vaccines.

Officials said they also anticipate booster shots will be needed eventually for people who received the Johnson & Johnson vaccine, which rolled out in March.

Vaccinated people with the Delta variant can still be highly contagious

More than 620,000 people have died in the United States from Covid-19, with case numbers increasing sharply in recent months due to the spread of the Delta variant.

Just over 50 percent of Americans are fully vaccinated, as the country’s mass immunisation program faces resistance in politically conservative regions in the South and Midwest.

Anthony Fauci, director of the US National Institute of Allergy and Infectious Diseases (NIAID), said vaccine efficacy decreases over time and that a booster shot may be needed. Photo: EPA-EFE

For instance, figures released by the Mayo Clinic, a prominent hospital in the US state of Minnesota, showed that the effectiveness against the Delta variant slid from 76 to 42 percent with Pfizer’s vaccine, and from 86 to 76 percent with Moderna’s.

But a booster dose would increase the antibody levels in Covid vaccines tenfold, according to Fauci.