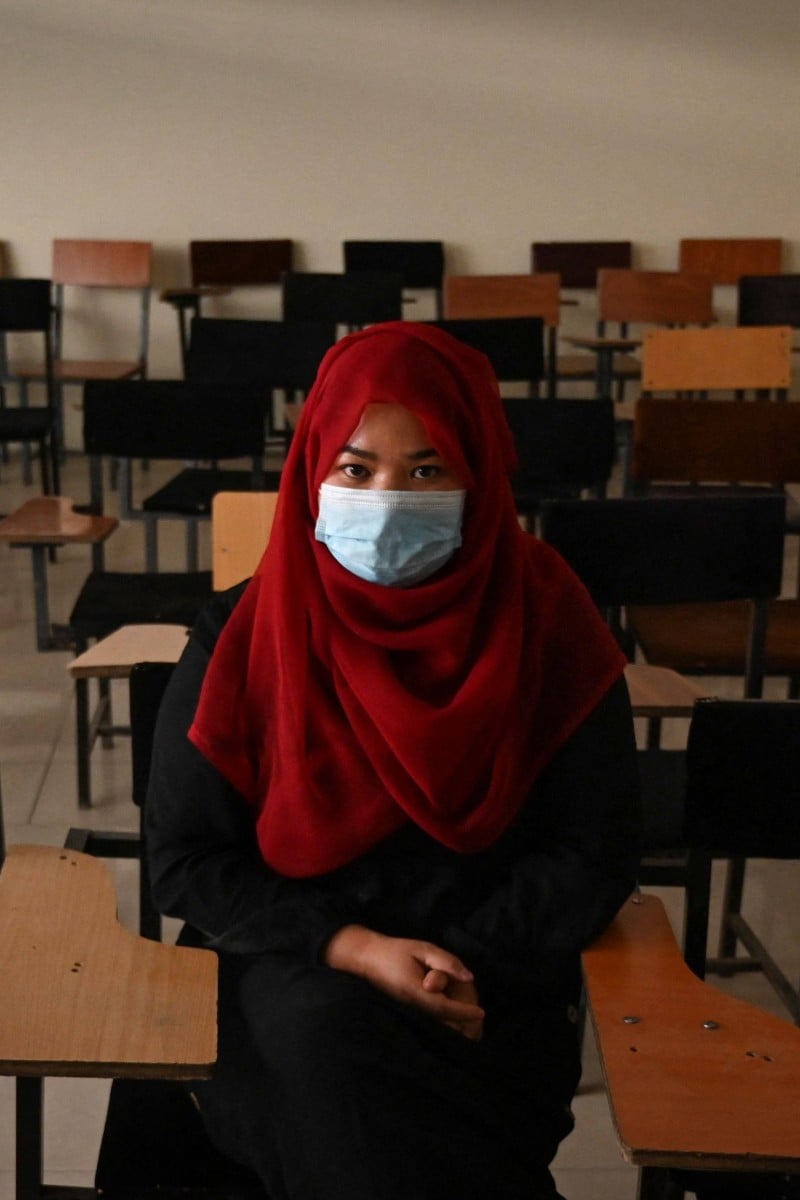 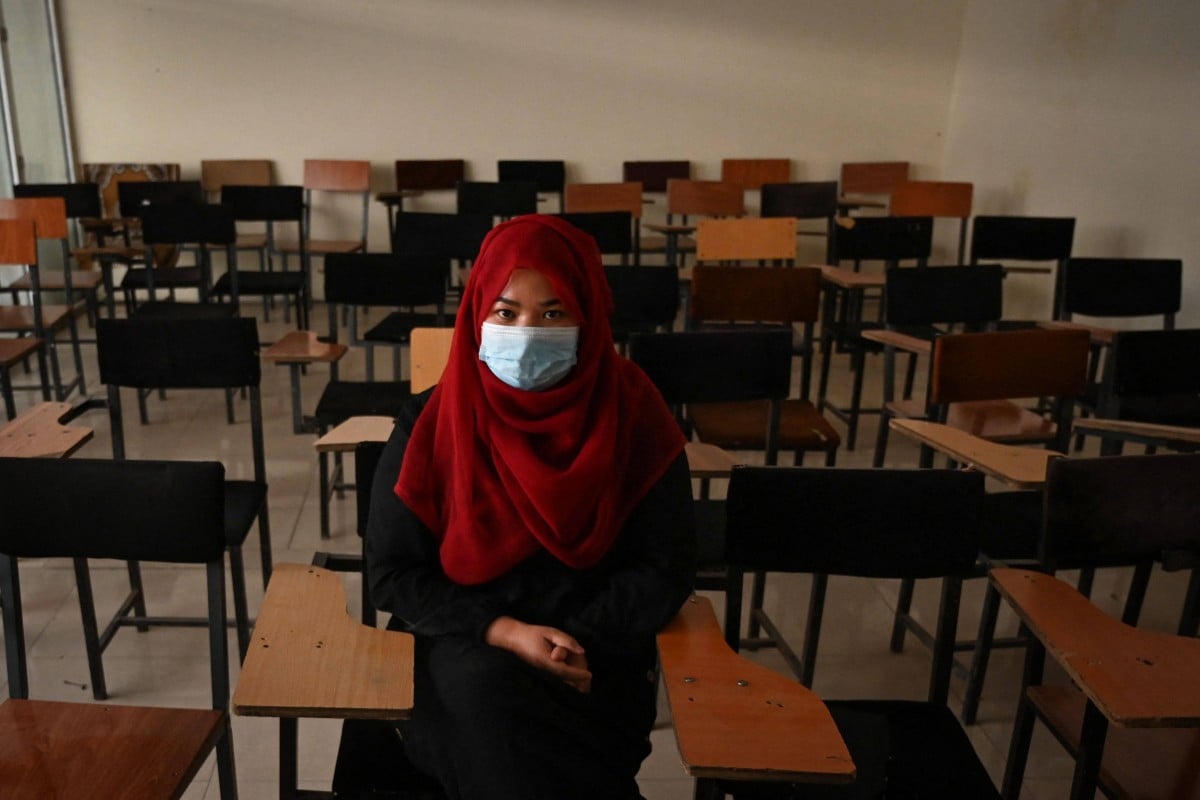 A student sits inside a classroom after private universities reopened in Kabul on September 6, 2021. The Taliban have ordered that women attending private universities must wear an abaya robe and niqab covering most of the face, and classes must be segregated by sex or divided by a curtain. Photo: AFP

Women attending private universities in Afghanistan must wear an abaya robe and niqab covering most of the face, the Taliban have ordered, and classes must be segregated by sex - or at least divided by a curtain.

In a lengthy document issued by the Taliban’s education authority, they also ordered that female students should only be taught by other women, but if that was not possible then “old men” of good character could fill in.

The decree applies to private colleges and universities, which have increased in number since the Taliban’s first rule ended in 2001.

During that period, girls and women were mostly excluded from education because of rules regarding same-sex classrooms and the insistence they had to be accompanied by a male relative whenever they left the house.

There was no order for women to wear the all-enveloping burqa in the new regulations issued late Saturday, but the niqab effectively covers most of the face anyway, leaving just the eyes exposed.

In recent years burqas and niqabs have largely vanished from the streets of Kabul, but are seen more frequently in smaller cities and towns.

Students attend a class with a curtain separating males and females at a private university in Kabul. Photo: AFP

The decree came as private universities opened on Monday.

“Universities are required to recruit female teachers for female students based on their facilities,” the decree said, adding that men and women should use separate entrances and exits.

If it is not possible to hire women teachers, then colleges “should try to hire old men teachers who have a good record of behaviour”.

While women now have to study separately, they must also end their lesson five minutes earlier than men to stop them from mingling outside.

They must then stay in waiting rooms until their male counterparts have left the building, according to the decree issued by the Taliban higher education ministry.

“Practically, it is a difficult plan - we don’t have enough female instructors or classes to segregate the girls,” said a university professor, who asked not to be named.

Afghanistan’s ethnic diversity and its role in politics

“But the fact that they are allowing girls to go to schools and universities is a big positive step,” he said.

Afghanistan’s new rulers have said they will be more accommodating than during their first stint in power, which also came after years of conflict - first the Soviet invasion of 1979, and then a bloody civil war.

They have promised a more “inclusive” government that represents Afghanistan’s complex ethnic makeup - though women are unlikely to be included at the top levels.

University rates for women have risen dramatically in the 20 years since the Taliban was last in power, and many women were worried they wouldn’t be able to continue their education. Photo: AFP

Over the past 20 years, since the Taliban were last in power, university admission rates have risen dramatically, particularly among women.

Before the Taliban returned in a lightning military campaign, entering the capital of Kabul last month, women studied alongside men and attended seminars with male professors.

One music school in Afghanistan fears for its students

But a spate of deadly attacks on education centres in recent years sparked panic.

The Taliban denied being behind the attacks, some of which were claimed by the local chapter of the Islamic State group.