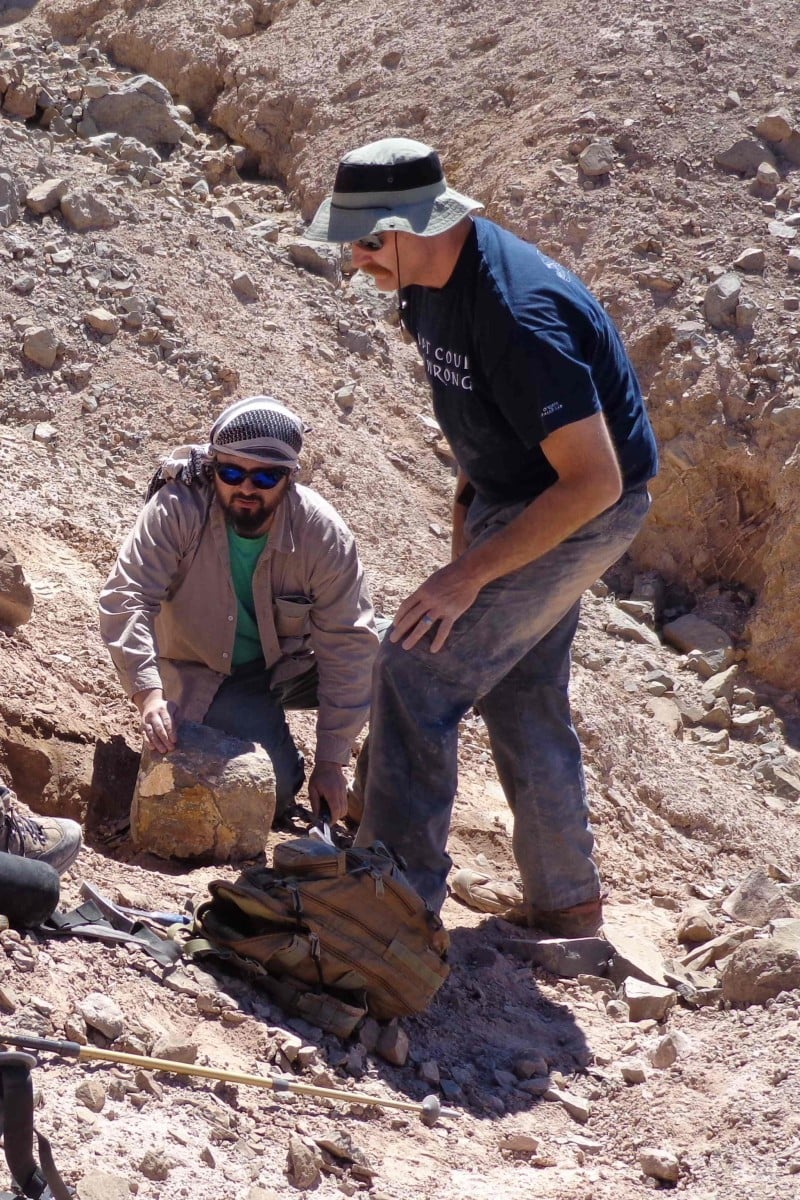 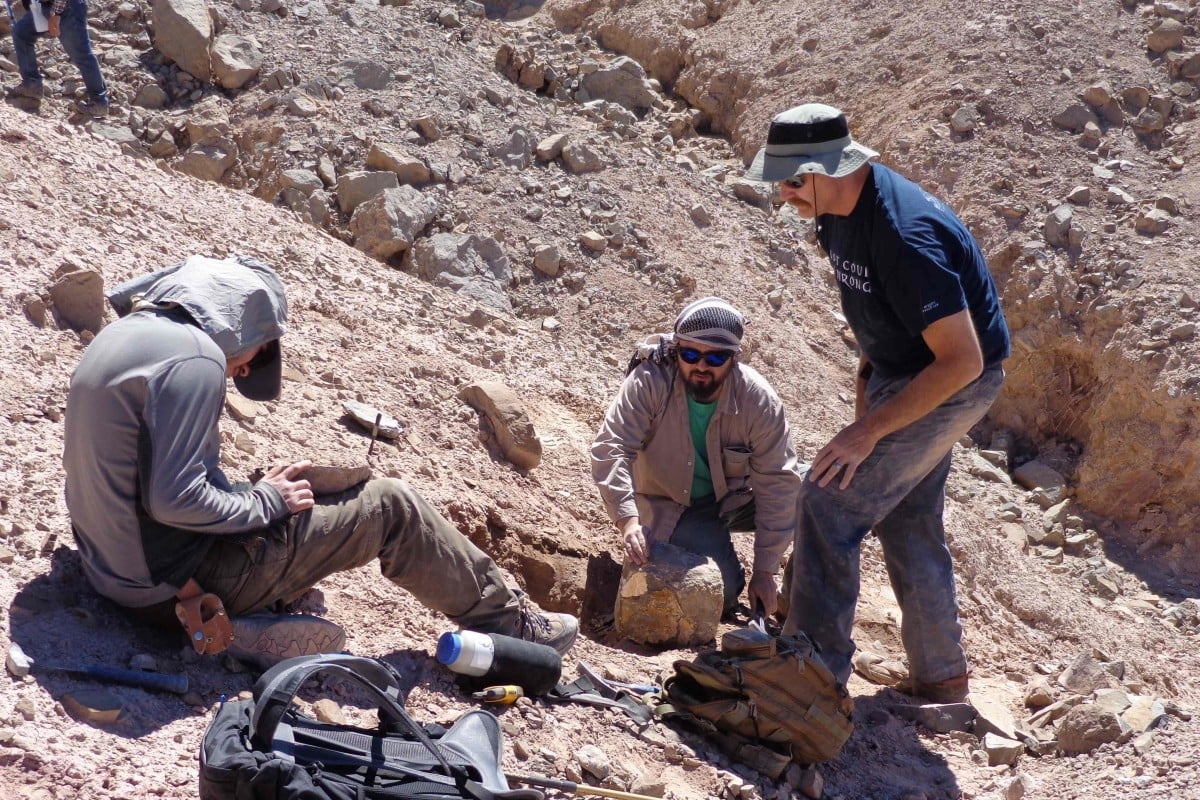 A team of Chilean scientists have for the first time identified fossil remains of a pterosaur in the Atacama Desert, a flying dragon that inhabited the northern part of the country during the Jurassic period, some 160 million years ago, the University of Chile announced on Friday. Photo: Universidad de Chile/AFP

Scientists in Chile’s Atacama Desert have unearthed the fossil remains of a so-called “flying dragon,” a Jurassic-era dinosaur previously thought to only have occupied the northern hemisphere.

The flying reptile belonged to a group of early pterosaurs that roamed the earth 160 million years ago. It had a long pointed tail, wings and sharp, outward pointing teeth.

The beast’s fossil remains were discovered by Osvaldo Rojas, director of the Atacama Desert Museum of Natural History and Culture, and then further investigated by scientists at the University of Chile.

The Mexican dinosaur that may have sounded like an elephant

Details of the discovery, the first linking such creatures to the Southern Hemisphere, were published in the journal Acta Palaeontologica Polonica.

“This shows the distribution of the animals in this group was wider than what was known up to now,” said Jhonatan Alarcon, a University of Chile scientist who led the investigation.

The fossil of a pterosaur found by a group of scientists in the Atacama Desert, in northern Chile. Photo: Universidad de Chile/AFP

The discovery points to close ties and possible migration between the northern and southern hemispheres at a time when most of the globe’s southern land masses were believed to be linked in a supercontinent called Gondwana.

”There are pterosaurs of this group also in Cuba, which apparently were coastal animals, so most likely they migrated between the North and the South or maybe they came once and stayed, we don’t know,” Alarcon said.

Chile’s vast Atacama Desert, once largely submerged beneath the Pacific Ocean, is now a moonscape of sand and stone.

The region, parts of which haven’t seen rain for decades, is a hot spot for fossil discoveries, with many remains untouched in remote areas not far beneath the desert surface.