More Americans have died from Covid-19 than 1918 flu pandemic 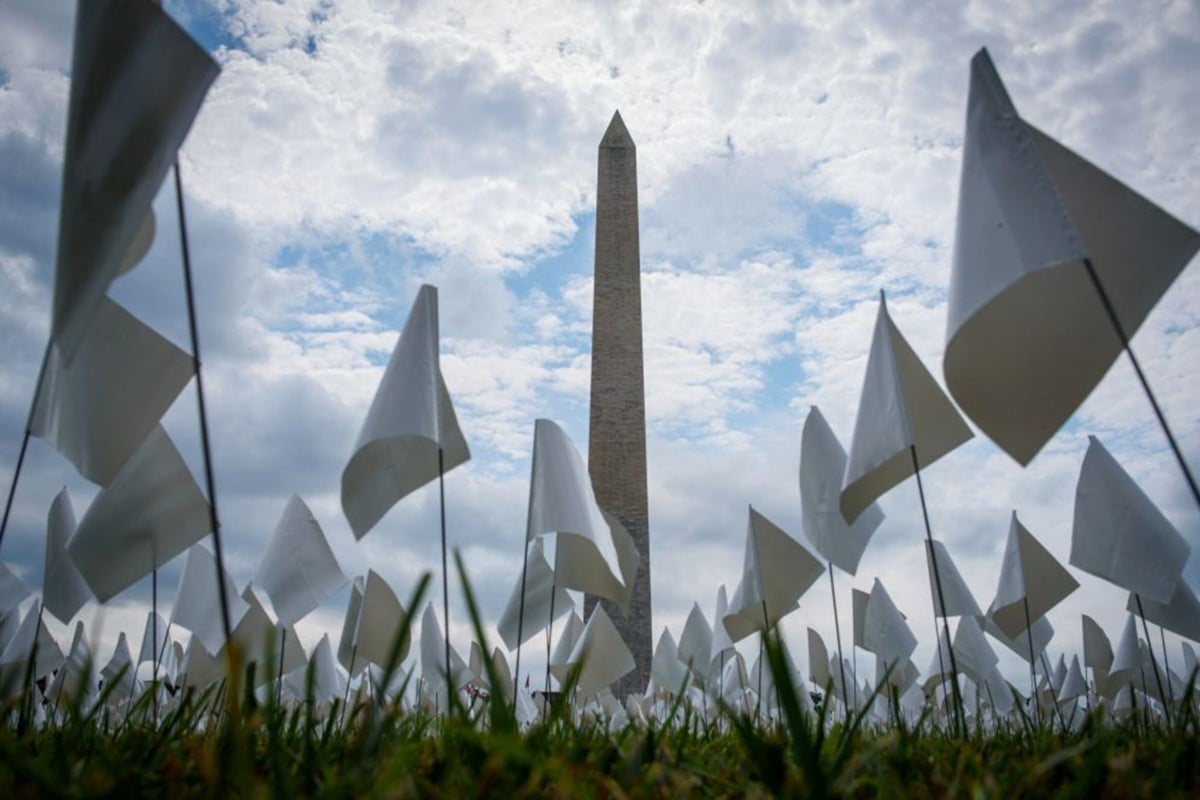 White flags are seen in front of the Washington Monument in Washington, DC. The project, by artist Suzanne Brennan Firstenberg, uses over 600,00 miniature white flags to symbolise the lives lost to Covid-19 in the US. Photo: AFP via Getty Images/TNS

Despite a century of medical advances, more Americans have now died from Covid-19 than the number who succumbed to the 1918 flu pandemic, according to new data.

The latest grim milestone comes as the country is experiencing a fourth-wave driven by the highly contagious Delta variant. The low vaccination rate in many regions has been blamed as the main cause of death.

A tracker from Johns Hopkins University, an elite university in the US state of Maryland, showed 675,722 US coronavirus deaths as of Friday, which surpasses the 675,000 US deaths during the influenza outbreak that began in the last year of World War I.

All told, some 50 million died worldwide in the flu pandemic - sometimes inaccurately referred to as the “Spanish flu” - making it the deadliest event in human history, according to epidemiologists.

WHO says to avoid the coronavirus booster shot - for now

That far exceeds global Covid deaths so far - around 4.7 million.

But the United States has borne a disproportionate 14 per cent of those fatalities, despite making up only five per cent of the world’s population.

In spite of the high number of deaths, many Americans still protest requiring masks in public places. This photo shows around 200 people protesting a mask mandate for kids in schools in Oakland County, Michigan. Photo: TNS

The American population in 1918 was less than a third of what it is now, meaning the flu deaths would be equivalent to some 2.2 million in today’s terms.

Unlike today’s influenzas, which impact children and the elderly the most, the 1918 flu caused unusually high mortality among young adults.

The world may never reach herd immunity against Covid

According to the Centres for Disease Control and Prevention, with no vaccines and no antibiotics for secondary bacterial complications, control efforts were limited in the 1918-19 to non-pharmaceutical measures.

These included “isolation, quarantine, good personal hygiene, use of disinfectants, and limitations of public gatherings,” it said.

Many of the same measures, including face masks, were recommended when the Covid pandemic began.

Now, however, there are also multiple safe and highly effective vaccines that were developed and tested in record-time - but 24 per cent of US adults, or almost 60 million, haven’t yet got their first dose.

Descendants of the H1N1 strain that spread in 1918 at continue to make up the seasonal influenza viruses we fight today, with far less severity.