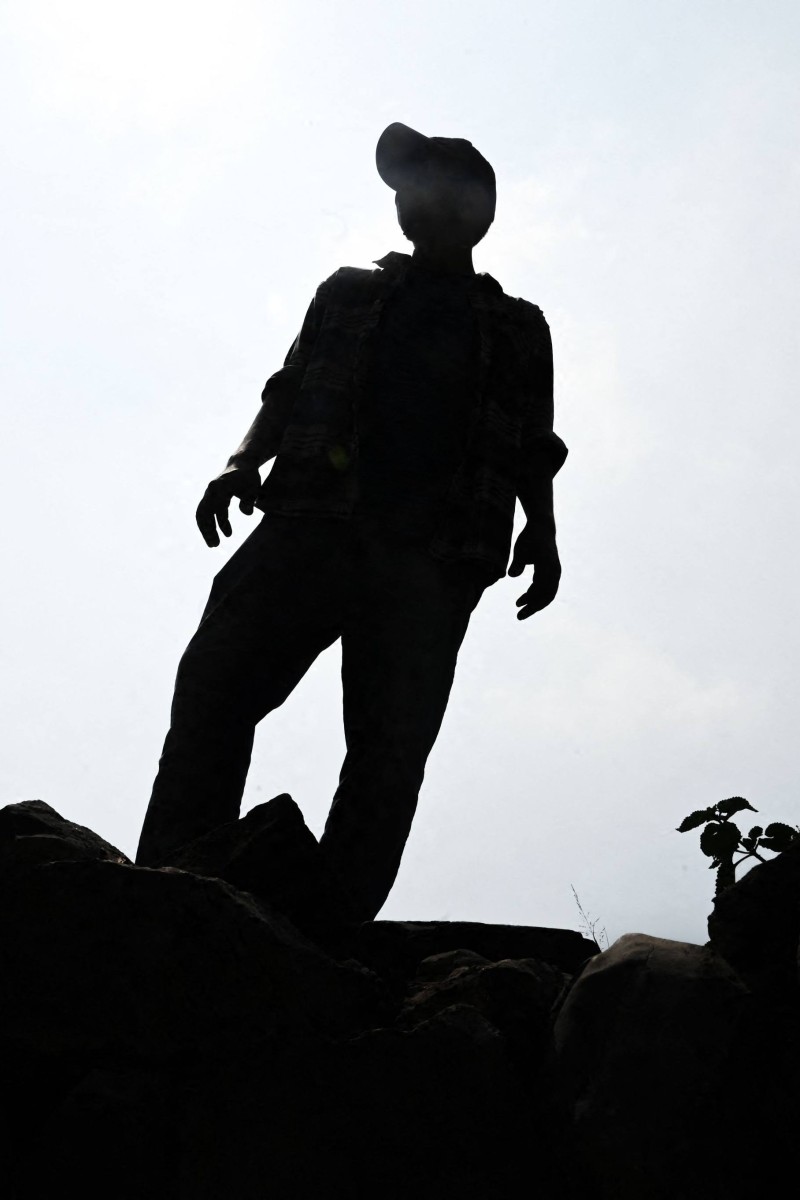 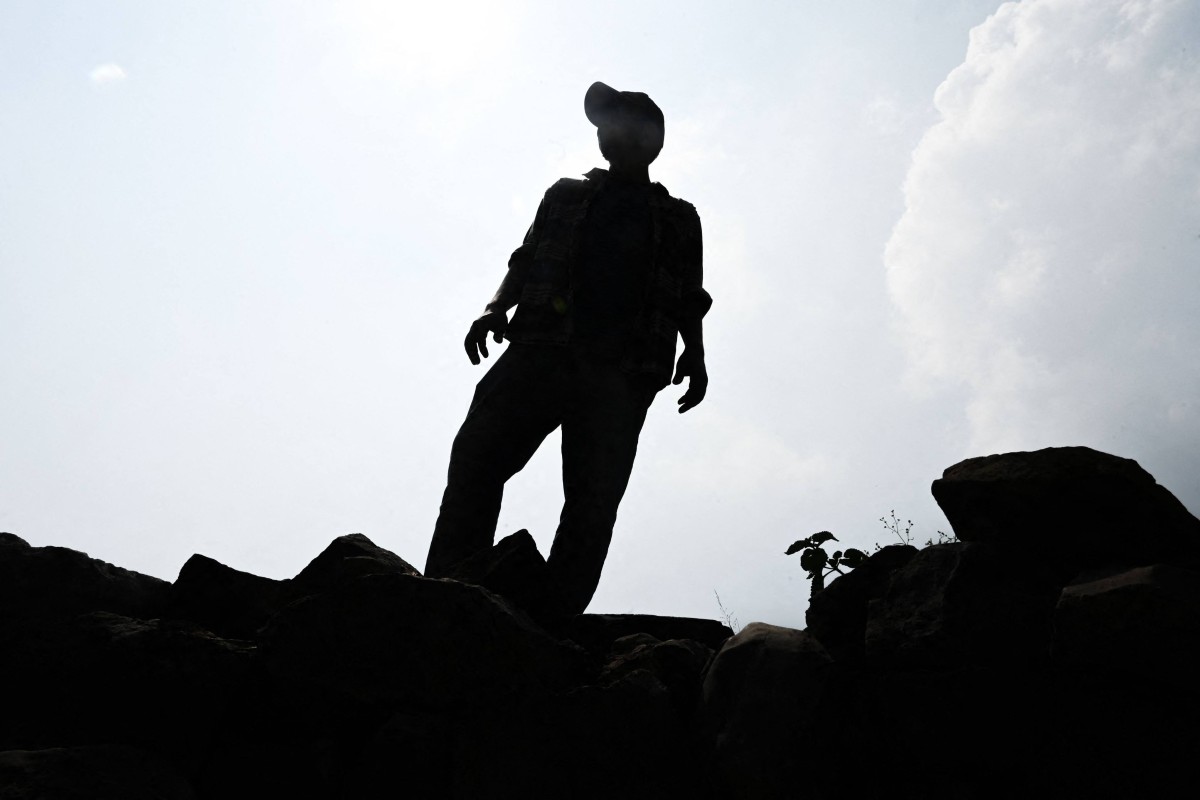 Yahya, an Afghan who identifies as gay and non-gender conforming, poses during an interview at an undisclosed location on September 28, 2021. They are just one of the many LGBTQ+ Afghans haunted by the Taliban’s brutally repressive reign from 1996 to 2001. Photo: AFP

As the Taliban appeared on every corner of Kabul, Marwa and her friend - both gay Afghans - took the drastic decision to become husband and wife.

The hurried marriage was conducted with no ceremony or family around them.

“I was telling myself that the Taliban would come and kill me,” the 24-year-old told AFP in an interview conducted over WhatsApp.

Women fear for their rights as the Taliban takes over

“I was afraid, I was crying all the time … so I asked my friend to prepare a marriage document,” said Marwa, using a pseudonym for security reasons.

Many LGBTQ+ Afghans are haunted by the Taliban’s brutally repressive reign from 1996 to 2001, when gay men were stoned to death or crushed by toppled walls as punishment.

The militants have not officially commented on the subject since they overran Kabul on August 15, but former senior judge Gul Rahim told Germany’s Bild newspaper that the death penalty for gay people would return.

Radwin, an Afghan transgender woman, gestures while speaking during an interview with AFP at an undisclosed location in Afghanistan. She said she has suffered brutal violence and rejection by her family, but she is even more desperate to flee since the return of the Taliban, fearing that the few freedoms she did enjoy would disappear. Photo: AFP

More broadly, the Taliban have made it resoundingly clear that they will apply their restrictive interpretation of Islamic law - which is unequivocal on the rights of LGBTQ+ people.

Terrified for their lives, many young gay men and women have gone underground, erasing all traces of their former lives on social media, according to NGOs and testimonies collected by AFP.

One gay man was sexually assaulted and beaten by a group of men who lured him away on the pretence that he would be evacuated, according to LGBTQ+ rights activists cited by media reports.

“When the Taliban first came, we did not come out of our homes for about two or three weeks and now we go outside wearing different clothes, trying to look plain,” said Abdullah, who spoke to AFP in the Western city of Herat.

“Before, we wore trousers and jeans, or T-shirts, and some gay men wore make-up,” added the 21-year-old, who also used a pseudonym.

Under successive US-backed governments over the past 20 years, only slight progress was made in LGBTQ+ rights, with the issue little understood in Afghanistan.

LGTBQ+ Afghans were repressed, assaulted and even killed under the previous Taliban regime, and many fear a return to these days, now that the religious extremists are in control once again. Photo: EPA-EFE

Even after the Taliban’s 2001 ouster, gay sex was still a criminal offence that came with a prison sentence.

People were routinely subjected to discrimination, assault and rape, with little accountability.

Gender identity and the importance of pronouns for LGBTQ people

“They had a little freedom and some safe places in Kabul,” said Artemis Akbary, a prominent Afghan LGBTQ+ rights activist who fled to Turkey several years ago.

“There was a cafe in Kabul where every Friday LGBTQ+ friends met each other and they danced.”

Abdullah also described how support had begun to build in recent years, thanks to media coverage and access to information.

Afghanistan’s ethnic diversity and its role in politics

“This was motivation for all of us to remain in Afghanistan and strengthen the LGBTQ+ community here, and at least remain in our country with our own families,” he said.

But as cities began to fall to the Taliban over the summer, some found ways to escape the country, including to Pakistan and Iran.

Since their August takeover, the Taliban have replaced the ministry of women’s affairs with a department notorious for enforcing strict religious doctrine during their first rule two decades ago.

A member of Taliban stands guard along a road in Kabul. Photo: AFP

“For those still present in Kabul, it is clear that the reopening of the Ministry for the Promotion of Virtue and the Prevention of Vice is very dangerous,” said Arnaud Gauthier-Fawas, a spokesperson for Inter-LGBT France.

The ministry’s enforcers were known in the 1990s for carrying whips and were responsible for strictly implementing hardline interpretations of Islam.

The Rainbow Railroad in Canada, a rights group that helps LGBTQ+ people escape state-sponsored violence, said it had been contacted by more than 700 Afghans since the start of the crisis.

“We have been getting direct reports of LGBTQ+ people targeted in violent attacks, some of which have been fatal,” the group’s executive director Kimahli Powell said.

“People are in hiding and in fear for their lives. There is great uncertainty about what comes next.”

Yahya, who identifies as gay and a gender nonconforming person, says they were beaten by a Taliban guard wielding a blue PVC pipe the first time they dared to venture outside after Kabul fell.

Yahya said they were beaten by a Taliban guard just days after Kabul was taken over by the group. Photo: AFP

“It’s not written on my face that I am this person. But he used a curse word and said, ‘do not you know how to walk like a man?’

“My eyes were full of tears but I could not say anything to him because he had a gun hanging on his other shoulder. So I said nothing, and I just got in a taxi and went.”

Yahya, who was beaten by their brother after being outed by a relative eight years ago, told AFP in Kabul that life would get worse “day by day” under the Taliban.

Should school syllabuses include LGBTQ+ history?

After weeks of frantic contact with international organisations, Yahya was evacuated.

“I’m so very happy, I cannot explain it,” Yahya told AFP after leaving Afghanistan. “I feel like a bird who is freed from a cage and ready to fly.”

AFP changed their name to protect their identity.

Fearing for their life, Yahya evacuated Afghanistan, saying they feel like “a bird who is ready to fly”. Photo: AFP

For Marwa, who is relying on her new marriage for protection, Afghans who stay must live under the constant threat of death.