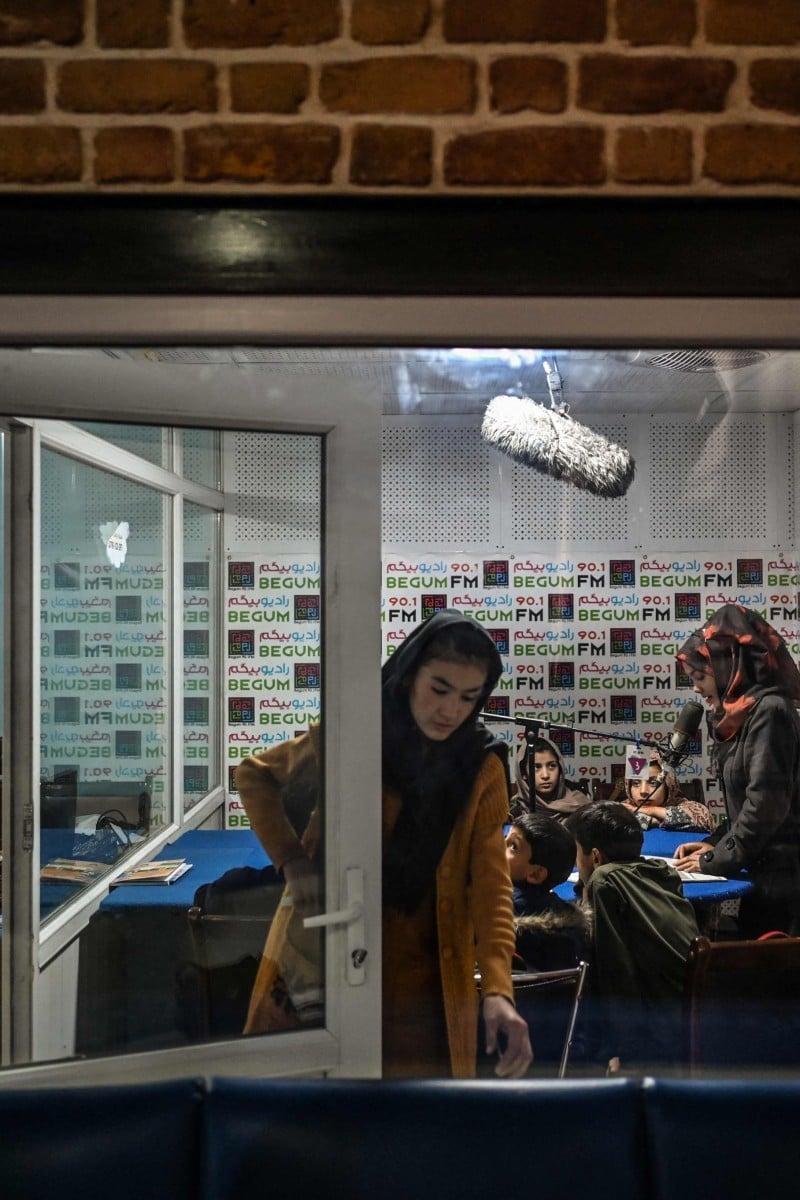 ‘We’re not giving up’: The radio station for Afghan women 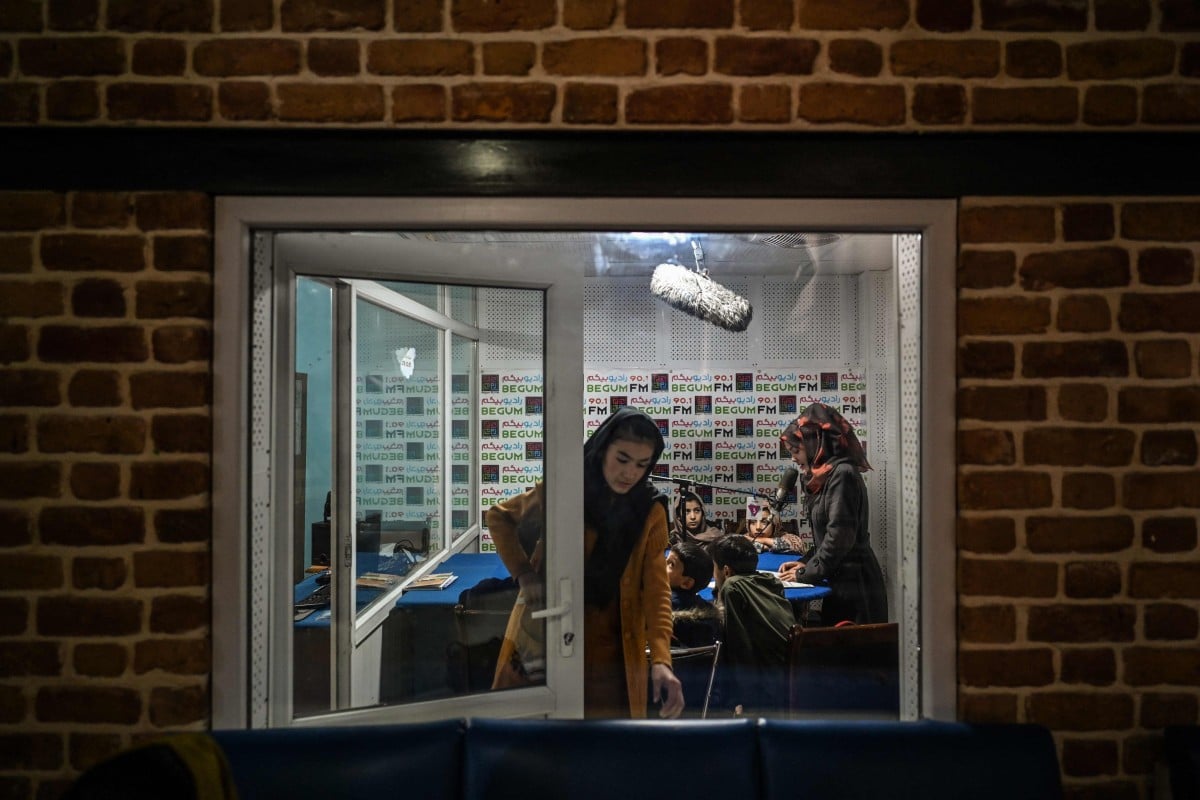 Teachers and students attending a class on-air at Radio Begum in Kabul. From Taliban-controlled Kabul, the radio station is broadcasting the voices of women that have been muted across Afghanistan. Photo: AFP

From Taliban-controlled Kabul, Radio Begum is broadcasting the voices of women that have been muted across Afghanistan.

For now, they operate with the permission of the hardline Islamists who regained power in August and have limited the ability for women to work and girls to attend school.

“We’re not giving up,” pledged 48-year-old Hamida Aman, the station’s founder, who grew up in Switzerland after her family fled Afghanistan a few years after the Soviet Union invaded.

“We have to show that we don’t need to be scared,” said Aman, who returned after the ousting of the Taliban’s first regime in 2001 by US-led foreign forces.

“We must occupy the public sphere.”

The station was founded on March 8, International Women’s Day, this year, five months before the Taliban marched into Kabul and finalise their defeat of the US-backed government.

Hamida Aman (left), founder of Radio Begum, talking to students before the start of a class inside a room at the radio station. Photo: AFP

From a working-class neighbourhood, it continues to broadcast across Kabul and surrounding areas – and live on Facebook.

“Begum” was a noble title used in South Asia, and it now generally refers to a married Muslim woman. “This station is a vessel for women’s voices, their pain, their frustrations,” Aman said.

The Taliban granted permission for the broadcaster to stay on the airwaves in September, albeit with new curbs. Radio Begum’s 10 or so employees used to share an office with male colleagues who worked on a youth radio station.

Now they are separated. Each sex has its own floor and a large opaque curtain has been installed in front of the women’s office. Pop music has been replaced with traditional songs and “quieter music”, Aman said.

Nevertheless, staff members said working at the station was a “privilege”, with many women government workers barred from returning to offices.

The Taliban have yet to formalise many of their policies, leaving gaps in how they are implemented by the group across the country.

Most public secondary schools for girls have been shut since the takeover. But twice a day the radio studio resembles a classroom.

When Agence France-Presse visited, six girls and three boys – all aged 13 or 14 – pored over their books as the presenter gave an on-air lesson about social justice.

“Social justice is opposed to extremism,” said the 19-year-old teacher, a student of journalism until a few months ago.

“What is justice in Islam?” she asked.

As the Taliban takes over Afghanistan, one music school fears for its future - and its students

Mursal, a 13-year-old girl, has been going to the studio to study since the Taliban blocked some secondary schools from reopening.

“My message to girls who can’t go to school is to listen to our programme carefully, to use this golden chance and opportunity,” she said.

“They may not have it again.”

Mursal (left) and her peers attending a class on-air at the radio station. Afghanistan. Photo: AFP

There are also on-air lessons for adults.

In one such lesson, station director Saba Chaman, 24, read the autobiography of Michelle Obama in Dari. She is particularly proud of a show where listeners call in for psychological counselling.

In 2016, just 18 per cent of women in Afghanistan were literate compared with 62 per cent of men, according to the former education ministry.

“Women who are illiterate are like blind people,” one woman who cannot read said on air. “When I go to the pharmacy they give me expired medication. If I could read they wouldn’t do it.”

A few months after the Taliban seized power, Aman met with spokesman Zabihullah Mujahid, and told him the radio was “working to give a voice to women”. He was “very encouraging”, she said.

But the future is uncertain.

In September, the country’s leading independent television station Tolo News reported that more than 150 outlets had shut over restrictions and financial troubles.

Radio Begum is no longer taking in advertising revenue. If no funds are received within three months, the voices of these women will disappear from the airwaves of Afghanistan, Chaman said.

“My only cause for hope at the moment is knowing that I’m doing something important in my life to help Afghan women.”