From red-eyed cicadas to a ‘shark alien’ fish, these are the top animal stories of 2021

Chinese New Year: The different days of the new year and what each of them mean

Psychologist explains how fear of rejection drives others away

Your Voice: Why Netflix’s Don’t Look Up is worth a look up (long letters) 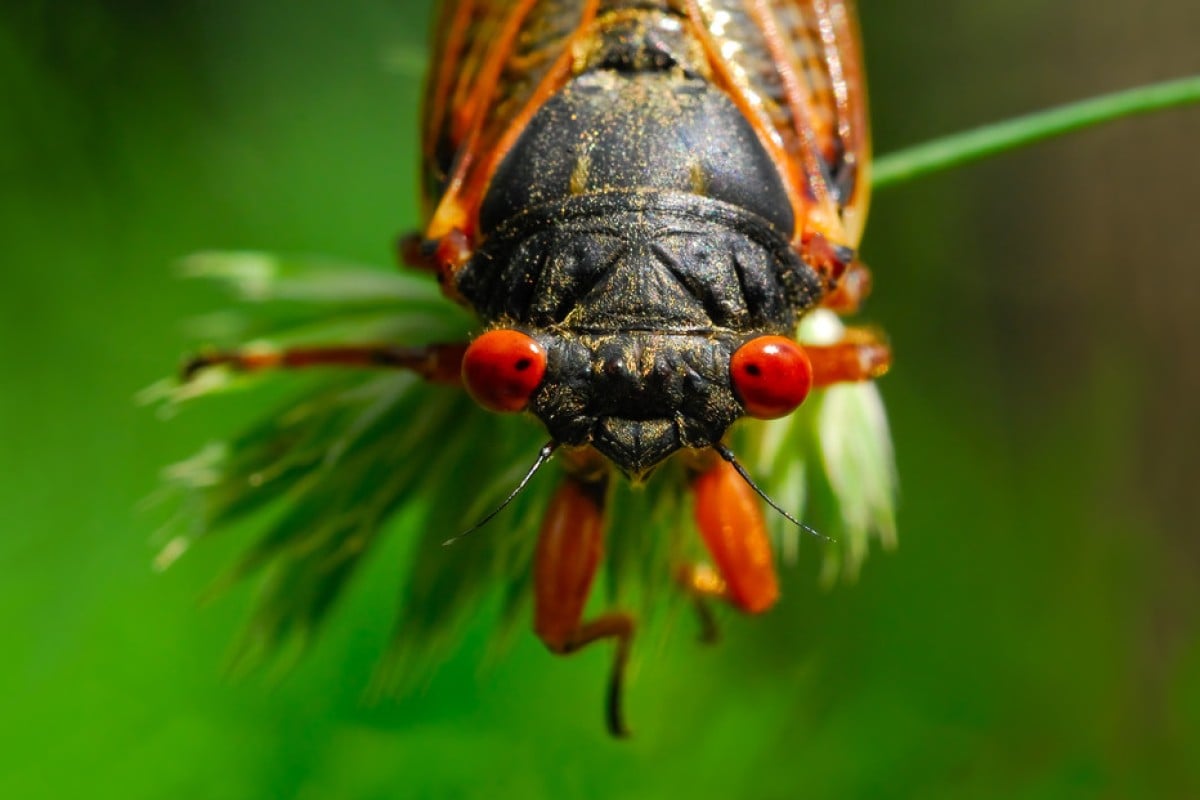 The cicadas of Brood X emerged from their decade-plus-long dirt nap in May. Photo: Shutterstock

Through the good and the bad, animals across the planet continue to fascinate and captivate our attention. 2021 was no different.

Whether it was by land, air or water, some stories showed how animals and humans sometimes share unique bonds, while others showed how scary nature truly can be.

From bears, snakes, sunfish and the emergence of millions, if not billions, of very noisy insects, here are some of the biggest animal storylines of the year.

The weirdest news from 2021, from talking ducks to scary croissants

Cicadas came and went – but not quietly

If there was an award show for animals, cicadas would probably sweep all the major 2021 categories, along with breakthrough animal of the year.

In the spring, a group of cicadas known as Brood X emerged for the first time in 17 years and appeared all over the East Coast of the United States, making sure their presence was known by emitting sounds between 80 and 100 decibels, or as loud as a low-flying plane or a lawnmower.

As soon as they arrived, Brood X wreaked havoc. In a few short weeks, they messed with the National Weather Service’s radars, caused a car accident in Ohio, crawled on a CNN reporter during a live shot and infested a White House press plane, delaying it for over six hours. Not bad for an animal with a sexually transmitted fungus that rots away their body and essentially makes them zombies.

These red-eyed bugs can seem downright creepy, especially since they only come out from underground every 17 years. Photo: Shutterstock

Despite their annoyance, some people found a way to enjoy these critters on their dinner plate, with one Virginia restaurant serving up cicada tacos. However, they weren’t so great for dogs.

Even though they won’t be back until 2038, the Brood X legacy will live on through art.

Cicadas weren’t the only bugs wreaking havoc on the world. In Maine, the invasive browntail moth caterpillar was poisoning people and leaving them with painful rashes.

In the Northeast, health officials were begging people to kill the invasive spotted lanternfly.

Spiders also made headlines, including the massive “megaspider” in Australia.

Easily mistaken for a colourful butterfly or moth, the spotted lanternfly is actually a species of planthopper that can cause serious damage to trees and crops. Photo: Shutterstock

What lurks in the waters

We know relatively little of what really lies underneath the deep waters across the world, and but all these wild creatures washing ashore this past year have given up a glimpse into some of the lesser-seen aquatic beasts.

After all, what would you do if you found the terrifying football fish not once but twice, as well as a 100-pound rare deep ocean fish and a humongous “mutilated shark alien” fish off the Pacific coast?

The “mutilated shark alien” turned out to be a sunfish, one of the heaviest bony fish in the world and can weight up to 2.5 tonnes. Photo: Shutterstock

Also, don’t forget about the rare “candyfloss” colour lobster, “mysterious blob” or the man swallowed by a humpback whale in the Atlantic, as well as the Kansas man that caught the ancient alligator gar.

But know there is no need to dispose of pet fish in the water, especially your goldfish.

Snakes also had a shocking 2021. A Georgia woman thought there was a piece of fuzz on her floor – until it turned out to be 18 snakes under her bed. In Australia, a 10-foot-long python was found perusing the spices in a grocery store.

Some encounters were with potential deadly snakes, like when a Mississippi woman saw the very rare blond timber rattlesnake.

In Britain, a stonemasonry firm found one of the deadliest snakes in the world, a saw-scaled viper, in a shipper container sent from India. It also appears snakes celebrate Christmas, after South Africa’s most venomous snake, the boomslang, came out of a family’s Christmas tree.