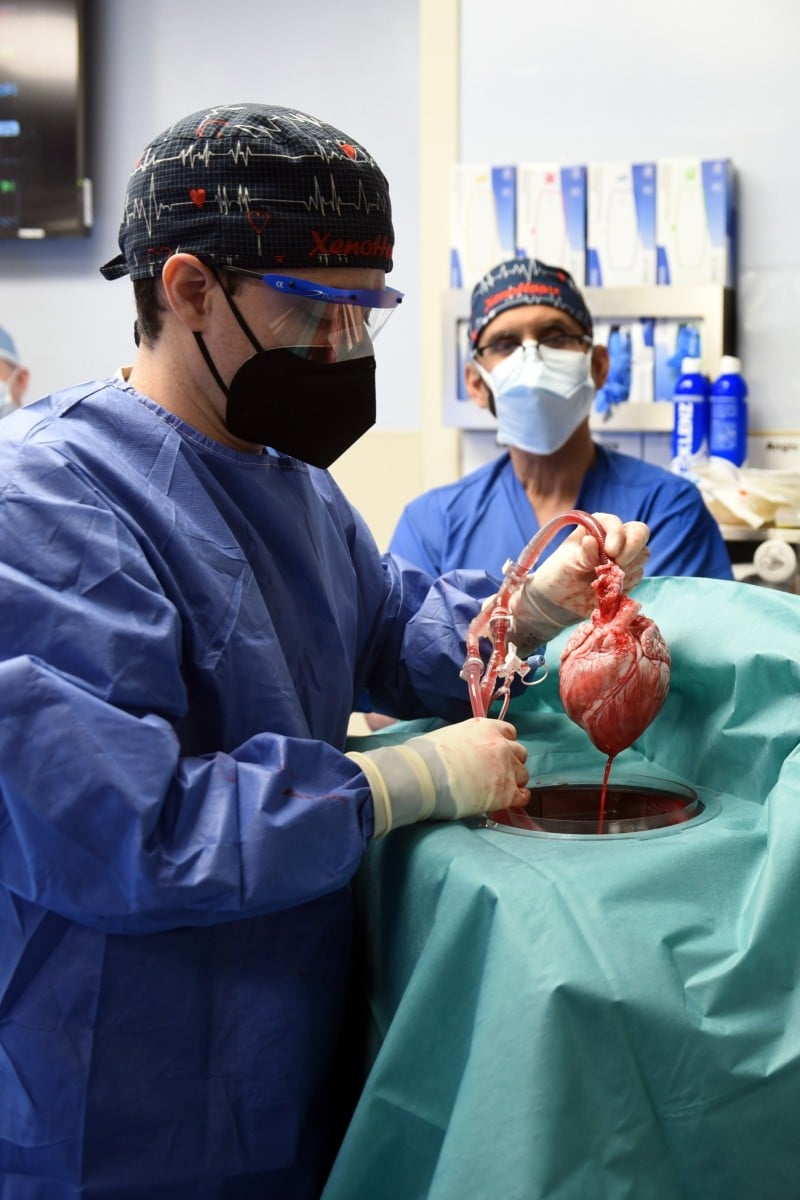 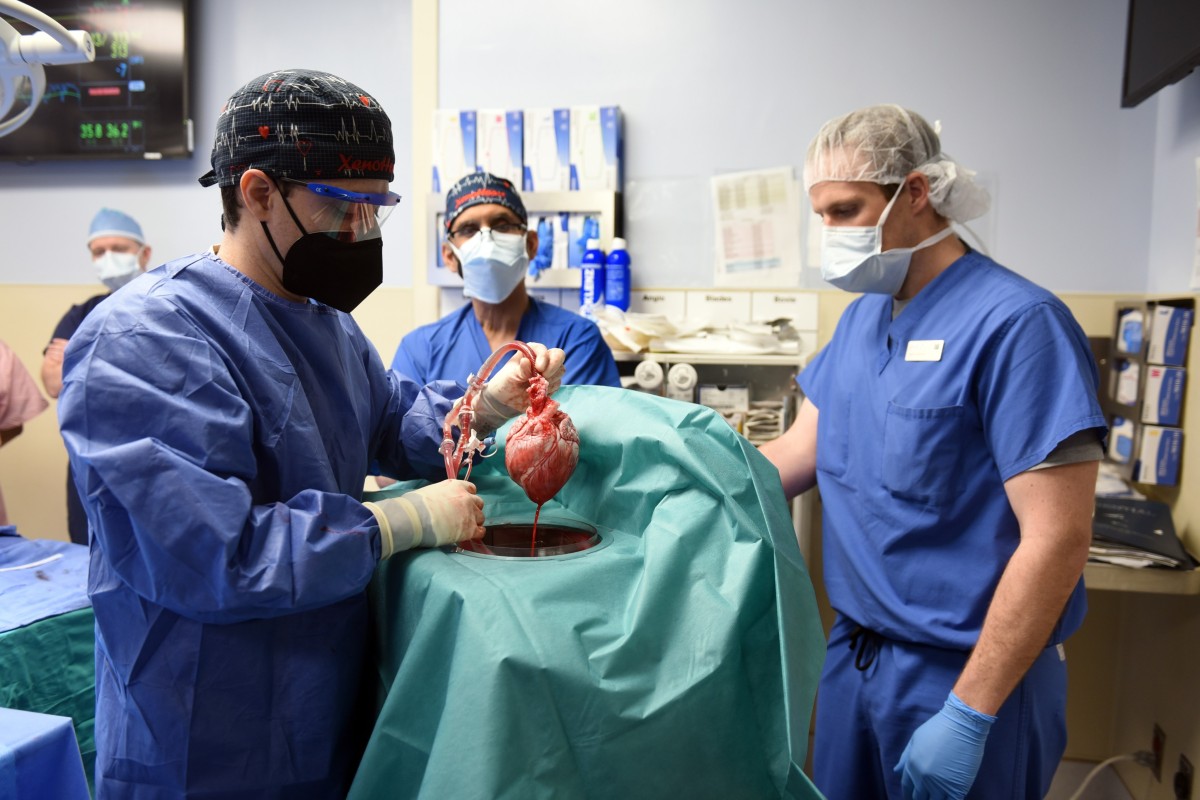 Surgeons implant the heart of a genetically modified pig into a human as part of a life-saving operation. Photo: EPA-EFE

US surgeons have successfully implanted a heart from a genetically modified pig in a 57-year-old man, a medical first that could one day help solve the chronic shortage of organ donations.

The “historic” procedure took place Friday, the University of Maryland Medical School said in a statement on Monday. While the patient’s prognosis is far from certain, it represents a major milestone for animal to human transplant.

The patient, David Bennett, had been deemed ineligible for human transplant – a decision that is often taken when the recipient has very poor underlying health.

He is now recovering and being carefully monitored to determine how the new organ performs.

“It was either die or do this transplant. I want to live. I know it’s a shot in the dark, but it’s my last choice,” the Maryland resident said a day before the surgery.

Bennett, who has spent the last several months bedridden on a heart-lung bypass machine, added: “I look forward to getting out of bed after I recover.”

The next few weeks will be critical as Bennett (right) recovers from the surgery and doctors carefully monitor how the new organ performs. Photo: AFP

The Food and Drug Administration granted emergency authorisation for the surgery on New Year’s Eve, as a last-ditch effort for a patient who was unsuitable for conventional transplant.

“This was a breakthrough surgery and brings us one step closer to solving the organ shortage crisis,” said Bartley Griffith, who surgically transplanted the pig heart.

“We are proceeding cautiously, but we are also optimistic that this first-in-the-world surgery will provide an important new option for patients in the future.”

Muhammad Mohiuddin, who co-founded the university’s cardiac xenotransplantation programme, added the surgery was the culmination of years or research, involving pig-to-baboon transplants, with survival times that exceeded nine months.

Bennett’s donor pig belonged to a herd that had undergone genetic editing procedures.

Bennett, who was ineligible for a human heart transplant agreed to the highly experimental surgery. Photo: AP

Six human genes responsible for human acceptance were inserted into the genome, for a total of 10 unique gene edits.

The editing was performed by Virginia-based biotech firm Revivicor, which also supplied the pig used in a breakthrough kidney transplant on a brain-dead patient in New York in October.

But while that surgery was purely a proof-of-concept experiment, and the kidney was connected outside the patient’s body, the new surgery is intended to save a person’s life.

The donated organ was kept in an organ-preservation machine ahead of the surgery, and the team also used an experimental new drug made by Kiniksa Pharmaceuticals along with conventional anti-rejection drugs to suppress the immune system.

About 110,000 Americans are currently waiting for an organ transplant, and more than 6,000 patients die each year before getting one, according to official figures.

To meet demand, doctors have long been interested in so-called xenotransplantation, or cross-species organ donation, with experiments tracing back to the 17th century.

Early research focused on harvesting organs from primates – for example, a baboon heart was transplanted into a newborn known as “Baby Fae” in 1984, but she survived only 20 days.

Today, pig heart valves are widely used in humans, and pig skin is grafted on human burn victims. Pigs make the ideal donors because of their size, their rapid growth and large litters, and the fact they are already raised as a food source.