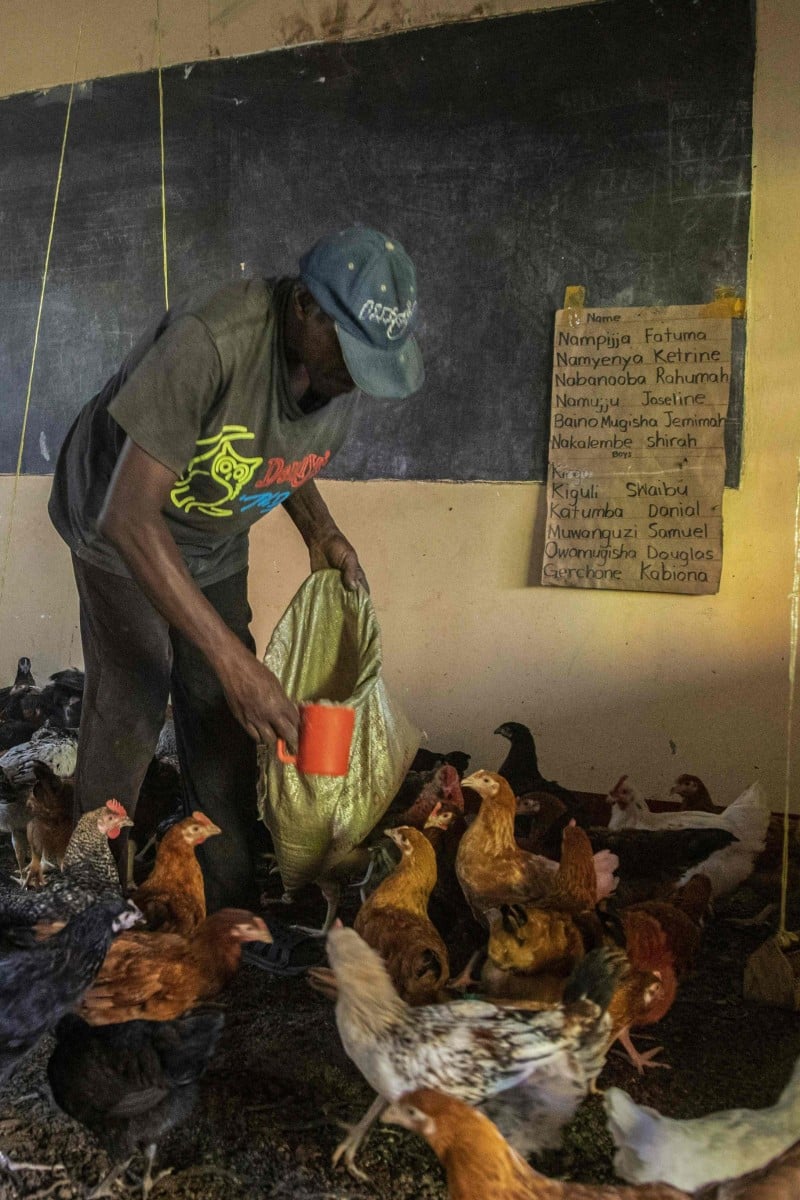 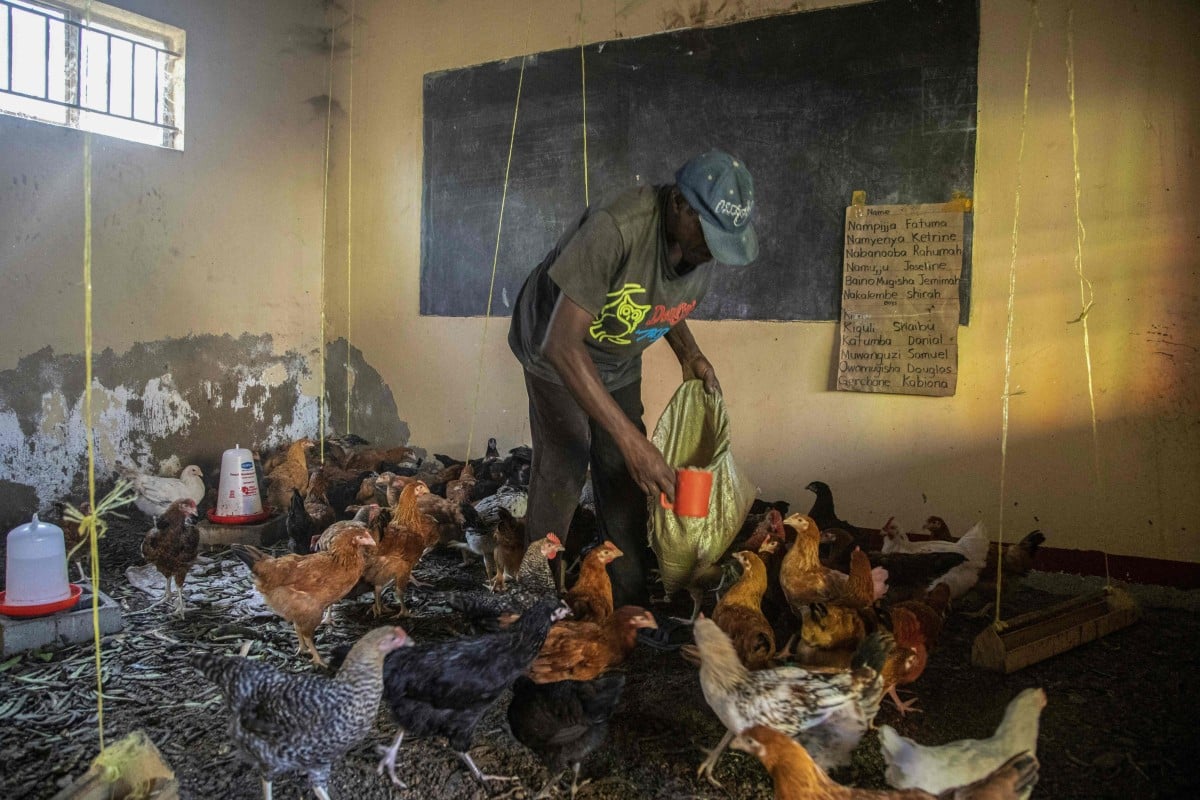 In this photo taken on January 10, 2022, Musa Kalema, former headteacher at Cream Nursery and Primary school, tends to his chickens in a former classroom following an almost two-year closure of learning institutions by the government as a measure to curb the spread of Covid-19 in Kampala, Uganda. Photo: AFP

School closures due to the Covid-19 pandemic have caused “nearly insurmountable” losses in education among children around the world, according to a recent statement from the United Nations Children’s Fund (Unicef).

More than 616 million students are still being affected by full or partial school closures, the agency said.

In many countries, in addition to depriving millions of children of the chance to acquire basic skills, these disruptions have affected students’ mental health, put them at greater risk of abuse and prevented many from having access to “a regular source of nutrition,” Unicef added.

“Quite simply, we are looking at a nearly insurmountable scale of loss to children’s schooling,” said Unicef Chief of Education Robert Jenkins in a statement, almost two years into the pandemic.

And “just reopening schools is not enough,” he added, calling for “intensive support to recover lost education.”

Unicef reported that “learning losses to school closures have left up to 70 per cent of 10-year-olds unable to read or understand a simple text, up from 53 per cent pre-pandemic” in countries with low and middle income.

Teacher Mona Binder from the Realschule am Goldberg in Germany teaches students German at the start of the learning bridge before the regular start of school. Photo: DPA

In Ethiopia, for example, children learned only “between 30 to 40 per cent of the maths they would have learned if it had been a normal school year” in primary school, the UN agency estimated.

Rich countries are far from being spared. In the United States, learning losses have been observed in several states, including Texas, California and Maryland, said Unicef.

Finally, in addition to rising levels of anxiety and depression among children and young people linked to the pandemic, school closures also meant more than 370 million children around the world did not get school meals, “losing what is for some children the only reliable source of food and daily nutrition.”