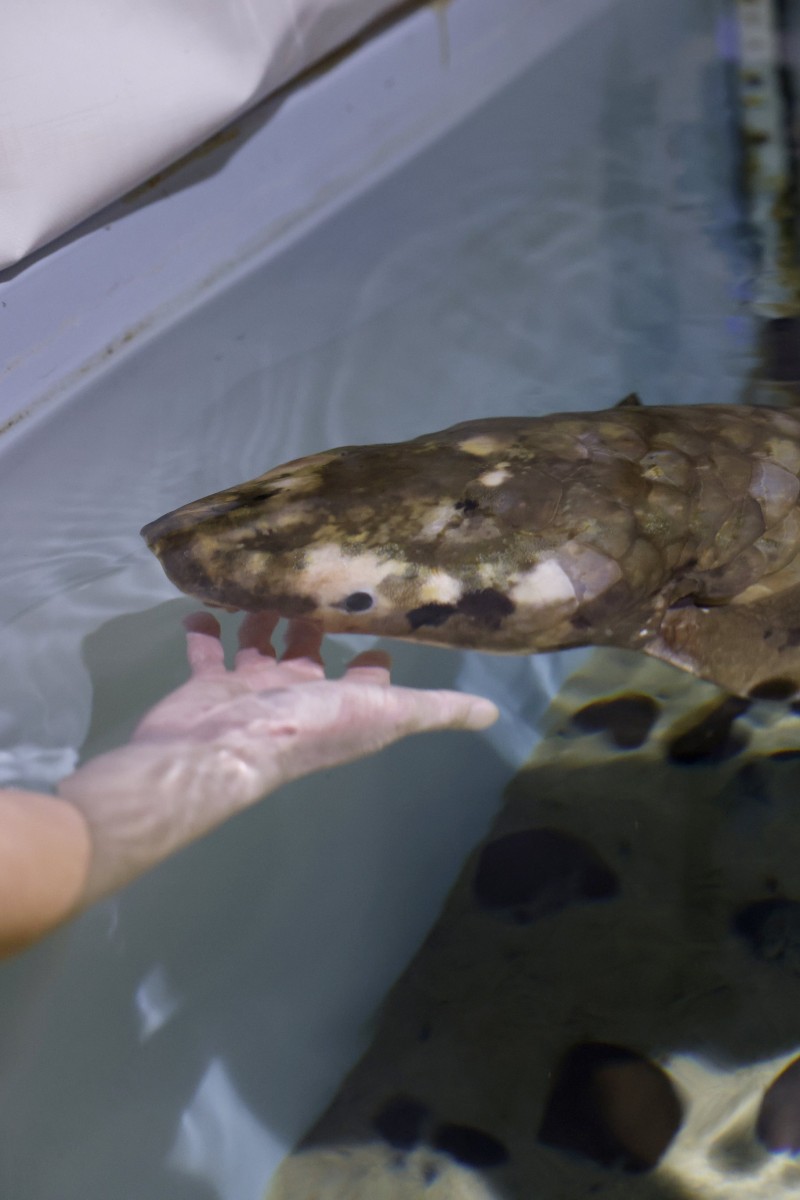 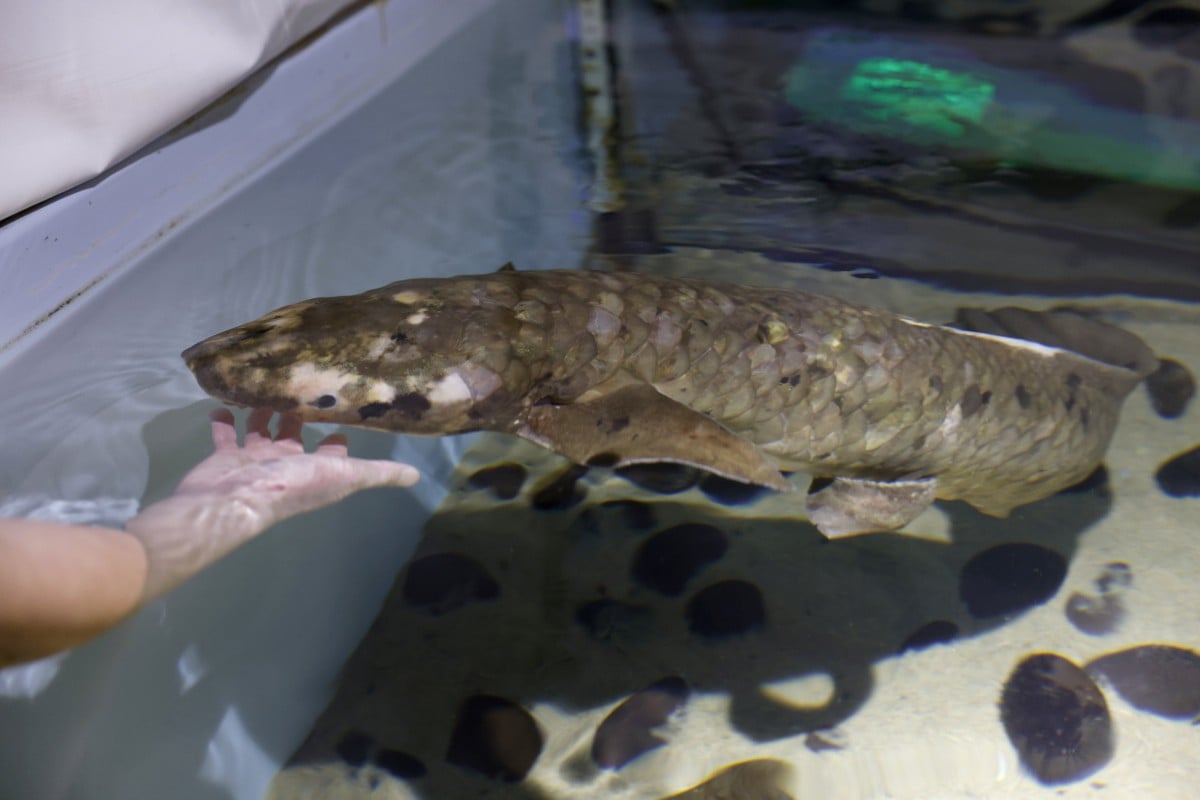 Senior Biologist Allan Jan feeds Methuselah, a 90-year-old plus Australian lungfish who lives at the Steinhart Aquarium at the California Academy of Sciences in San Francisco. Photo: EPA

Meet Methuselah, the fish that likes to eat fresh figs, get belly rubs and is believed to be the oldest living aquarium fish in the world.

In the Bible, Methuselah was Noah’s grandfather and was said to have lived to be 969 years old. Methuselah the fish is not quite that ancient, but biologists at the California Academy of Sciences believe it is about 90 years old, with no known living peers.

Methuselah is a 4-foot-long (1.2-meter), 40-pound (18.1-kilogram) Australian lungfish that was brought to the San Francisco museum in 1938 from Australia.

The top animal stories of 2021

A primitive species with lungs and gills, Australian lungfish are believed to be the evolutionary link between fish and amphibians.

No stranger to publicity, Methuselah’s first appearance in the San Francisco Chronicle was in 1947: “These strange creatures – with green scales looking like fresh artichoke leaves – are known to scientists as a possible ‘missing link’ between terrestrial and aquatic animals.”

Until a few years ago, the oldest Australian lungfish was at the Shedd Aquarium in Chicago. But that fish, named Granddad, died in 2017 at the age of 95.

“By default, Methuselah is the oldest,” said Allan Jan, senior biologist at the Academy and the fish’s keeper. Methuselah’s caretakers believe the fish is female, although it’s difficult to determine the species’ sex without a risky blood draw. The Academy plans to send a tiny sample of her fin to researchers in Australia, who will try to confirm the sex and figure out the fish’s exact age.

Jan says Methuselah likes getting rubbed on her back and belly and has a “mellow” personality.

“I tell my volunteers, pretend she’s an underwater puppy, very mellow, gentle, but of course if she gets spooked she will have sudden bouts of energy. But for the most part she’s just calm,” Jan said. Methuselah has developed a taste for seasonal figs.

“She’s a little picky and only likes figs when they are fresh and in season. She won’t eat them when they’re frozen,” said Jeanette Peach, spokeswoman for the California Academy of Sciences.

The story of Jorts, the dumb orange cat

The Academy has two other Australian lungfish that are younger, both believed to be in their 40s or 50s, Jan said.

The Australian lungfish is now a threatened species and can no longer be exported from Australian waters so biologists at the Academy say it’s unlikely they’ll get a replacement once Methuselah passes away.

“We just give her the best possible care we can provide, and hopefully she thrives,” Jan said.