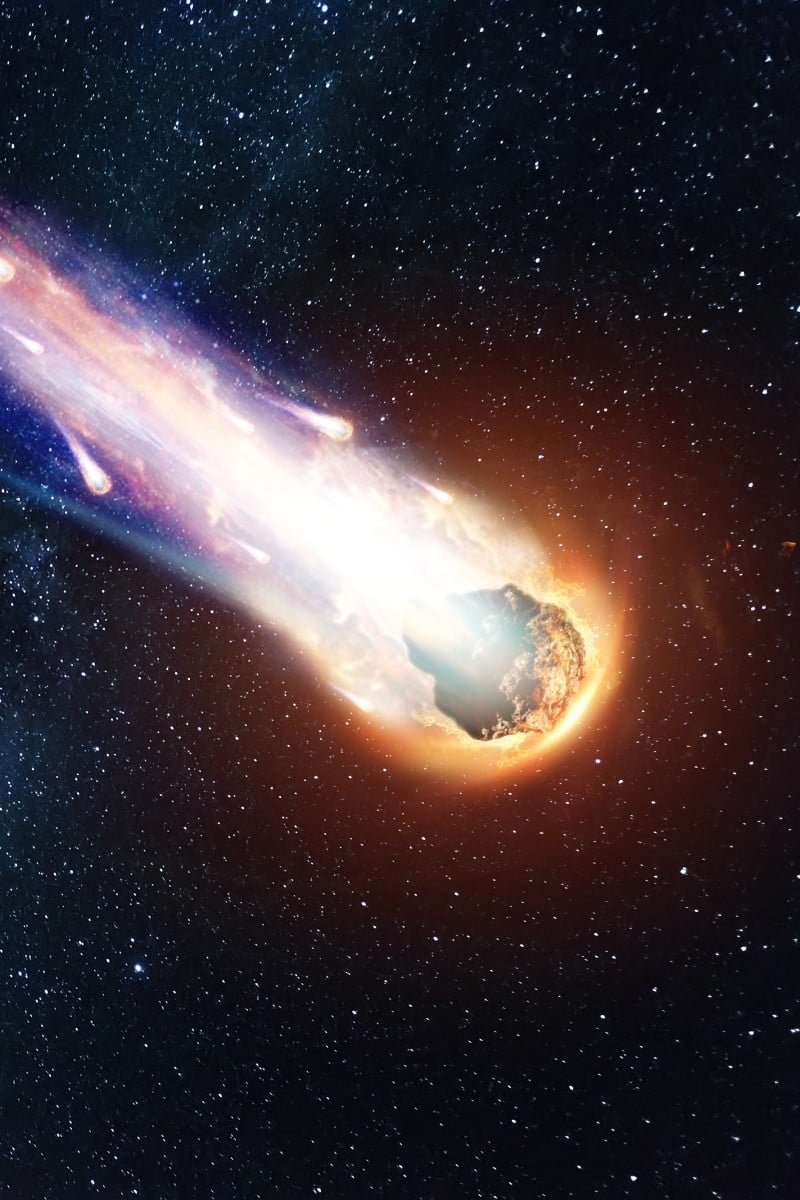 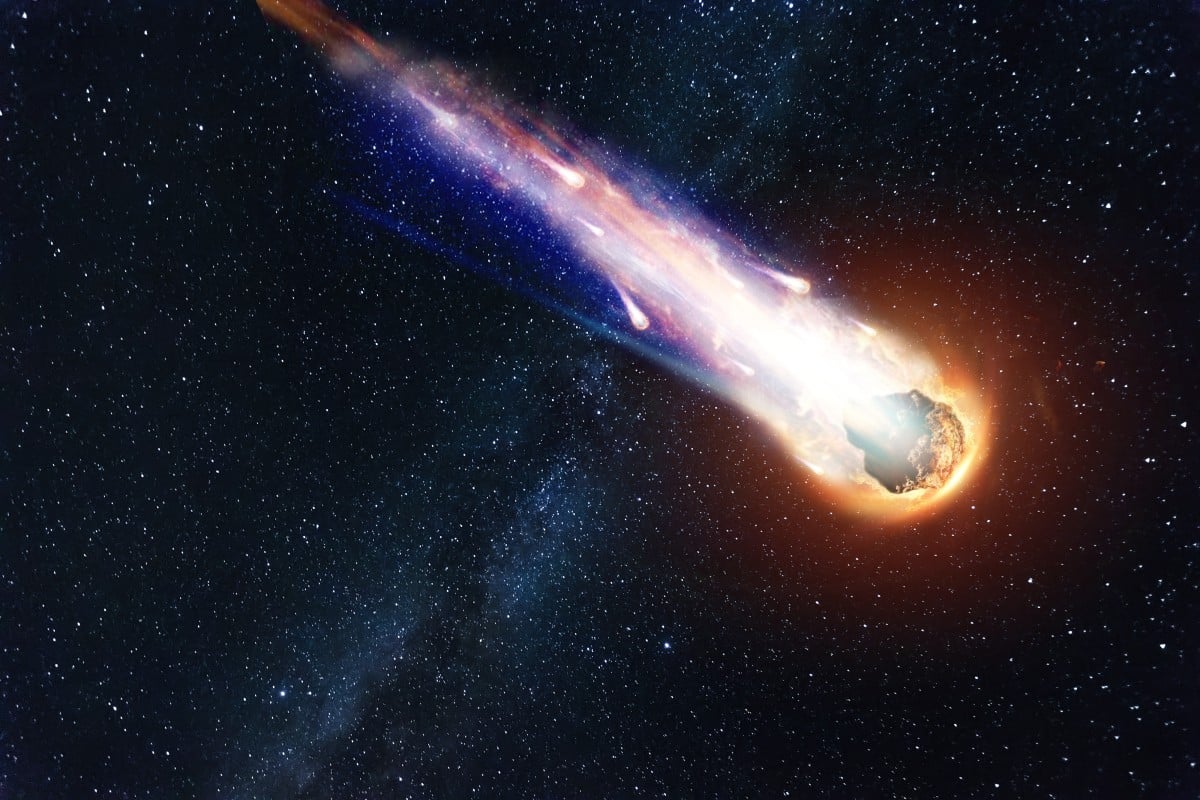 Asteroids, also known as planetoids or minor planets, revolve around the sun but are too small to be called planets. Illustration: Shutterstock

An asteroid about the size of a refrigerator was spotted hours before it hit Earth’s atmosphere earlier this month.

If you’ve seen Netflix’s hit film, Don’t Look Up, or have ever heard about how an asteroid ended the age of dinosaurs 66 million years ago, this news might seem worrisome.

Luckily for us, it wasn’t dangerous, and this event marked the fifth time in history an asteroid was detected before hitting our planet. Let’s take some time to learn about these rocky objects that inspire both fear and awe in us humans.

1. What is an asteroid? How are they formed?

Asteroids, also known as planetoids or minor planets, revolve around the sun but are too small to be called planets.

When our solar system was formed about 4.6 billion years ago, asteroids formed from dust that collided and condensed. Some even crashed slowly enough into other asteroids that they merged into one.

The asteroid belt, located between the orbits of Mars and Jupiter, is home to most of our solar system’s asteroids. Illustration: Shutterstock

2. How do asteroids get their names?

The Minor Planet Center, run by the International Astronomical Union (IAU), is the organisation that regulates the naming of asteroids.

The naming process can take years. After an asteroid is discovered and its orbit confirmed, it will be issued a permanent number. Then, the discoverer will be invited to suggest a name for approval by the IAU.

According to the Minor Planet Center’s website, asteroids can’t be named for pets, and the names must be 16 characters or less in length. One is even named Mr Spock, a character from the Star Trek franchise.

An astronomer in 1985 named an asteroid after Mr Spock from the Star Trek television series. Photo: Shutterstock

3. Did an asteroid kill the dinosaurs?

Some 66 million years ago, a 10km-wide asteroid called Chicxulub plummeted into the waters off what is now Mexico. This caused a mass extinction that didn’t just destroy the dinosaurs but killed more than 75 per cent of Earth’s species.

The resulting tsunami, earthquakes and wildfires were powerful and destructive. The biggest damage? The asteroid’s impact flung large amounts of cooling gases and soot into the atmosphere, blocking sunlight and plunging the planet into a prolonged period of cold.

Last month, a group of scientists published a paper in the academic journal Nature saying this asteroid event ended the reign of dinosaurs in spring – right when there was an abundance of food and growth.

A 10km-wide asteroid slammed into Earth 66 million years ago and caused widespread destruction. Illustration: Courtesy of Joschua Knuppe via Reuters

4. Is anyone doing something to protect us from a potential asteroid apocalypse?

Hundreds of years from now, there is a slight chance that an asteroid called Bennu could slam into Earth. A study published last August in the scientific journal Icarus found a 1-in-1,750 chance of a future collision over the next three centuries.

But keep in mind that Bennu is much smaller than the asteroid that killed the dinosaurs, and it is extremely unlikely that it would crash into our planet.

Nevertheless, to prepare for potentially dangerous asteroids, Nasa is testing its first planetary defence system called Double Asteroid Redirection Test (DART). This project’s goal is to determine whether crashing a spacecraft into an asteroid could change its course. Nasa launched the DART system last November, and it will hit a small asteroid moon the size of a football stadium this September or October.

5. Are all asteroids the same?

There are three general classes of asteroids based on what they are made of, which is related to how far from the Sun they formed.

The C-type (chondrite) asteroids are most common and are some of the solar system’s most ancient objects. They are dark in appearance and are likely made of clay and silicate rocks.

The S-types (“stony”) are greenish to reddish, and appear to be made of silicate materials and nickel-iron. They are the second most common type of asteroids.

The M-types (metallic) are reddish and have higher concentrations of metal such as nickel-iron.

6. What is the difference between asteroids and meteorites?

Meteorites are tiny bits of asteroids that have flown through our atmosphere and land on Earth’s surface – meteors, on the other hand, burn up upon entering our atmosphere.

In the recent asteroid crash, the International Meteor Organisation said no meteorites had been recovered. Some people in Iceland reported seeing bright flashes, which means the space rock became a fireball when it entered the atmosphere.

When asteroids enter our atmosphere and burn up, these “shooting stars” are called meteors. Illustration: Shutterstock

7. Has anyone in Hong Kong ever discovered an asteroid?

William Yeung Kwong-yu, a Hong Kong-born astronomer, is one of the world’s most prolific amateur discoverers of asteroids. The 62-year-old has discovered more than 2,000 asteroids and minor planets, according to the Minor Planet Center website.

Recently, 23-year-old Exodus Sit Chun-long discovered a new asteroid last May through the large telescope at the University of Hawaii. He hopes to name it after himself and fulfil his childhood dream.

8. Are any asteroids named after Hongkongers?

Of the many asteroids Yeung discovered, he named some after famous Hongkongers: 55384 Muiyimfong for the late “daughter of Hong Kong”, Anita Mui; and 55383 Cheungkwokwing for Canto-pop icon Leslie Cheung.

Both Anita Mui (left) and Leslie Cheung are Hong Kong legends and have asteroids named after them. Photo: Golden Harvest

Some are named after people in the medical field, such as 41740 Yuenkwokyung for microbiologist and government advisor Yuen Kwok-yung, as well as 32613 Tseyuenman for Tse Yuen-man, a doctor who died during the Sars epidemic.

The most memorable asteroid-naming incident in Hong Kong would be that of Stark Chan Yik-hei, who was dubbed “son of the star” by local media. In 2004, Chan, aged 16 at the time, won second place in the Engineering Category of Intel’s International Science and Engineering Fair with his security robot. For his achievement, the Massachusetts Institute of Technology in the US named a minor planet after him, 20780 Chanyikhei.