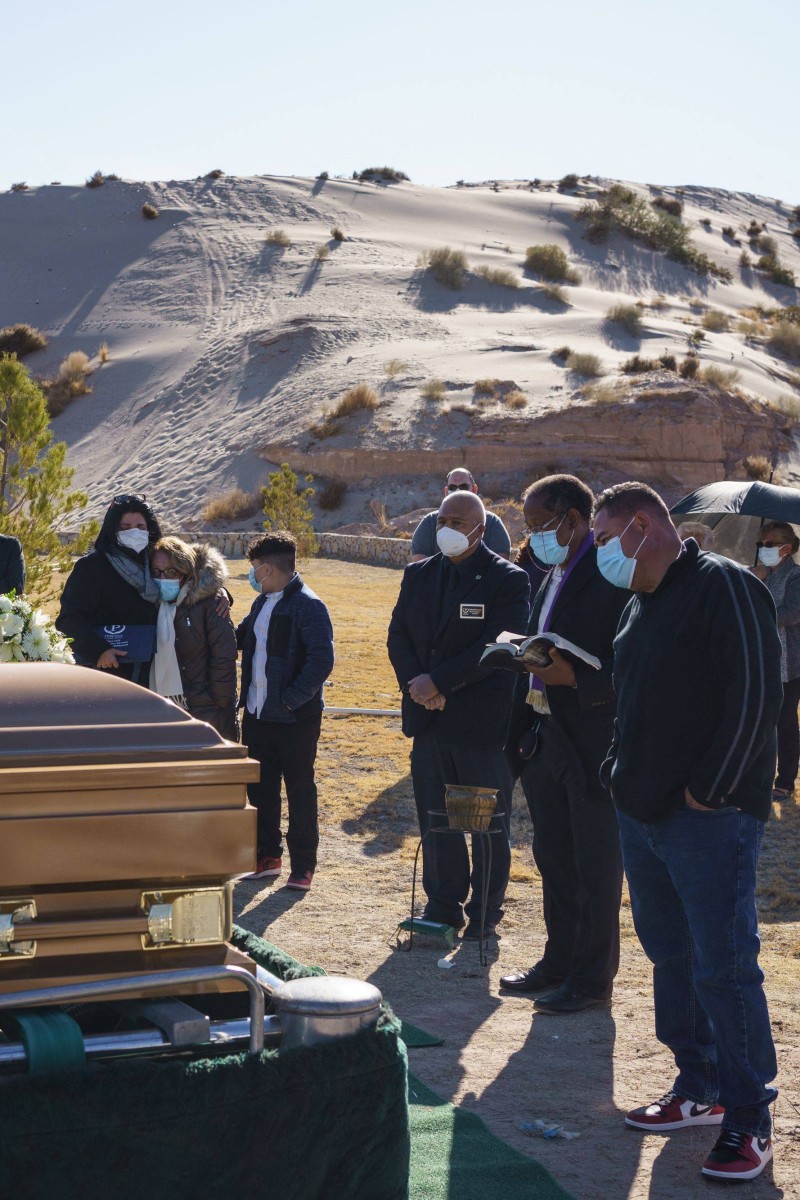 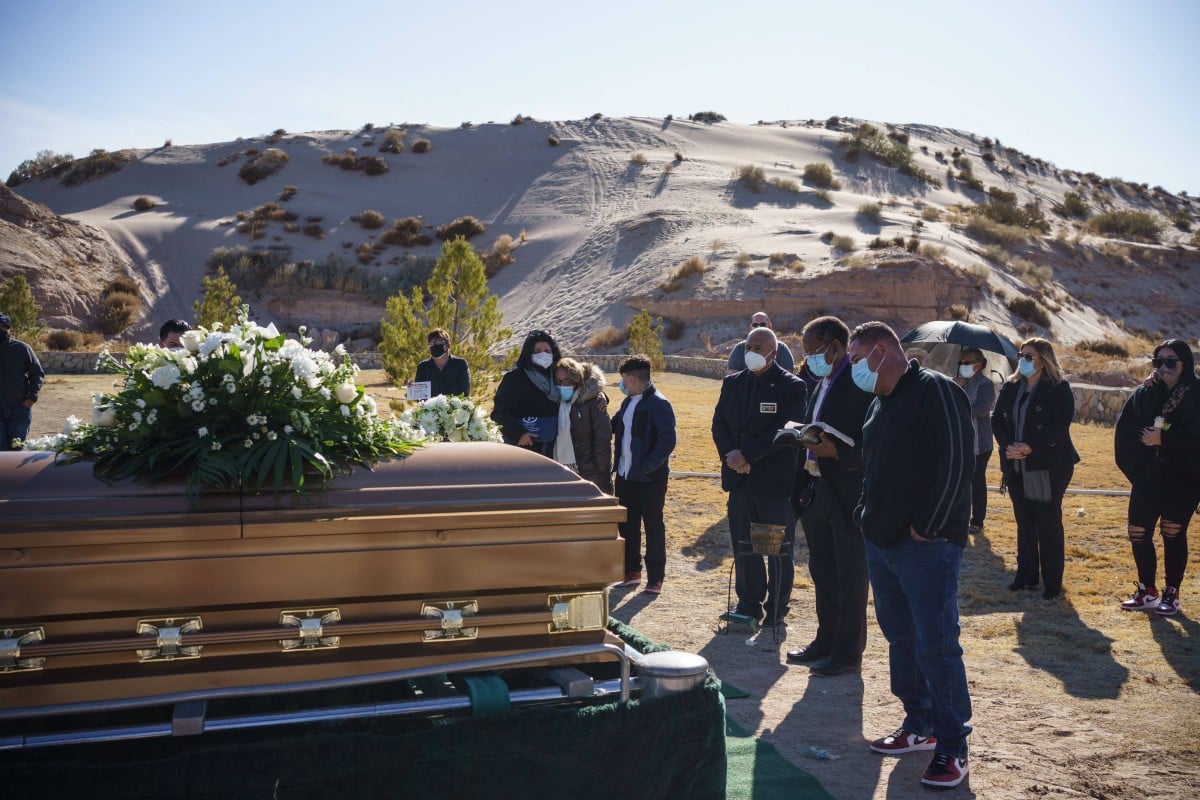 In this photo taken on December 3, 2020, family and friends attend the funeral of Humberto Rosales, who passed away from Covid-19 complications, at Memorial Pines Cemetery in Santa Teresa, in the US state of New Mexico. Photo: AFP

One million dead from Covid-19: two years ago it would have been unimaginable, but now the United States is on the verge of surpassing this terrible milestone.

It will be the first country known to do so, although experts warn that the true death toll is likely to be far higher.

Here are five things to know about the pandemic in the US:

One million dead works out to around one in every 330 Americans – one of the highest death rates in the developed world. Britain has seen around one in 380 people die of Covid, while in France it has been one in 456.

In all, more than 203,000 children in the United States have lost a parent or carer, according to a study that underscores the profound impact of the pandemic on American youth.

At the height of the Omicron wave, the United States recorded an average of more than 800,000 cases per day, pushing the total since the pandemic began to nearly 82 million cases.

But this again is probably an underestimate, especially given the lack of tests at the beginning of the pandemic and now the success of self-tests, which are not systematically reported to the authorities.

In this file photo taken on April 13, 2020, firefighters and paramedics with the Anne Arundel County Fire Department transport a coronavirus patient on a stretcher in Glen Burnie, in the US state of Maryland. Photo: AFP

New York City as the epicentre

The virus was first reported in the northwest United States – but it swiftly reached New York, a global transport hub, which briefly became the epicentre of the first wave.

The Big Apple went from being the city that never sleeps to a ghost town, with its dead piled into refrigerated trucks and its streets deserted.

Its most affluent residents simply left, while the less privileged confined themselves in cramped quarantines.

Donald Trump, president when the pandemic hit, was criticised for his slow response, how he played down the scale of the coming disaster, and his contribution to misinformation surrounding the pandemic in the weeks and months to come.

The result? The first vaccines in the US – from Pfizer-BioNTech and Moderna – were available in mid-December, less than a year after the first cases were reported in China.

A nurse supports a patient as they walk in the Covid-19 alternative care site, built into a parking garage, at Renown Regional Medical Center in Reno, Nevada on December 16, 2020. Photo: AFP

The politics of Covid

In the politically polarised United States, few social issues have been as divisive as masks or vaccines.

Between progressives defending physical distancing, masks and inoculations, and conservatives rejecting any intrusion into their individual freedoms, the battle raged all the way to the top, where Trump only reluctantly wore a mask while his successor Joe Biden followed protocols and championed vaccinations.

From schools to aeroplanes to businesses, the mask issue has led to numerous clashes, sometimes even resulting in violence.

The latest development is that in April, a Trump-appointed judge in the state of Louisiana lifted the requirement to wear masks on public transport, a decision that the federal government has appealed.

Fortitude, one of the pair of marble lions that sits in front of the New York Public Library, wears a face mask to encourage New Yorkers to continue to follow safety measures in the fight against Covid-19 on July 8, 2020. Photo: AFP

Infection rates on the rise

More than two years since the pandemic reached the United States, the rate of infection is rising yet again, due to sub-variants of the very contagious Omicron variant.

From a low of 25,000 daily cases in March, the country now has a seven-day daily average of some 78,000 cases, according to the main US health agency.