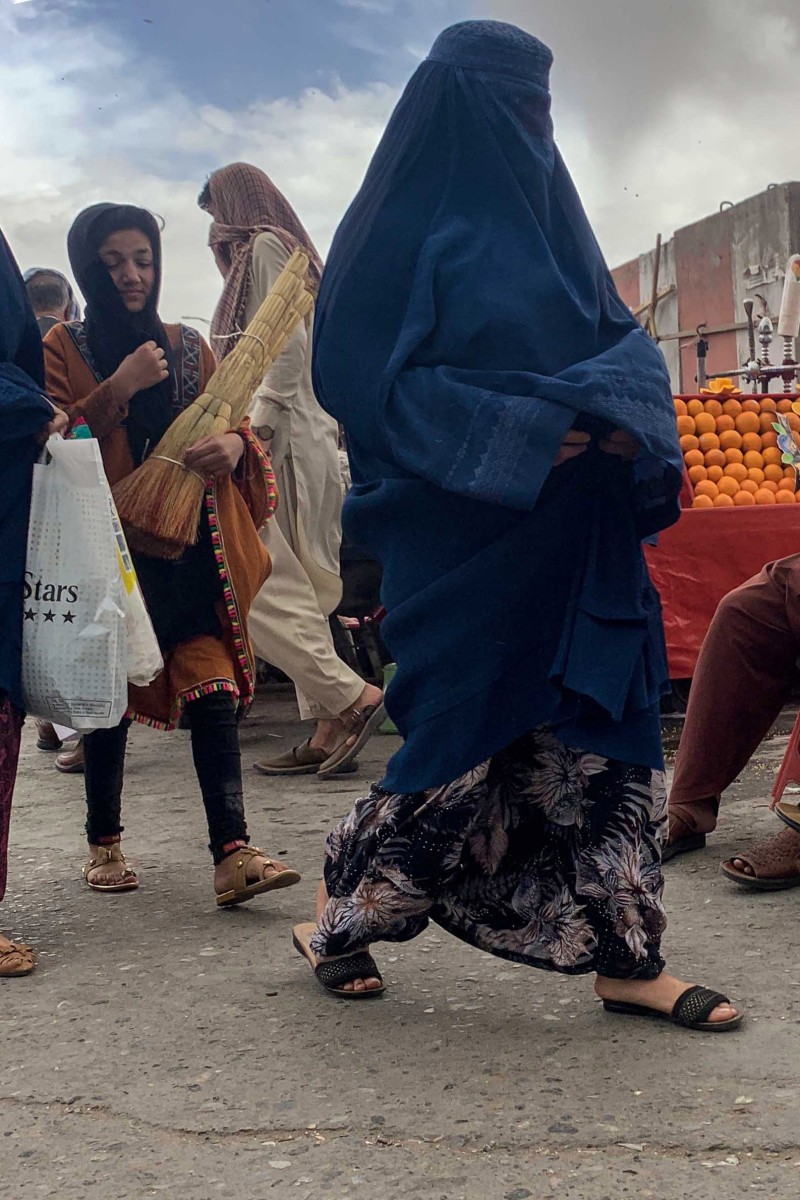 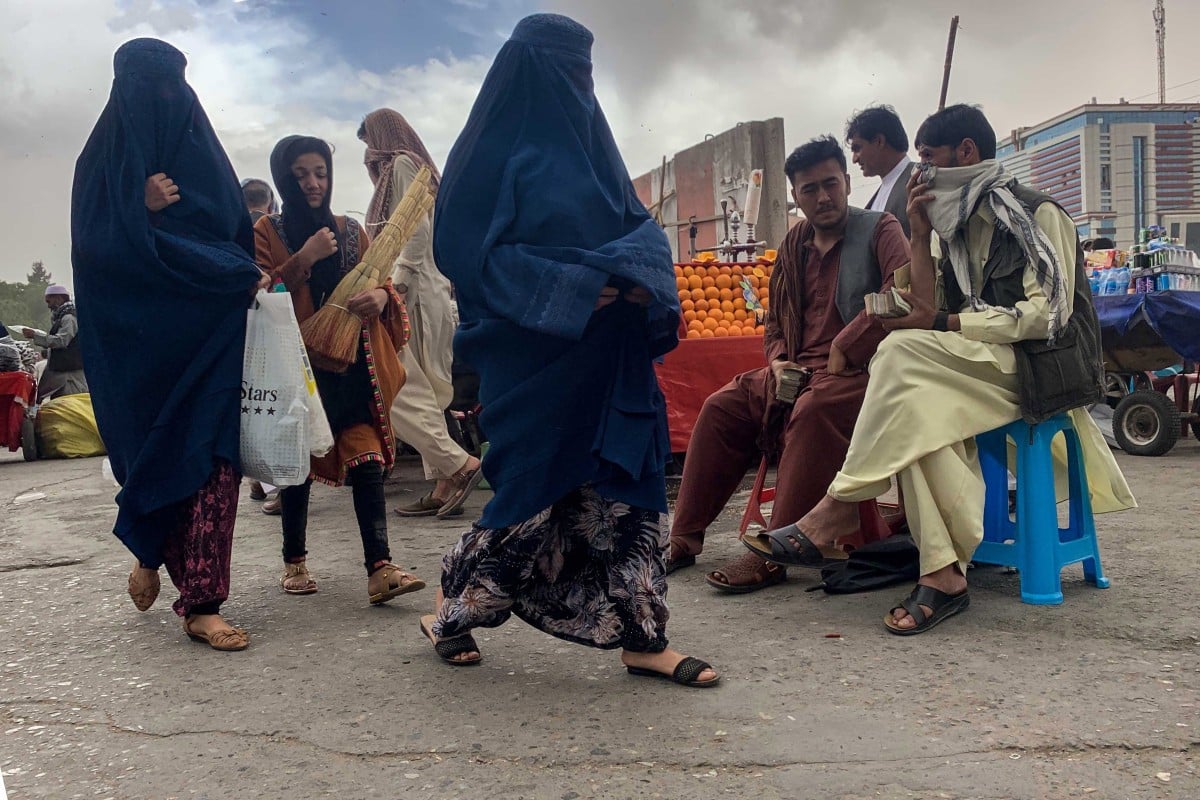 Afghan women walk down the road in Kabul, Afghanistan, on May 10, 2022. As per a decree issued by the Taliban’s Supreme Commander Haibatullah Akhunzada on May 7, Afghan women must wear an all-covering burqa while in public. Photo: EPA-EFE

Afghanistan’s interior minister promised “very good news” soon on the return of girls to secondary schools, in a rare interview broadcast on Monday by CNN.

At the end of March, the Taliban, who took power after US forces withdrew from the country last August, closed secondary schools and universities for girls just hours after their reopening.

The unexpected reversal, ordered by Hibatullah Akhundzada, the supreme leader of the Taliban and of the country, outraged many Afghans and the international community.

Demonstrators hold signs at a protest against the Taliban in front of the Downing Street gates in central London on May 15, 2022. Photo: AFP

“I would like to provide some clarification. There is no one who opposes education for women,” said Interior Minister Sirajuddin Haqqani, long one of the most secretive Taliban leaders and who only showed his face in public for the first time in March.

He argued that girls could already go to primary school. “Above that grade, the work is continuing on a mechanism” to allow girls to attend secondary school, he said in his first televised interview.

“Very soon you will hear very good news about this issue,” he said.

Haqqani hinted that the “mechanism” was linked to school dress codes, explaining that education should be based on Afghan “culture” and “Islamic rules and principles,” and referred “more broadly” to the issue of women wearing the hijab.

After their return to power, the Taliban demanded that women wear at least a hijab, a scarf covering the head but revealing the face.

But since the beginning of May, they have instead forced them to wear a full veil in public and preferably a burka, which had been compulsory when they first ran the country between 1996 and 2001.

Afghan women hold signs reading “Don’t take women hostage” in Dari during a protest against the Taliban’s order that women wear the all-covering burka while in public in Kabul, Afghanistan, on May 10, 2022. Male guardians of the women can be held accountable by law if they do not follow the new restrictions. Photo: EPA-EFE

“If someone is giving away their daughters or sisters, they do that based on total trust,” he said.

“We must establish the conditions so that we can ensure their honour and security. We are acting to ensure this.”

The Haqqani network that was founded by his late father and which he now heads is accused of carrying out some of the most violent attacks perpetrated by the Taliban in Afghanistan in the past 20 years.

Sirajuddin Haqqani himself is still on the FBI’s most wanted list, with a US$10 million reward for any information that could lead to his arrest.

On CNN, the minister said that “the last 20 years was a situation of defensive fighting and war” but that he wanted in the future “to have good relations with the United States and the international community.”

“We do not look at them as enemies,” he said, insisting that the Taliban intends to respect the agreement signed with Washington in 2020, in which they pledged not to let Afghanistan become a haven for terrorists targeting Americans again.