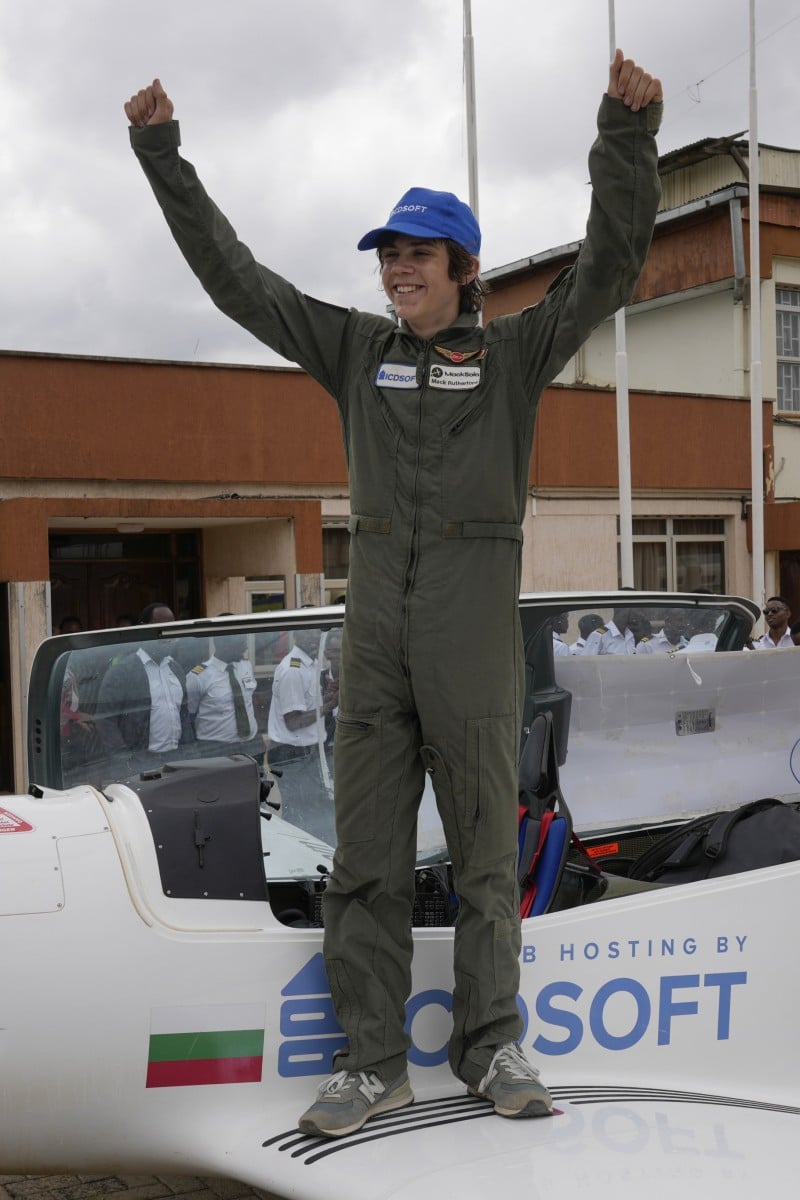 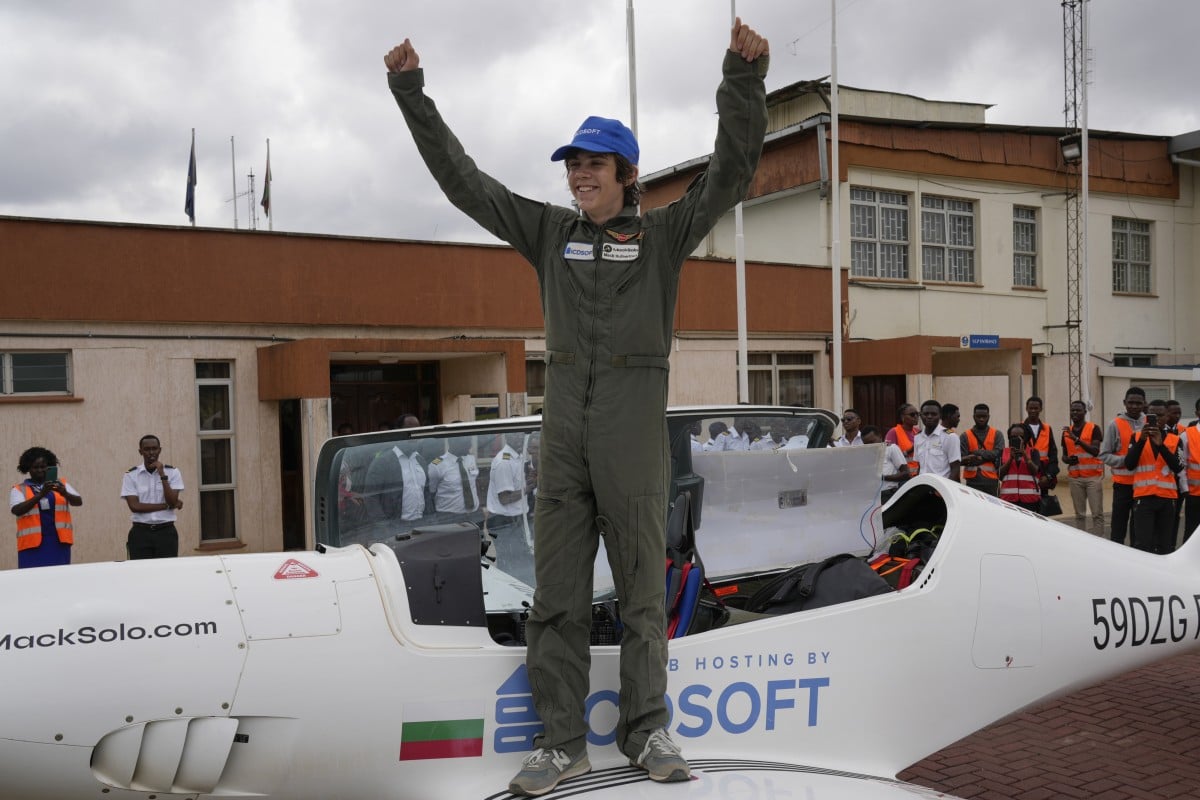 Mack, who became the youngest pilot in the world after he qualified at age 15, arrived at Wilson Airport in Nairobi, Kenya on Wednesday. Photo: AP

A 16-year-old schoolboy who is on a quest to become the youngest person to fly around the world solo, landed his small plane in Kenya’s capital, Nairobi, on Wednesday.

Mack Rutherford, who has British and Belgian nationality, started his journey near the Bulgarian capital Sofia in March and is looking to clinch a Guinness World record currently held by compatriot Travis Ludlow, who was 18 when he completed a circumnavigation last year.

“I’m hoping, with this journey, to inspire young people to follow their dreams,” Rutherford said after clambering out of his two-seater single prop ultralight aircraft, at Wilson Airport.

The plane’s manufacturer, Shark Aero, deemed the journey too risky and declined to partner with Rutherford’s project.

“Mack is no doubt a skilled pilot. However, we do not feel comfortable pushing the age limit to the lowest possible point for journeys where a certain level of risk cannot be avoided,” the company said on its website.

Rutherford’s journey will see him visit four more African and Indian Ocean countries, before heading to the Middle East, Asia and North America and finally returning to Europe.

Coming from a family of pilots, Rutherford first took the controls of an aircraft at the age of seven, sitting alongside his father.

Visibility was a challenge while flying across the Sahara desert, he said, but the scenery more than made up for it.

“It hasn’t let me down, I’ve absolutely loved the views both around the Sahara desert and in Kenya,” he said.