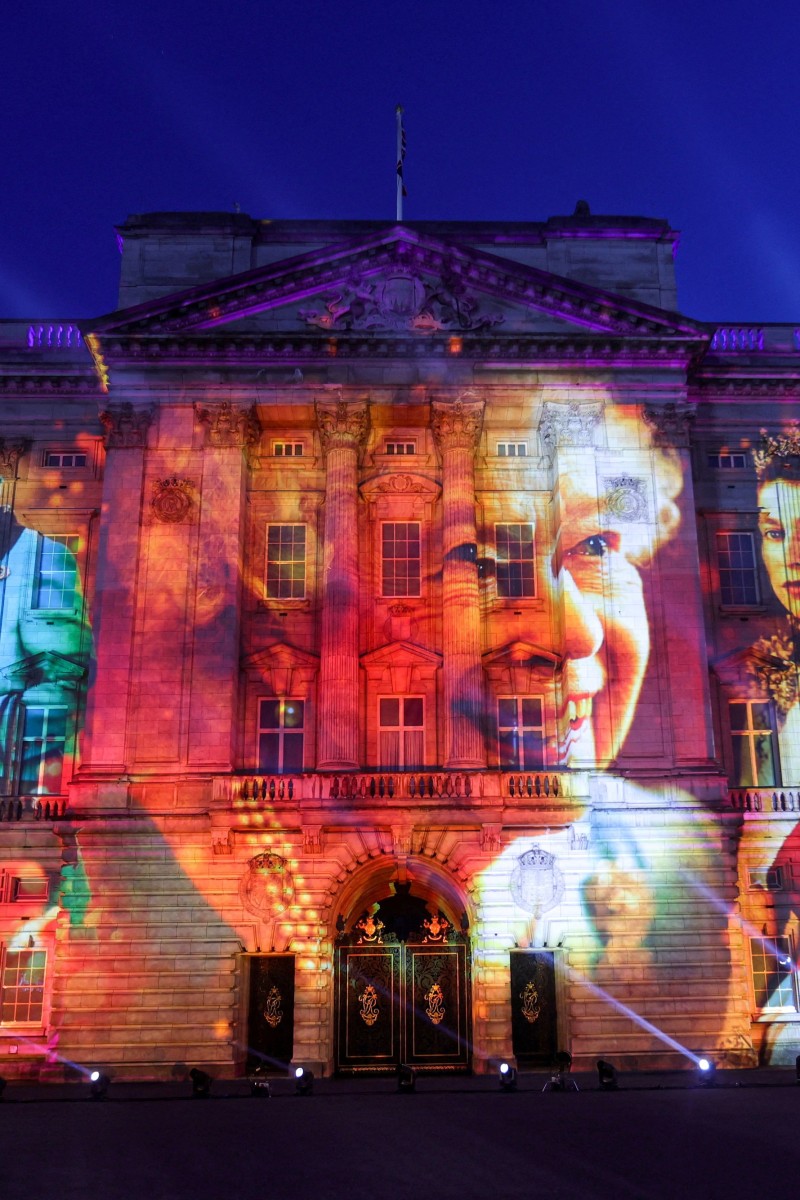 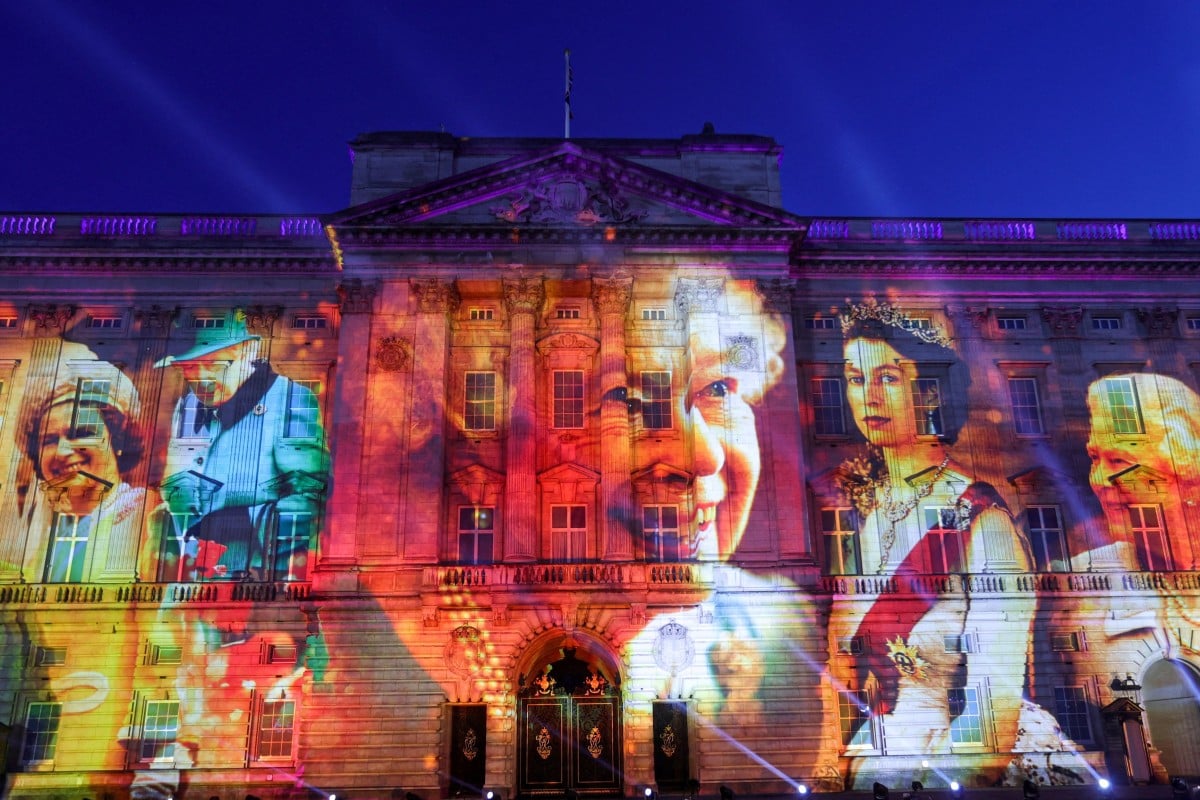 Projections displayed on the front of the Buckingham Palace during the lighting of the principal jubilee beacon, as part of Britain’s Queen Elizabeth’s Platinum Jubilee celebrations, in London, Britain. Photo: Reuters

As Queen Elizabeth slowly emerged from the Buckingham Palace balcony, leaning on a walking stick, the crowd below cheered and shouted: “The Queen! The Queen!” Seeking a better view, some climbed lamp posts on the tree-lined avenue leading to the palace. Others peered through binoculars and lifted children onto their shoulders.

When the frail 96-year-old monarch finally appeared, flags were waved frantically and mobile phones were raised in unison to snap pictures.

“I saw the queen on the balcony!” exclaimed Jenny Lynn Taylor, a 38-year-old senior marketing manager originally from the United States. “I’ve never seen her “I’ve never seen her before in person,” she told Agence France-Presse, calling the start of the Platinum Jubilee celebrations on Thursday a “historic event”.

“I love her: she’s amazing, she’s completely committed her entire life to duty, more than anyone of us could say,” interjected her friend Kate Asplin, a 30-year-old communications manager.

About half an hour later, the monarch came out onto the red-draped balcony for a second time.

This time she was flanked by senior royals, including her eldest son Prince Charles, grandson William and his wife Kate, and their three children, Princes George and Louis and Princess Charlotte.

The children were at their first Trooping the Colour, travelling from the palace to the military parade ground in an open-topped carriage.

Queen Elizabeth II (from left), Prince Louis, Kate, Duchess of Cambridge, Princess Charlotte, Prince George and Prince William on the balcony of Buckingham Palace, London, on the first of four days of celebrations to mark the Platinum Jubilee. Photo: AP

For the tens of thousands on the streets, many who came to catch a glimpse of the queen realised it may be one of the last times they will be able to. Some spent the night in tents just to secure a spot along the route.

“We know it’s a special occasion because it might be the last day we’ll see Her Majesty in a public event,” said 65-year-old Gilbert Falconer, an ambulance service worker from Scotland. “She’s going to be hard for anyone to follow.”

“It’s probably going to be the only time – or one of the only times – that the queen is going to be able to do this,” said Paul Fletcher, 55, who works for the National Health Service. “It’s been 70 years on the throne for the queen. It’s never been known before and I don’t think it would ever happen again.”

People pack the Mall as the British Royal family come onto the balcony of Buckingham Place after the Trooping the Color ceremony in London, Thursday, June 2. Photo: AP

The numbers are already against Prince Charles, the longest-serving heir in British history, and his eldest son, Prince William. Charles is now 73 and William turns 40 later this month. Even if they became king tomorrow, they could not match the queen’s time on the throne.

Kimber Beasley from the United States called the queen “a great example” for America and the whole world. “It’s a part of history. How many times you get to see this?” she said.

Along The Mall, Union flags hung over the crowd barriers or stuck jauntily from headbands. Some fans wrapped themselves in the flag and painted it on their cheeks with face paint. Some wore T-shirts in the red, white and blue national colours or sequinned tops.

Queen Elizabeth leads the lighting of the principal Jubilee beacon in Windsor, England, Thursday June 2, 2022, on day one of the Platinum Jubilee celebrations – over 1,500 towns, villages and cities throughout the UK, Channel Islands, Isle of Man and UK Overseas Territories will come together to light a beacon to mark the Jubilee. Photo: AP

Liam Roddis, a 49-year-old operations manager for a local authority in northern England, opted for a total look with a Union flag flag suit. “I’m here for the queen,” he said, calling himself “dead proud to be British, dead proud that she’s my queen – for however much longer she is.”

For 61-year-old tree surgeon David Hare, the event was a moment of joy after grim world events. He said he has come out for all the royal weddings, too, sometimes sleeping outside the night before.

“I think it’s just great to have a celebration out there for the next four days … to forget about all those things for the day,” he said, citing “Covid and this sad, sad war in Ukraine”.