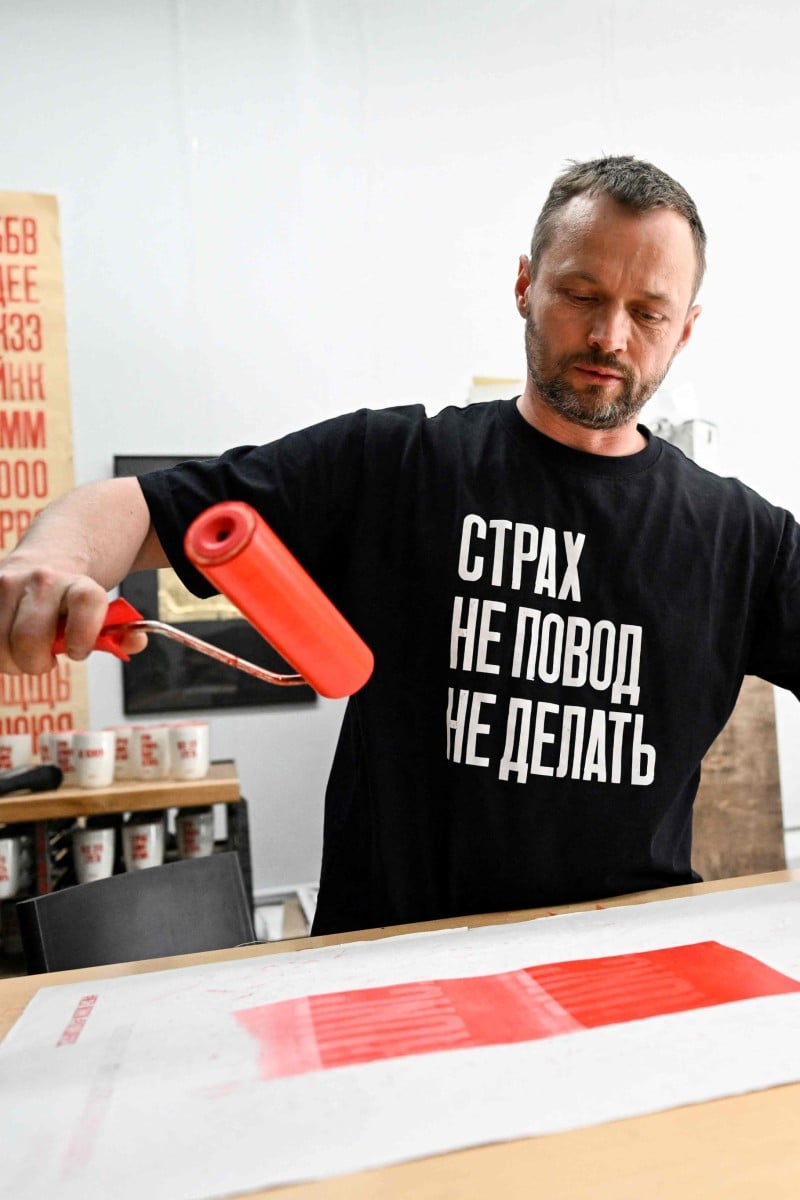 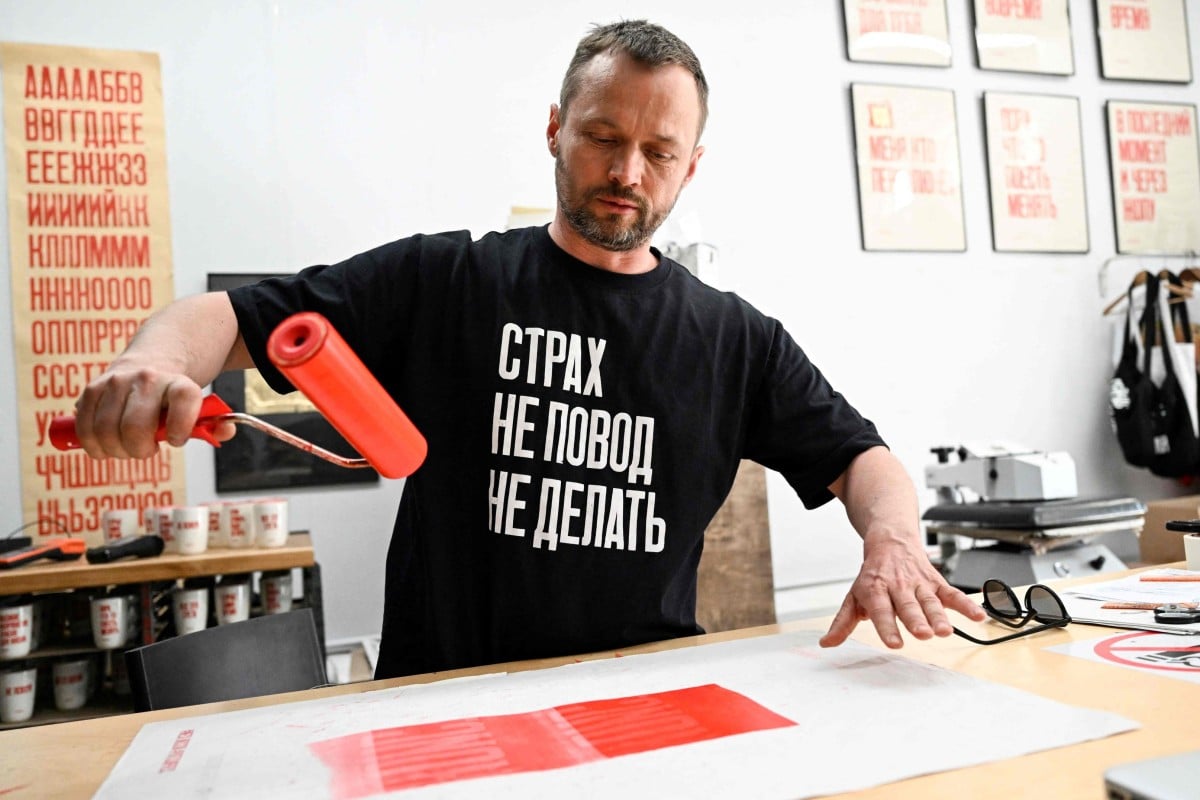 The 45-year-old artist and the Partisan Press poster workshop founder, wearing a black T-shirt with a slogan reading “Fear is no reason not to act” in his workshop in Moscow. Photo: AFP

Before the launch of Russia’s military campaign in Ukraine, printer Sergei Besov was part of a burgeoning art scene based out of a converted factory in northern Moscow.

More than three months after Russian forces moved into Ukraine in late February, Besov is still working, but these days his posters are about more than witty catchphrases.

Peace on Earth: climate activists from Fridays for Future Ukraine on why fossil fuel reliance is tied to the war

“Everyone Needs Peace,” reads one of his latest creations, hanging over the entrance to his Partisan Press poster workshop.

Besov, 45, gained instant attention when, in the early days of Russia’s military offensive he started printing “No to War” posters in the shop.

One video of a poster being made garnered 3.6 million views on Instagram. “It was unclear whether martial law was going to be introduced … Everyone was in a panic,” he says.

Besov stopped making the “No to War” posters after Russia introduced strict new censorship laws, making it illegal to refer to the intervention as a war and setting jail terms for those found guilty of discrediting Russia’s military.

He began printing the “Everyone Needs Peace” posters instead but the police still turned up at this shop in early March and detained two of his employees.

“They were very nervous,” he says. The two women are now waiting to know whether they will face any charges.

UN condemns bombings of Ukrainian schools; denounces use of schools for military purposes

The workshop took a few weeks off in March “simply out of fear”, Besov says, but is now up and running again.

On one recent spring day, Besov was out in the streets of Moscow in sunglasses and a black T-shirt, using a paint brush to slather glue on one of his posters in front of a brick wall covered with graffiti.

Once the glue was applied, he stuck up the poster reading: “If there are dreams, there will be journeys.”

Tens of thousands of Russians have decided to take one-way journeys since the start of the conflict, fleeing the country with no plans to return.

But Besov says he plans to stay. “Today the posters are about what happens to us. They talk about fear. ‘Fear is no reason not to act’ was the first poster we printed after our break,” he says.

The posters’ slogans are vague and eerie, loaded with the words that cannot be said: “The wave will sweep everything away”, “The main thing is not to lose yourself”, “Every wall has a door”.

One reads simply “Cognitive Dissonance” – a reference, Besov says, to how many in Moscow are living their normal lives while “our friends over there (in Ukraine) are suffering”. “And even worse, we understand that everyone is getting used to it.”

Despite his passion for his work, Besov is not sure how long he can keep his shops running or printing the posters. His main business is printing high-end stationery and business cards at another nearby workshop under the imprint Demon Press. But under Western sanctions, the fine paper he uses for the business will soon be impossible to find in Moscow.

And the vintage red ink he uses for his posters – made in the Soviet-dominated Hungarian People’s Republic in 1989 – will also soon run dry.