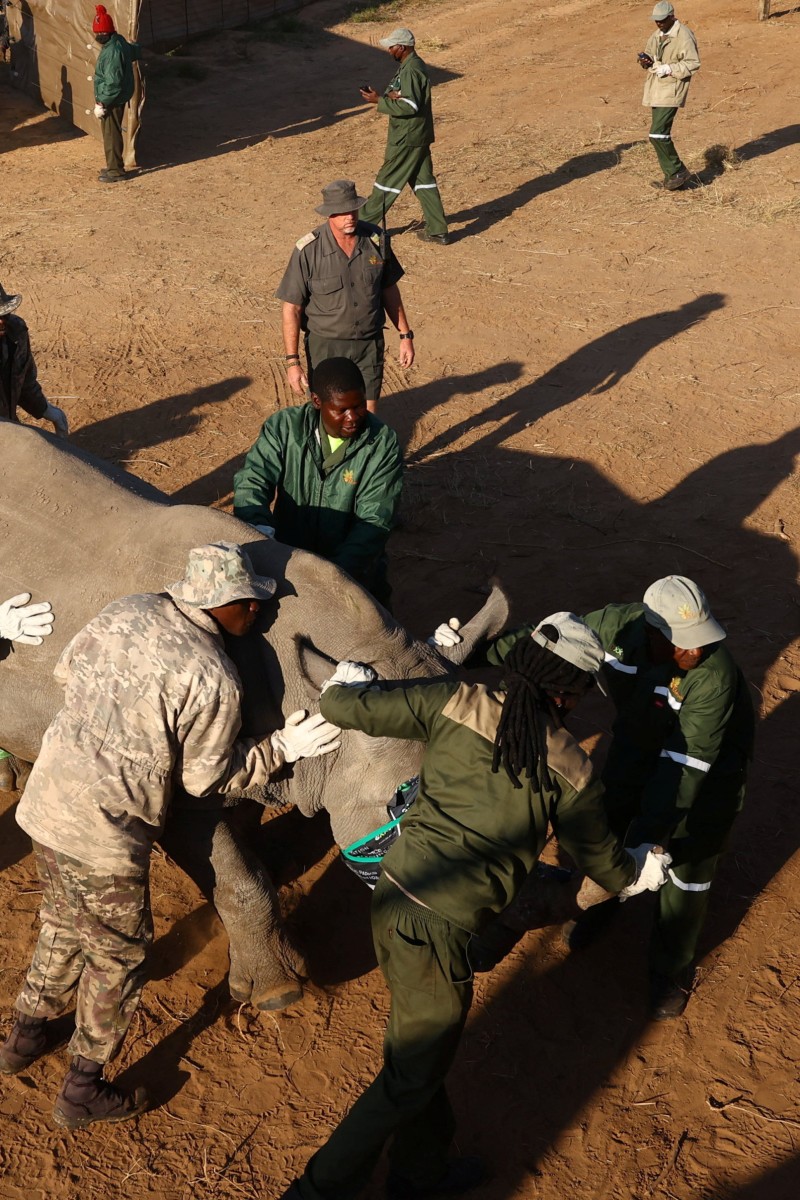 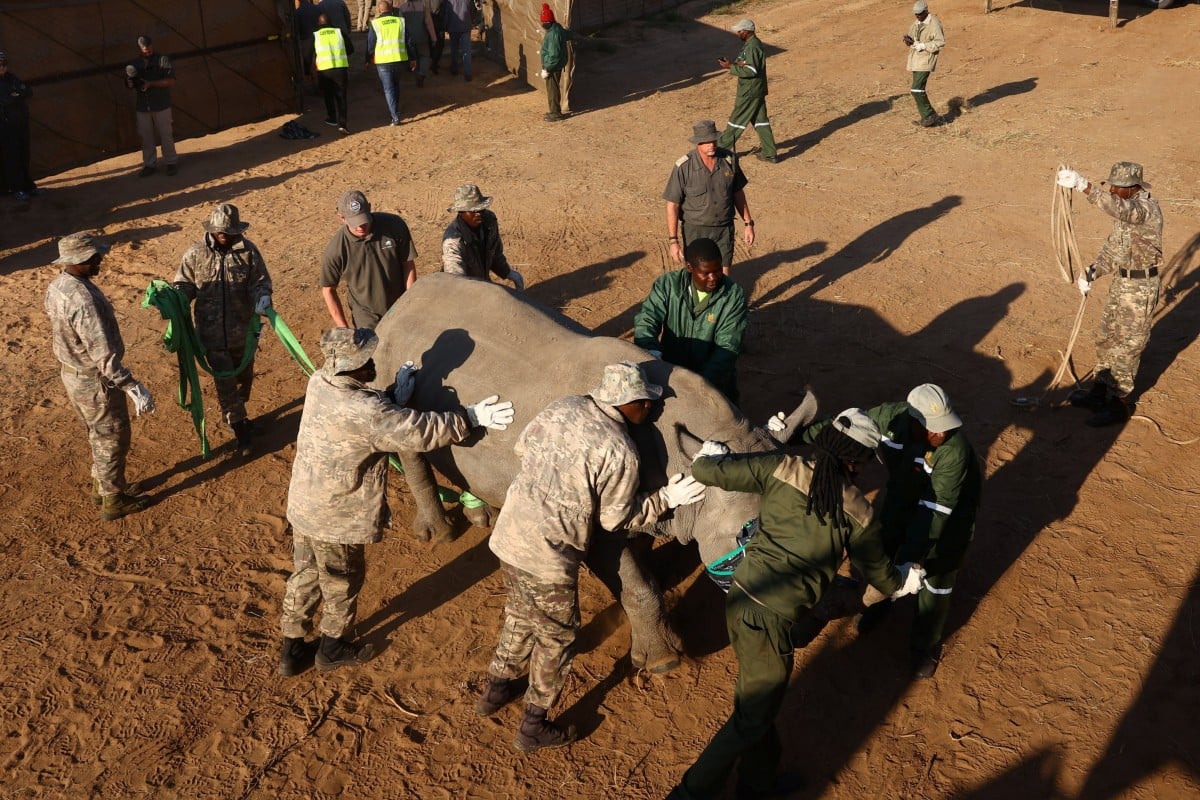 Workers guide a tranquillised rhino to a container so they can relocate him to Mozambique from South Africa. Photo: Reuters

Over four decades after they became extinct locally, rhinos are once again roaming the wilds of Mozambique, which is bringing the endangered species in from South Africa in an effort to breathe new life into its parks and boost local tourism.

A group of rangers has captured, sedated and moved black and white rhinos over 1,610km to Mozambique’s Zinave National Park, which has over 400,000 hectares and more than 2,300 other reintroduced animals.

“Rhinos are important to the ecosystem, which is one reason we’re moving them all this distance and doing all this effort to get them there,” Kester Vickery, a conservationist who is supervising the rhino translocation, told Reuters.

The Peace Parks Foundation (PPF) conservation group, which is conducting the operation, aims to relocate more than 40 rhinos to Mozambique over the next two years.

Its project manager, Anthony Alexander, said that the group has already brought in certain predator animals and many elephants to the park and now, it is the rhinos’ turn.

This initiative is part of a campaign to save the endangered species by relocating them to safe havens where they have a chance to increase their population.

Kester Vickery, co-founder of Conservation Solutions, attends to a tranquillised rhino during the relocation of the first 19 white rhinos from South Africa to Zinave National Park in Mozambique. Photo: Reuters

“We are effectively spreading our eggs and putting them in different baskets,” Vickery said, adding that he hoped to see a thriving population of white rhinos in Zinave in 10 years.

Mozambican Environment Minister Ivete Maibaze said in a statement that the historic translocation would also be beneficial for the country’s emerging eco-tourism industry.

Mozambique’s wildlife numbers were hit badly by poaching, as well as a 15-year civil war that ended in 1992.