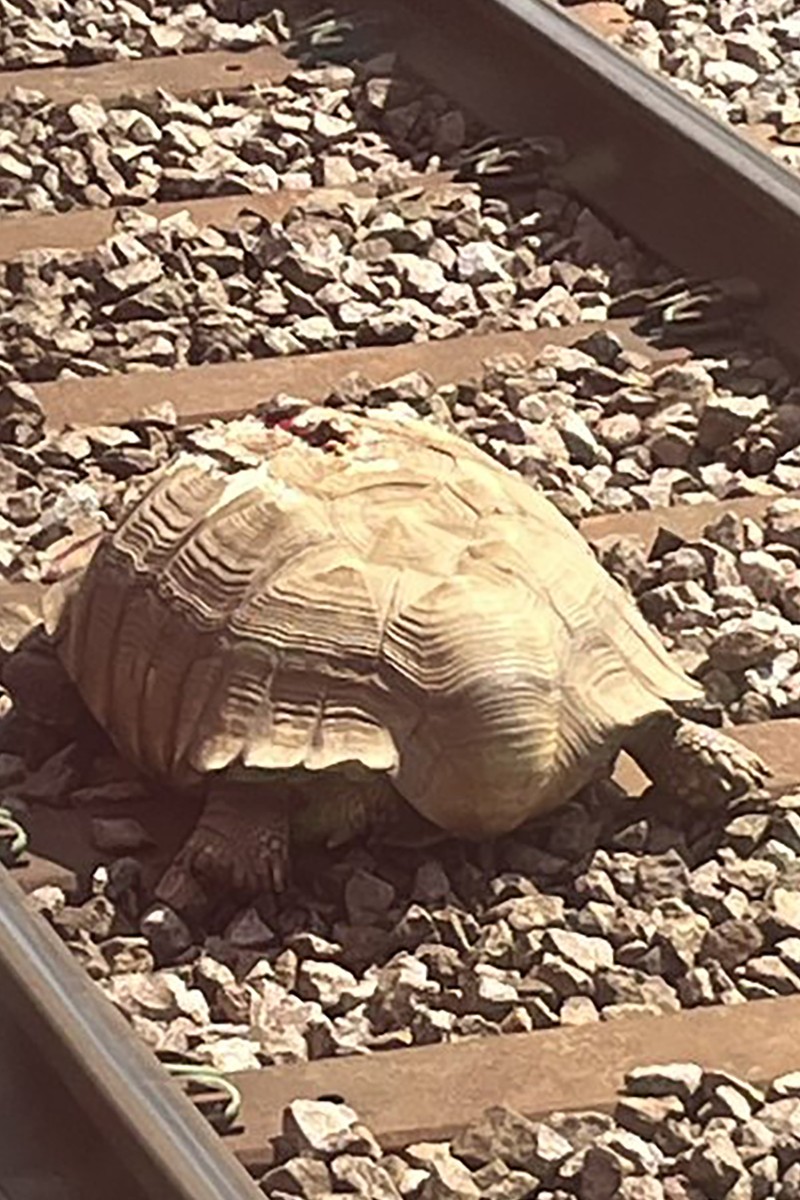 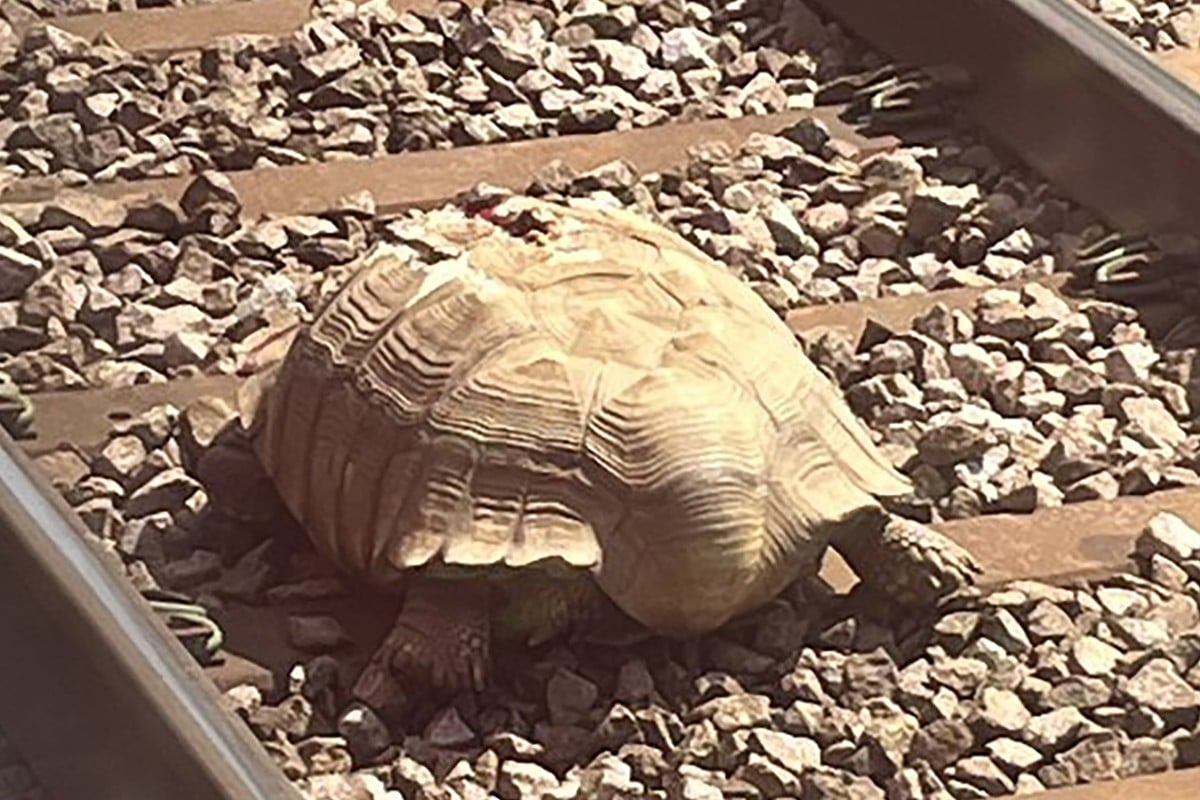 A train passenger posted a photo of the tortoise on Twitter that showed a giant gash on its shell, caused by the impact of a train. Photo: @di_akers_/Twitter

A large tortoise on the track caused trains to come to a halt in southeastern England, a rail company informed frazzled travellers Monday.

Greater Anglia rail company tweeted that trains between the city of Norwich and Stansted Airport were stopped for more than an hour due to a “giant tortoise”.

The operator first announced the line was blocked by “animals on the railway” early on Monday afternoon.

One passenger on a train to Norwich, Diane Akers, posted a photo of the tortoise standing on the track just after noon, reporting to the train company: “it’s still alive but injured”. The tortoise’s shell appeared to have a large gash on top.

“I couldn’t believe my eyes to be honest!” Akers wrote.

The BBC said in a report that the tortoise is named Clyde and went missing from Swallow Aquatics in East Harling on Sunday.

A Greater Anglia customer adviser called Georgie later wrote that the tortoise was injured and had been taken to a specialist team for treatment. “We have been informed that he will make a full recovery,” the adviser updated.

One passenger, Lydia Jane White, tweeted: “‘Train delayed because of a giant tortoise, too heavy to lift, stuck on the train tracks after having escaped from a local wildlife centre’ is not something I thought I’d ever hear from a train driver!”.

The railway line reopened around 1.5 hours later, while knock-on delays were predicted.