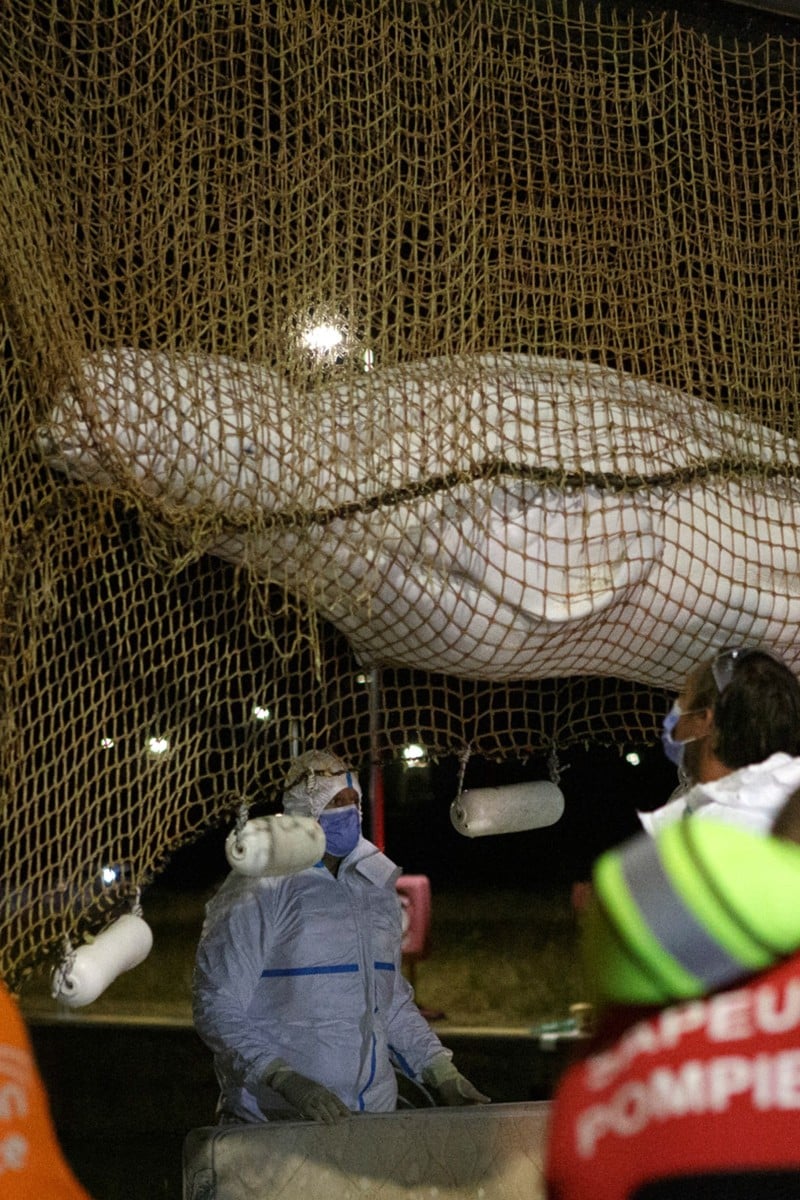 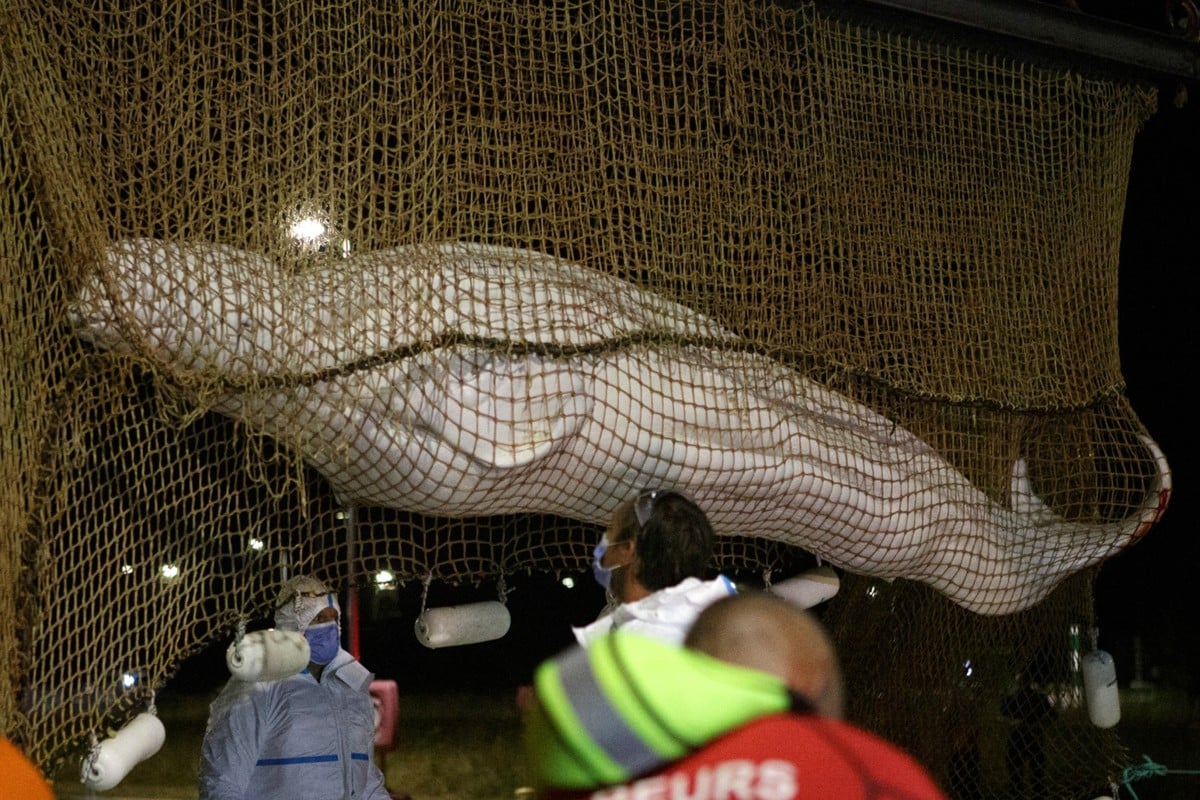 The whale was first spotted in the river that runs through Paris to the English Channel on August 2. Photo: EPA-EFE

An ailing beluga whale that strayed into France’s Seine river was put down by vets Wednesday after a last-ditch rescue attempt failed because of its rapidly deteriorating health, local officials said.

The fate of the whale captured the hearts of people across the world since it was first spotted in the highly unusual habitat of the river that flows through Paris, far from its usual Arctic waters.

Rescuers had worked overnight to lift the male out of the Seine by crane for transfer to a saltwater pen, in a precarious effort to save the life of the mammal, which was no longer eating.

It was then driven at a painstakingly slow speed north to the Normandy port of Ouistreham, where vets hoped to release the animal into a harbourside pen and then possibly into the wild.

But the six vets unanimously decided after examining the beluga on arrival in Ouistreham that there was no other option than to put it down, the local authority of the Calvados region said.

“Despite the technical and logistical efforts, the condition of the cetacean unfortunately deteriorated during the trip,” it said.

Veterinarians take care of a beluga whale that was stranded in the River Seine at Notre Dame de la-Garenne, France. Photo: AFP

“Examinations showed that the beluga was in a state of great weakness and its respiratory activity failing. The decision was therefore taken collectively, with the veterinarians, to euthanise it,” it added.

After nearly six hours of work by dozens of divers and rescuers, the 800kg (1,800 pound) cetacean had been lifted from the river by a net and crane and placed on a barge under the immediate care of a dozen veterinarians.

The 24 divers involved in the operation and the rescuers handling the ropes had to try several times to lure the animal into the nets to be lifted out of the water.

The beluga was then given a health check and driven to Ouistreham.

“During the journey the vets noted a worsening of his health and in particular the breathing,” said Florence Ollivet-Courtois, a vet for the local emergency services, in a video posted on social media. “The animal was not getting enough air and suffering visibly. We therefore decided that it made no sense to set it free and proceeded to euthanasia.”

It remains unclear why the beluga had strayed this far south and Ollivet-Courtois said an autopsy may give further clues about is condition.

A rescuer reaches out a hand to the beluga whale as firefighters and members of a search and rescue team pull up a net to rescue it on August 10. Photo: Reuters

The Sea Shepherd NGO, which has been assisting in the rescue, said on Twitter that the rescue operation was “risky” but “essential” to give the animal a chance. “Following the deterioration of his condition, the vets took the decision to euthanize him. We are devastated by this tragic outcome that we knew was very likely,” it said.

The four-metre (13-foot) whale was discovered more than a week ago heading towards Paris and was stranded about 130km (80 miles) inland from the English Channel at Saint-Pierre-la-Garenne in Normandy.

Since Friday, the animal’s movement inland had been blocked by a lock some 70km northwest of Paris, and its health deteriorated after it refused to eat.

This is the second drama involving a big marine mammal in an unexpected area to grip France in the last months.

A sick killer whale – a member of the dolphin family also known as an orca – was spotted in the Seine in May but died after attempts failed to guide the animal back to the sea.

Interest in the beluga’s fate has spread far beyond France, generating a large influx of financial donations and other aid from conservation groups as well as individuals, officials said.

While belugas migrate south in the autumn to feed as ice forms in their native Arctic waters, they rarely venture so far.

According to France’s Pelagis Observatory, which specialises in sea mammals, the nearest beluga population is off the Svalbard archipelago, north of Norway, 3,000 kilometres from the Seine.

The trapped whale is only the second beluga ever sighted in France. The first was pulled out of the Loire estuary in a fisherman’s net in 1948.