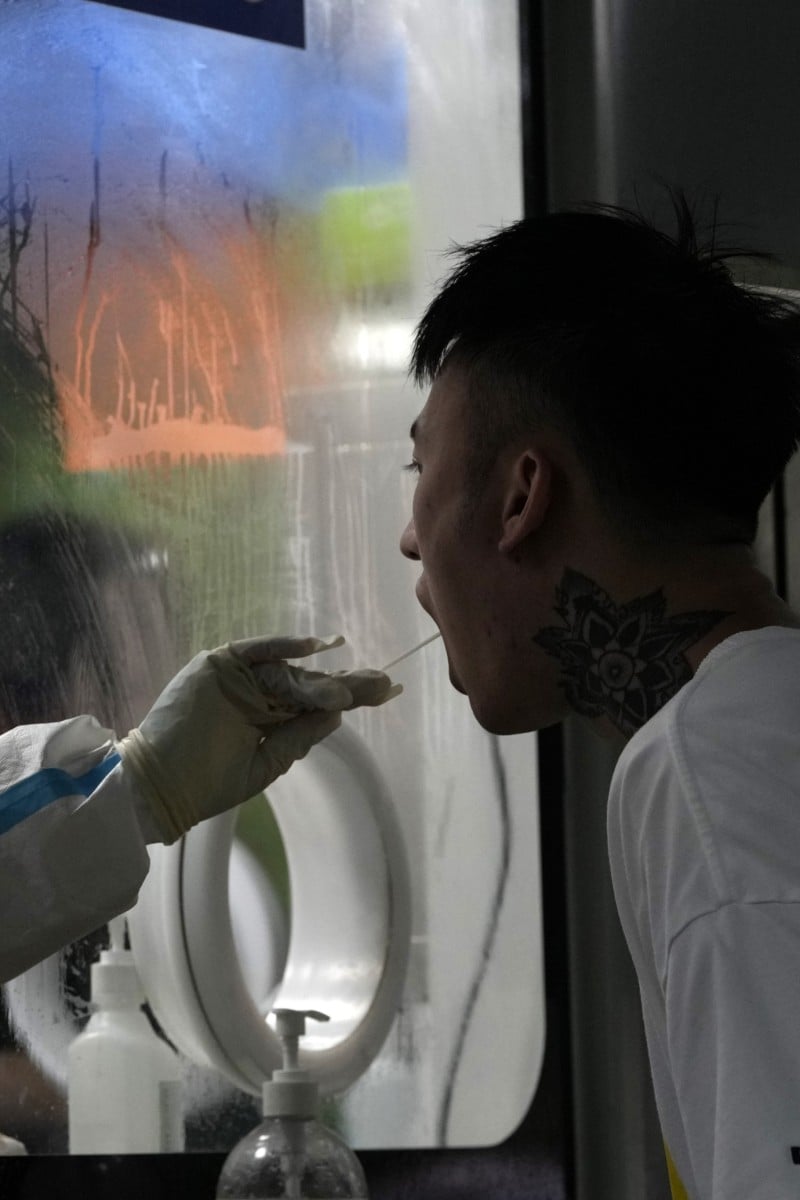 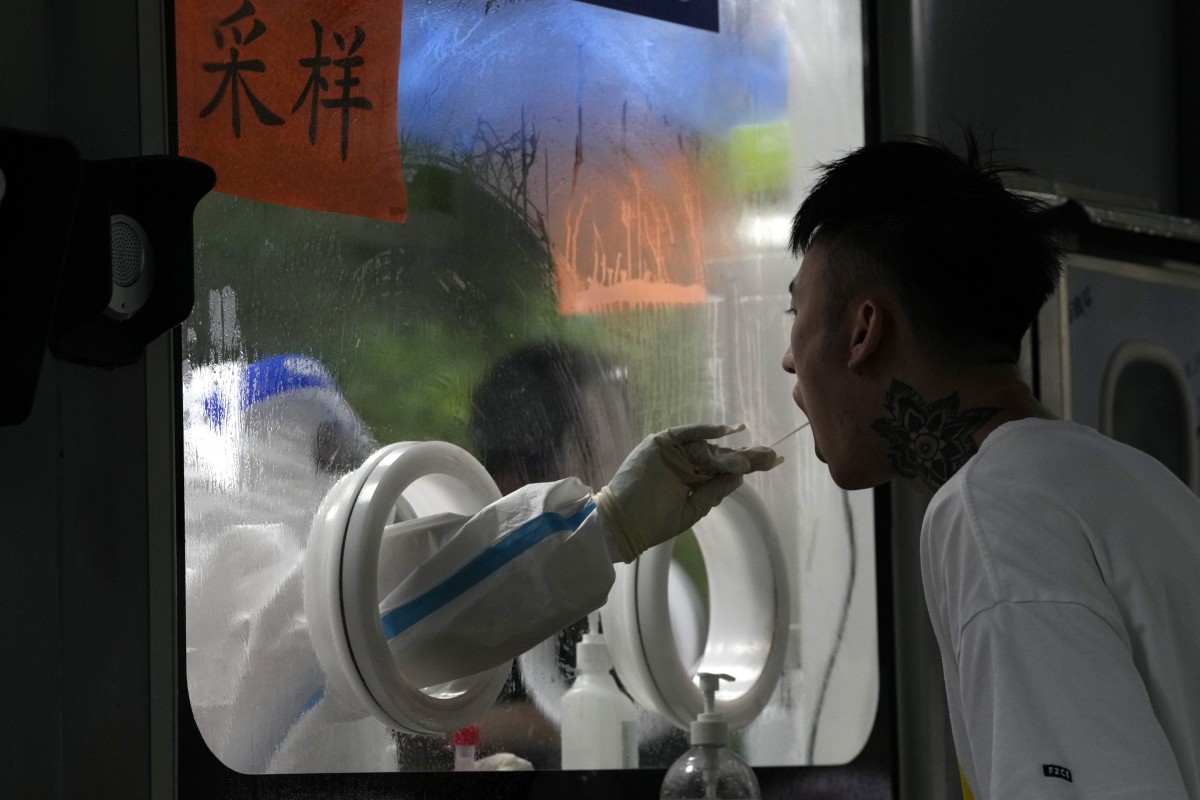 A worker collects a swab sample for Covid-19 testing at a collection point in Beijing. Many people who previously had Covid, even if they recovered some time ago, say they are discriminated against in the job market. Photo: AP

When Zou tested positive for Covid-19 while working as a cleaner in one of Shanghai’s largest quarantine centres, she hoped it wouldn’t be long before she could pick up the mop and start earning again.

But four months on, she is still fighting to get her job back – one of scores of recovering Covid patients facing what labour rights activists and health experts say is a widespread form of discrimination in zero-Covid China.

Using snap lockdowns and mass testing, China is the last major economy still pursuing the goal of stamping out the virus completely.

What is ‘hybrid immunity’ and how might Hong Kong benefit from it?

Those who test positive, as well as their contacts, are all sent to central quarantine facilities, while a flare-up in a factory can grind production to a halt.

“People are afraid they might contract the virus from us, so they shun us,” said Zou, who only gave her last name for fear of retribution for speaking to AFP.

China’s strict control measures have led to stigma against not just recovered patients, but also their families, neighbours, friends and even frontline healthcare workers, said Jin Dongyan from the School of Biomedical Sciences at Hong Kong University.

“It is unscientific to think that people who were infected once will continue to carry the virus and be infectious long after recovering,” Jin told AFP.

“Due to the lack of awareness, some fear that those who have been infected are more susceptible to being reinfected, but in reality, it’s the opposite.”

Zou is now fighting a court battle with her employer, who has refused to pay her wages since she got sick, and who cites her disease history as a reason to bar her from returning to work.

Possible cause of Covid brain fog revealed in new US study

He Yuxiu is a Chinese social media influencer who goes by a pseudonym and was living in Ukraine until Russia invaded.

She fled the war and returned home, then found a job as a Russian-language teacher in north China’s Hebei province, relieved to have left her troubles behind.

But when her school learned that she had been infected with Covid-19 while in Ukraine, she was fired.

“I never imagined I’d lose my first job for this reason,” she said in a video posted on China’s Twitter-like Weibo.

“Why should we be treated like a virus when we have defeated it?”

The stigma is widespread – job ads for factory workers in Shanghai posted last month said applicants with a history of Covid-19 infection would be refused work.

The story of a young woman who lived in a toilet for weeks in Shanghai’s Hongqiao railway station since she was unable to find work or return to her village due to the stigma of having been infected went viral last month.

Should a fourth Covid shot be mandatory?

And a theatre in the southern Chinese city of Foshan was forced to apologise after a notice banning recovered patients from entering sparked a public backlash.

But jobseekers and activists are sceptical.

Factories in Shanghai continued to refuse to hire recovered workers even after the city announced strict anti-discrimination rules, employment agent Wang Tao said, because they fear a mass outbreak or health inspections.

A woman collects her deliveries at the barricaded entrance of a residential complex as several city blocks are sealed off due to Covid-19 in the Meilong township of Shanghai, China, on Monday, August 15. Shanghai’s 25 million residents are well versed in lockdowns, after being barred from leaving their homes for two months this spring in an effort to eradicate the virus. Photo: Bloomberg

“Some factories give different excuses despite being short of workers,” Wang added.

“But all those who are turned down have tested positive in the past.”

AFP contacted eight manufacturers named by Chinese state media as having engaged in discriminatory practices – including iPhone manufacturer Foxconn – but they declined to comment.

“It’s very difficult for workers to protect their rights since most employers offer different excuses and it is hard to prove that a labour law has been violated in these cases,” said Aidan Chau, a researcher for the rights group China Labour Bulletin.

Pandemic leaves many Hongkongers with symptoms of post-traumatic stress disorder

“It is important for labour unions to step up. But many small and medium factories don’t have one.”

Those who have tested positive are often referred to as “little sheep people” on Chinese social media. In Mandarin, the word for “positive” and “sheep” are pronounced the same way.

“It is very difficult for recovered patients to go back to our normal lives,” said Zou, the cleaner from Shanghai.