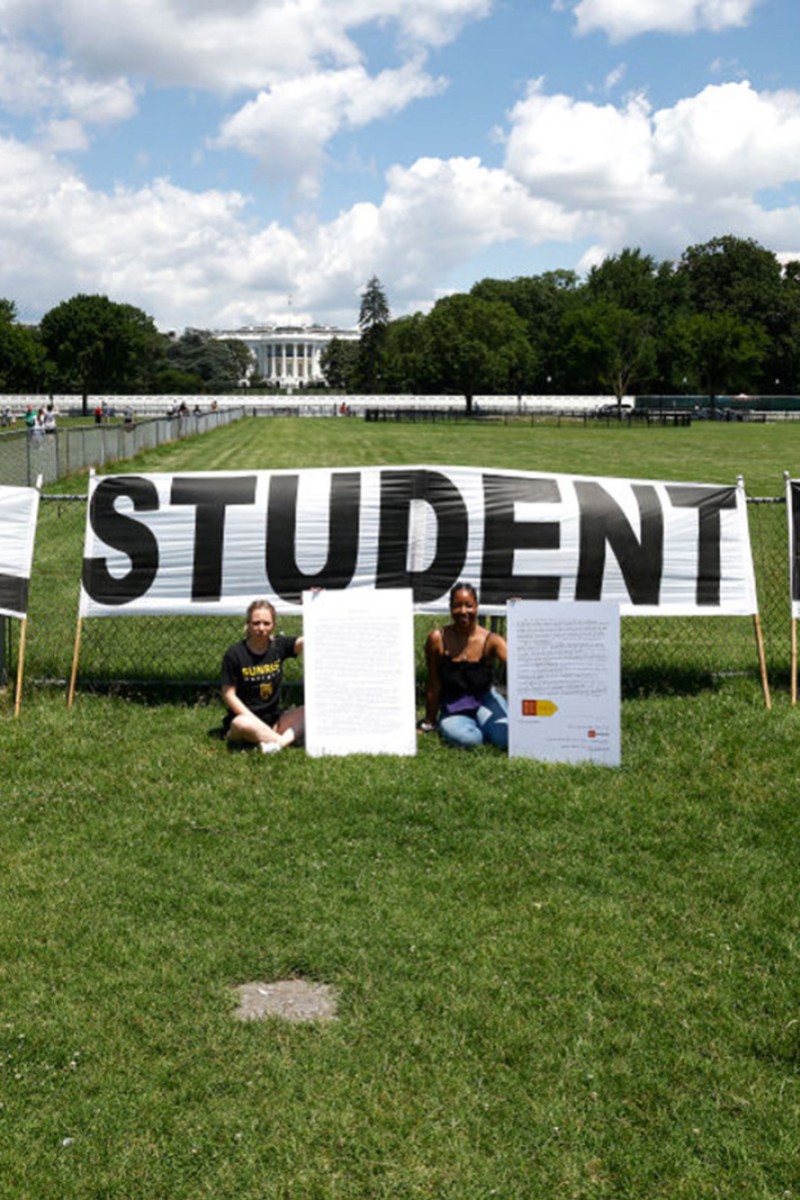 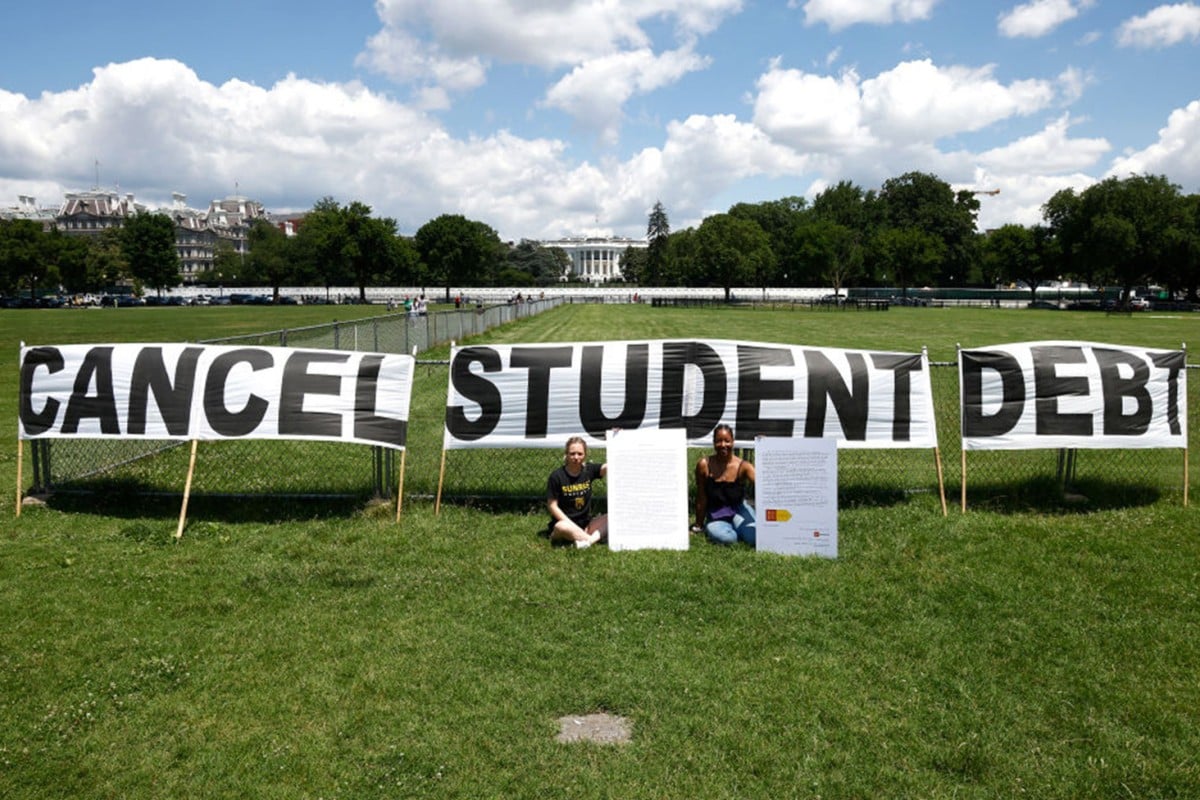 Fulfilling a campaign promise, US president Joe Biden is erasing US$10,000 in student loan debt for those with an annual income below US$125,000. Photo: Getty Images/TNS

President Joe Biden on Wednesday announced that most US university graduates still trying to pay off student loans will each get US$10,000 (HK$78,450) in relief, addressing a decades-old headache of massive educational debt across the country.

“In keeping with my campaign promise, my administration is announcing a plan to give working and middle class families breathing room,” Biden said in a statement issued less than three months before midterm congressional elections, where the issue is seen as a vote winner for Democrats.

The proposed debt relief falls far short of some Democrats’ goal of securing complete forgiveness, but is opposed by Republicans who argue that shaving any amount from graduates’ loans is unfair to those who have spent years saving to pay off their own debts.

What is debt? Credit cards, student loans and other forms of liability

US colleges can often cost anywhere between US$10,000 and US$70,000 a year, leaving graduates with crushing debt as they enter the workforce. According to government estimates, the average debt for US college students when they graduate is US$25,000, a sum many spend years or even decades to pay back.

In total, some 45 million borrowers nationwide owe a collective US$1.6 trillion, according to the White House.

Under the relief plan, US$10,000 will be cut from all loans owed by people earning a salary of less than US$125,000. For former students who went to university with need-based government assistance known as Pell grants, the relief will be US$20,000.

Meanwhile, a moratorium on loan repayments that was instituted during the Covid pandemic will be extended to the end of the year, with instalments restarting on December 31.

The plan was announced after months of consideration in the White House on how to thread the needle on an issue that has bedevilled successive administrations. Among the worries is that the programme will feed already rampant inflation in the wake of the Covid-19 shutdown and subsequent economic recovery.

But Biden has been under heavy pressure for months from the senior Senate Democrat, Majority Leader Chuck Schumer, and lawmakers from the left of the party to take action.

“With the flick of a pen, President Biden has taken a giant step forward in addressing the student debt crisis by cancelling significant amounts of student debt for millions of borrowers. The positive impacts of this move will be felt by families across the country, particularly in minority communities,” said a joint statement by Schumer and leading liberal Senator Elizabeth Warren.

Republican National Committee chair Ronna McDaniel called the plan a “bailout for the wealthy. As hardworking Americans struggle with soaring costs and a recession, Biden is giving a handout to the rich.”

“Biden’s bailout unfairly punishes Americans who saved for college or made a different career choice, and voters see right through this short-sighted, poorly veiled vote-buy,” she said.