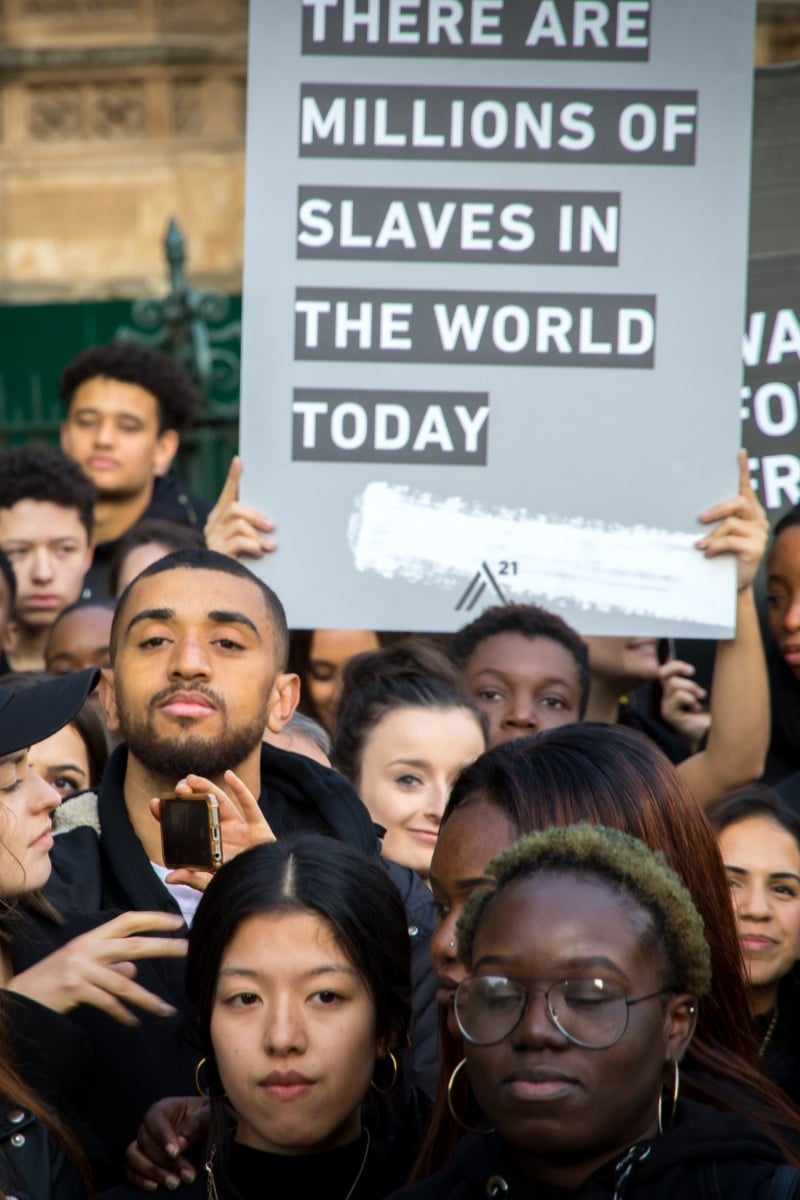 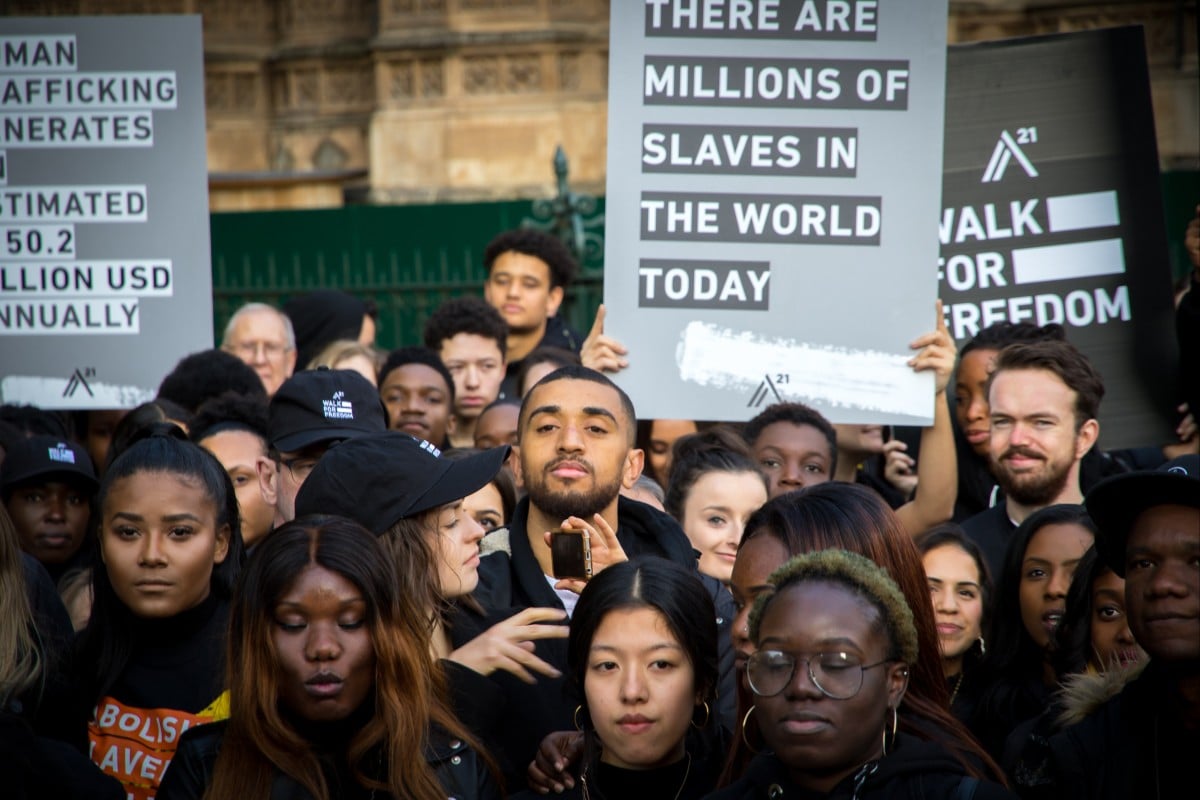 Young people gather in London to raise awareness of modern-day slavery across the world. Photo: Shutterstock

Fifty million people around the world are trapped in forced labour or forced marriage, the UN said on Monday, warning that their ranks had swollen dramatically in recent years.

The United Nations had set a goal to eradicate all forms of modern slavery by 2030, but instead the number of people caught up in forced labour or forced marriage ballooned by 10 million between 2016 and 2021, according to a new report.

The study, by the UN’s agencies for labour and migration along with the Walk Free Foundation, found that at the end of last year, 28 million people were in forced labour, while 22 million were living in a marriage they had been forced into.

That means nearly one out of every 150 people in the world are caught up in modern forms of slavery, the report said.

“It is shocking that the situation of modern slavery is not improving,” Guy Ryder, head of the International Labour Organization (ILO), said in a statement.

“Nothing can justify the persistence of this fundamental abuse of human rights.”

The Covid-19 pandemic, which worsened conditions and swollen debt levels for many workers, has heightened the risk, the report found.

Human rights have been greatly impacted by the coronavirus pandemic. Photo: Shutterstock

Coupled with the effects of climate change and armed conflicts, it has contributed to “unprecedented disruption to employment and education, increases in extreme poverty and forced and unsafe migration”, compounding the threat, it said.

It is a long-term problem, the report cautioned, with estimates indicating entrapment in forced labour can last years and forced marriage is often “a life sentence”.

Women and children are by far the most vulnerable.

Children account for one out of five people in forced labour, with more than half of them stuck in commercial sexual exploitation, the report said.

Modern slavery is present in basically every country in the world, with more than half of cases of forced labour and a quarter of forced marriages in upper-middle income or high-income countries.

The report found that the number of people – mainly women and girls – stuck in forced marriages had risen by a full 6.6 million since the last global estimates in 2016.

The number of people in forced labour swollen by 2.7 million over the same period.

The increase was driven entirely by more forced labour in the private economy, including in forced commercial sexual exploitation.

But the report also said that 14 per cent of those in forced labour were doing jobs imposed by state authorities, voicing concern about abuse of compulsory prison labour in a number of countries, including the United States.

It also pointed to grave concerns raised by the UN rights office about “credible accounts of forced labour under exceptionally harsh conditions” in North Korea.

“It is shocking that the situation of modern slavery is not improving,” said Guy Ryder, head of the International Labour Organization. Photo: Getty Images

The report also highlighted the situation in China, where several UN agencies have warned of possible forced labour, including in the Xinjiang region, where Beijing stands accused of detaining more than one million Uygurs and other Muslim minorities.

Beijing has vehemently rejected such charges, claiming it is running vocational training centres to help root out extremism.

A report published by former UN rights chief Michelle Bachelet on August 31 said more information was needed, but that labour schemes in the region appeared to be discriminatory and to “involve elements of coercion.”

Monday’s report welcomed China last month having ratified the ILO Forced Labour Convention, creating “renewed momentum for cooperation with the government and social partners to pursue these issues [and] to combat forced labour.”

Migrant workers are meanwhile more than three times more likely to be in forced labour than non-migrant adult workers, the report showed.

“This report underscores the urgency of ensuring that all migration is safe, orderly, and regular,” Antonio Vitorino, head of the International Organization for Migration (IOM), said in the statement.

The report also made mention of Qatar, which has faced widespread allegations of labour rights violations relating to migrants working there in the run up to the Fifa soccer World Cup, starting in November.

But since the ILO opened an office in the capital Doha in April 2018, there had been “significant progress” regarding the living and working conditions for hundreds of thousands of migrant workers in the country, even as problems remained with implementing new labour rules, the report said.

Qatar 2022 Chief Executive Nasser Al Khater Qatar said on Thursday the country had faced a lot of unfair criticism over its hosting the World Cup that was not based on facts but it that it had responded to any fair criticism.