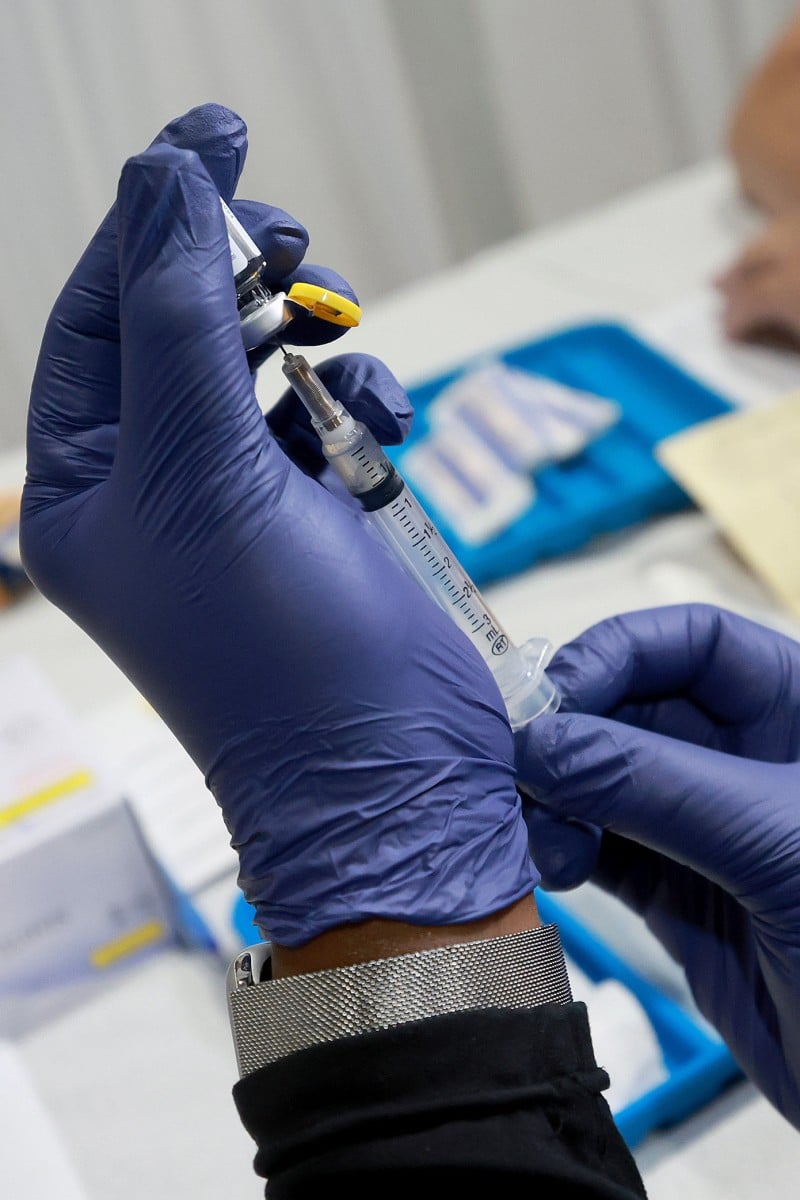 A healthcare worker prepares to administer a vaccine to a person for the prevention of monkeypox at the Pride Centre on July 12, 2022, in Florida. Photo: TNS

The monkeypox vaccine is highly effective, protecting people as early as two weeks after the first dose, the US Centres for Disease Control and Prevention (CDC) said on Wednesday.

A preliminary analysis posted by the agency found that between July 31 and September 3, unvaccinated people had 14 times the risk of acquiring monkeypox disease compared to people who were vaccinated, 14 days or more after their first shot.

The results were based on confirmed infections from 32 jurisdictions across the country. The US has seen more than 25,000 cases in the current outbreak, which began in May this year and has primarily affected men who have sex with men.

“These new data provide us with a level of cautious optimism that the vaccine is working as intended,” CDC director Rochelle Walensky told reporters during a briefing.

“Even in light of these promising data, we strongly recommend people receive two doses of Jynneos vaccine spaced out 28 days apart to ensure durable, lasting immune protection against monkeypox,” she added.

Despite being approved, there is not yet a confirmed efficacy estimate for the Jynneos vaccine against monkeypox, because prior studies had only looked at animals and measured human immune response data.

More than 66,000 cases of monkeypox have been detected globally, but new infections have been falling since August.

The US has administered more than 680,000 doses of the Jynneos vaccine to fight the spread of monkeypox. Photo: AP

The US has administered more than 680,000 doses of the Jynneos vaccine, focusing its efforts on gay and bisexual men, as well as transgender and gender diverse people.

White House monkeypox response deputy coordinator Demetre Daskalakis said the roll-out strategy was moving into a new phase in which the vaccine would be offered to people with no prior exposure, rather than after a known exposure.

“This new strategy means that more people who might be at present or future risk for monkeypox now qualify for the vaccine,” he said.

To reduce stigma, new guidance would allow health providers to administer the vaccine in less visible areas, including the shoulder or upper back, instead of the forearm, he added.