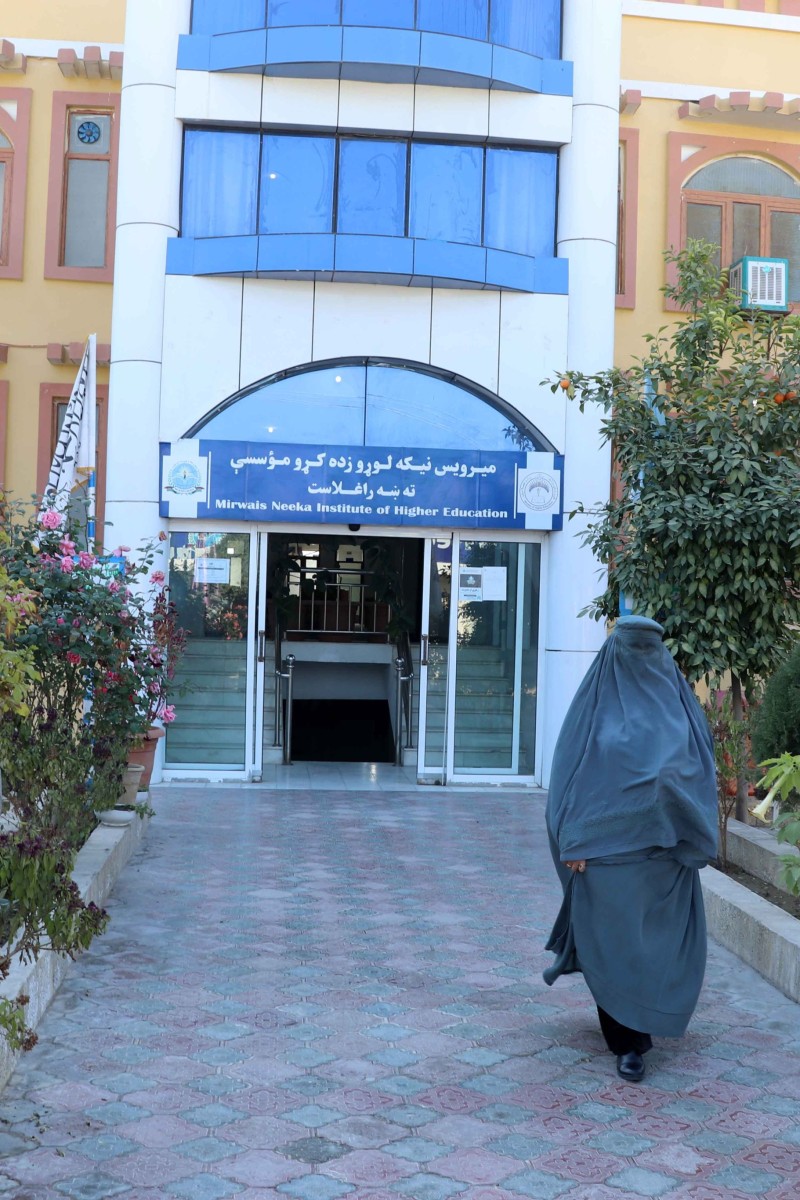 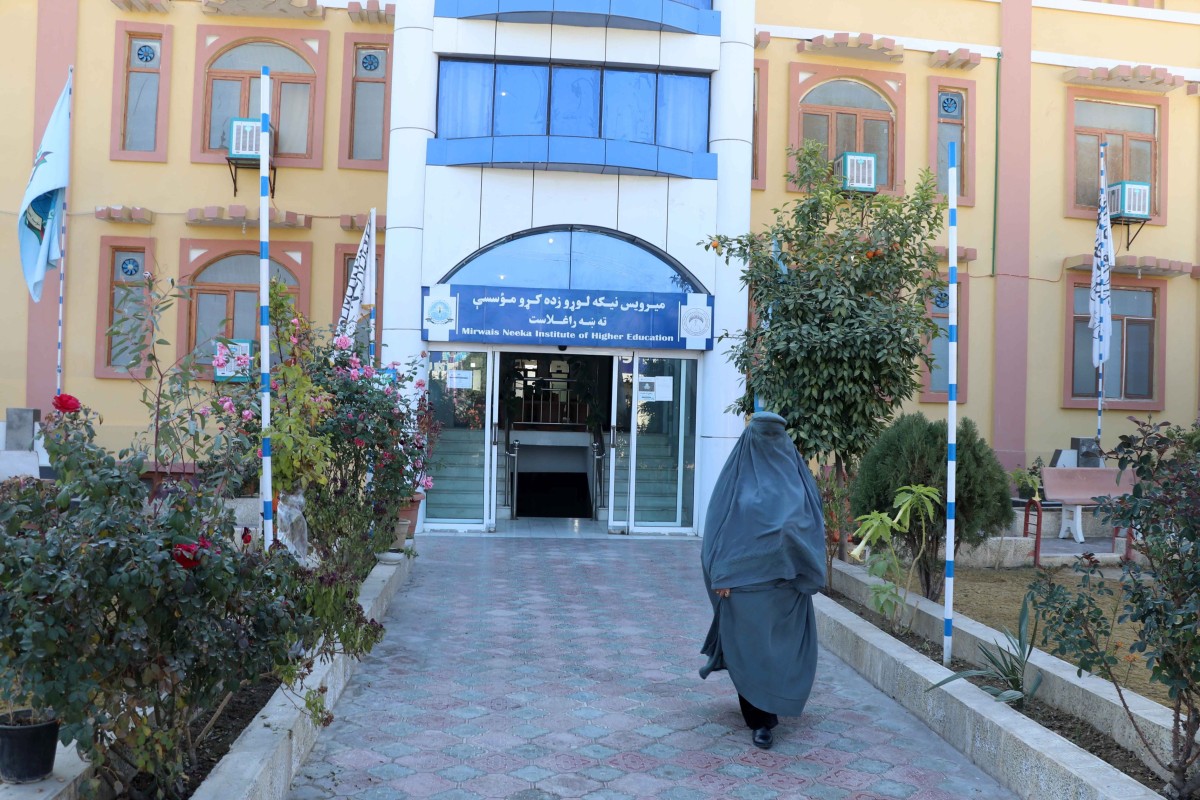 The Taliban has banned women from attending university in Afghanistan, according to an order issued on December 20. Photo: EPA-EFE

Despite initially promising a more moderate rule respecting rights for women and minorities, the Taliban have widely implemented their strict interpretation of Islamic law, or sharia.

They have banned girls from middle school and high school, restricted women from most employment and ordered them to wear head-to-toe clothing in public. Women are also banned from parks and gyms.

The Taliban were ousted in 2001 by a US-led coalition for harbouring al-Qaeda leader Osama bin Laden and returned to power after America’s chaotic departure last year.

The decision was announced after a government meeting. A letter shared by the spokesman for the Ministry of Higher Education, Ziaullah Hashmi, told private and public universities to implement the ban as soon as possible and to inform the ministry once the ban is in place.

Hashmi tweeted the letter and confirmed its contents in a message to the Associated Press without giving further details.

The decision is certain to hurt efforts by the Taliban to win recognition from potential international donors at a time when the country is mired in a worsening humanitarian crisis. The international community has urged Taliban leaders to reopen schools and give women their right to public space.

The international community has urged Taliban leaders to give women their right to an education and to public space. Photo: EPA-EFE

The university ban comes weeks after Afghan girls took their high school graduation exams, even though they have been banned from classrooms since the Taliban took over the country last year.

“I can’t fulfil my dreams, my hopes. Everything is disappearing before my eyes, and I can’t do anything about it,” said a third-year journalism and communication student at Nangarhar University. She did not want to be identified for fear of reprisals.

“Is being a girl a crime? If that’s the case, I wish I wasn’t a girl,” she added. “My father had dreams for me – that his daughter would become a talented journalist in the future. That is now destroyed. So, you tell me: how will a person feel in this situation?”

Taliban bans women from parks and funfairs in Afghanistan capital

She added that she had not lost all hope yet.

“God willing, I will continue my studies in any way. I’m starting online studies. And, if it doesn’t work, I will have to leave the country and go to another country,” she said.

UN Secretary-General Antonio Guterres condemned the decision, calling it another “broken promise” from the Taliban and a “very troubling” move.

“It’s difficult to imagine how a country can develop, can deal with all of the challenges that it has, without the active participation of women and the education,” Guterres said.

After regaining power, the Taliban initially insisted that women’s rights would not be hindered, before barring girls over the age of 12 from attending school earlier this year. Photo: EPA-EFE

Robert Wood, the deputy US ambassador to the United Nations, said the Taliban could not expect to be a legitimate member of the international community until they respected the rights of all Afghans.

“This deplorable decision is the latest effort by Taliban leadership to impose additional restrictions on women and girls in Afghanistan and prevent them from exercising their human rights and fundamental freedoms,” Watson said.

“As a result of this unacceptable stance to hold back half of the population of Afghanistan, the Taliban will be further alienated from the international community and denied the legitimacy they desire,” she added.

Afghanistan’s UN seat is still held by the previous government led by former President Ashraf Ghani, despite the Taliban’s request to represent the country at the United Nations, which was recently deferred again.

Afghanistan’s charge d’affairs Naseer Ahmed Faiq said at the UN that the announcement “marks a new low in violation of most fundamental and universal human rights for all of humanity”.