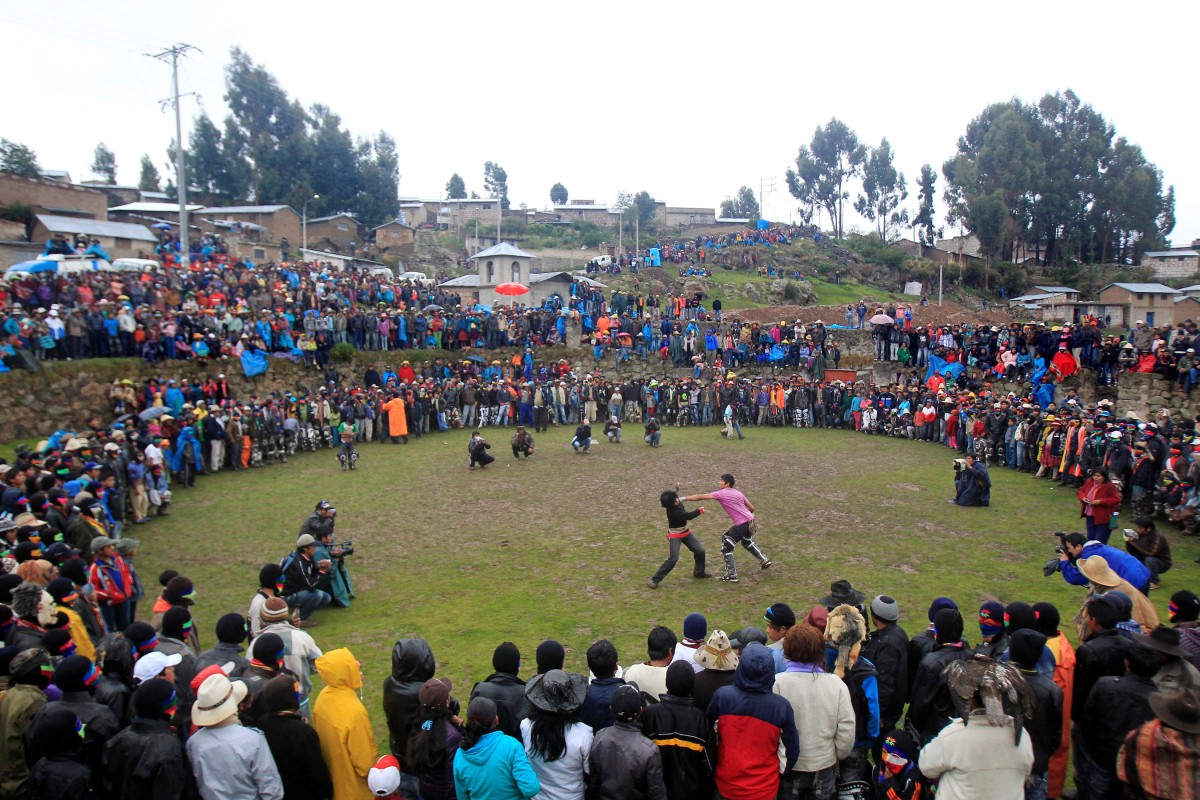 Andean men participate in a one-on-one fight during the “Takanakuy”, a traditional festivity at Chumbivilcas province in Cuzco, Peru on December 25, 2011. Photo: Reuters

Most Christmas ceremonies would be ruined if attendees threw a punch. But in Peru’s mountainous south, participants of one December 25 festival have exactly that in mind.

On Christmas Day, hundreds of residents of Chumbivilcas province in Peru’s Cusco region gather to take part in an ancient fighting ritual aimed at settling scores and resolving conflict before the year’s end.

The tradition, which dates back generations, is known as Takanakuy, a Quechua name that roughly translates to hitting each other with fists.

The ritual has been described as a method of alternative governance outside Peru’s justice system. Fighters aim to settle family, romantic or territorial disputes with their fists as animated spectators sing, dance and cheer for their favourites.

Fighters are traditionally men, but women are increasingly taking part, according to local media.

Ronderos, members of a grass roots justice system in Peru’s Andean communities, stand by to break up the fighting when necessary. The fights involve only kicks and punches and end if a combatant bleeds, falls to the ground, or cannot defend themselves.

This year’s event involved more than 40 fights lasting around 2 minutes each, according to local outlet La Republica, which live-streamed the battles.

The festivities are not all violent. Fighting is traditionally preceded by eating, drinking and processions. Attendees also incorporate masks and costumes to channel historical and indigenous symbols from the region, such as a dancing condor.

Finally, with scores settled, the fights typically end with a hug, smile or handshake.