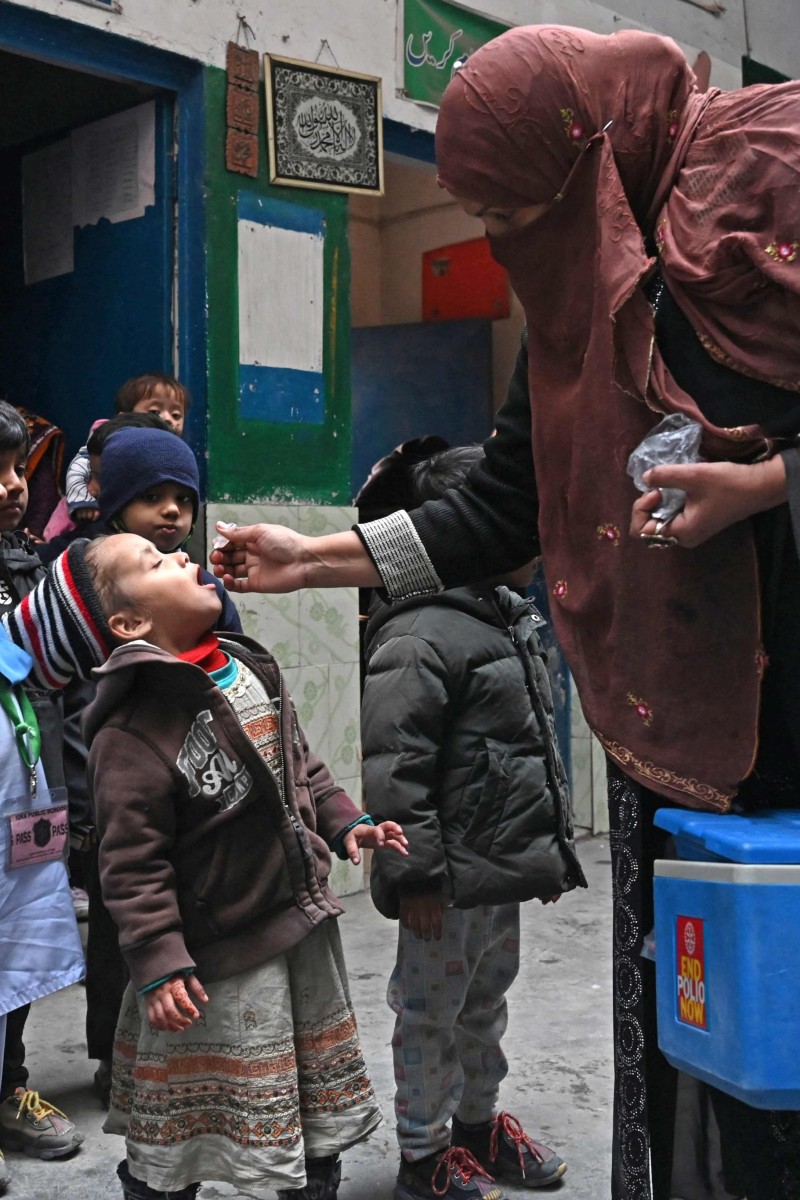 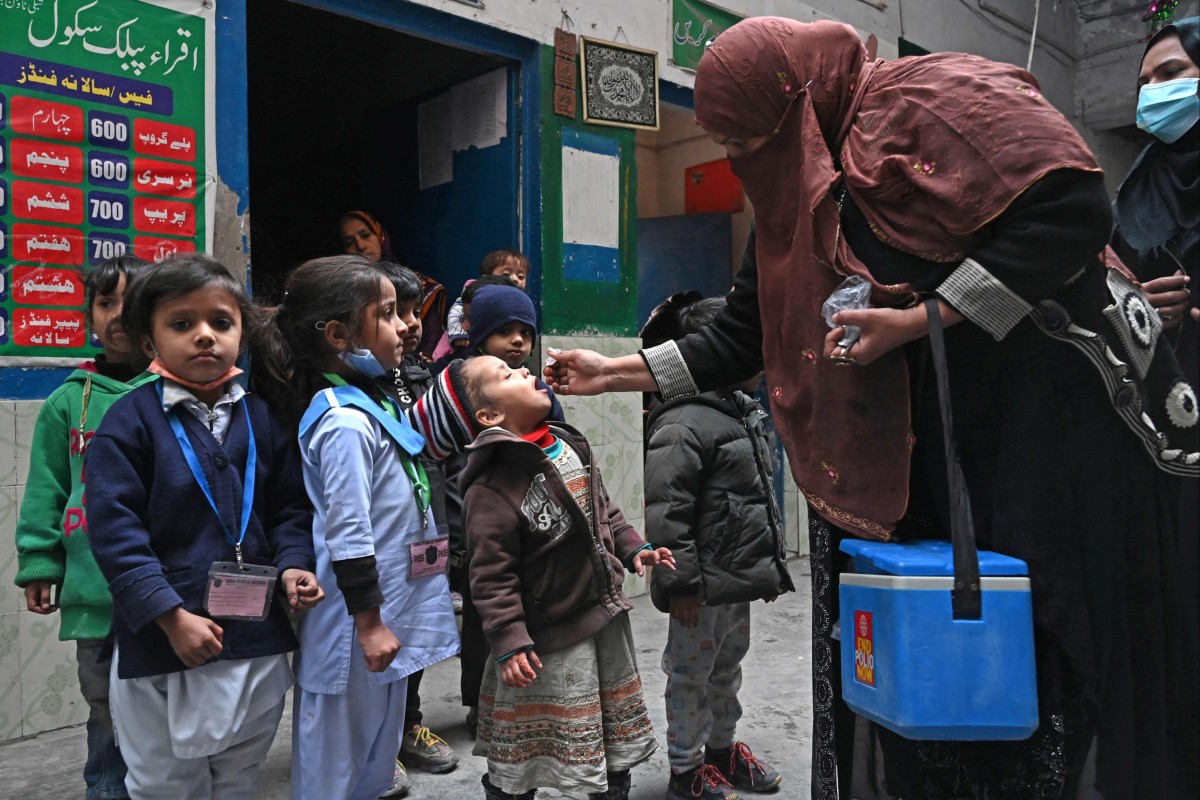 A health worker administers polio vaccine drops to a child during a vaccination campaign in Pakistan. Photo: AFP

A global five-year plan to eradicate polio has received pledges of some US$2.6 billion (HK$20.4 billion), but nearly double the amount is needed to complete the task, the World Health Organization said last October.

While welcoming the generous pledges, the United Nations’ health agency stressed there was still some way to go to eliminate the crippling and potentially fatal viral disease by 2026.

It pointed to an upsurge in cases detected this year, including in countries long considered to be free of the highly contagious and often paralysing virus, which mainly affects children under the age of five (see graphic).

“The new detections of polio this year in previously polio-free countries are a stark reminder that if we do not deliver our goal of ending polio everywhere, it may resurge globally,” said Tedros Adhanom Ghebreyesus, WHO director general.

“We must remember the significant challenges we have overcome to get this far against polio, stay the course and finish the job once and for all.”

The Global Polio Eradication Initiative (GPEI) is a public-private partnership that counts the WHO among its main partners. In all, it says it needs US$4.8 billion for its 2022-2026 strategy to overcome the final hurdles in eliminating the disease.

The World Health Summit in Berlin took place in October last year. During the event, countries and organisations confirmed they would cover a significant chunk of the funding needs.

“No place is safe until polio has been eradicated everywhere,” said German economic cooperation and development minister Svenja Schulze. “As long as the virus still exists somewhere in the world, it can spread.”

A massive global effort has in recent decades come close to wiping out polio. Cases have decreased by 99 per cent since 1988, when the disease was endemic in 125 countries and 350,000 cases were recorded worldwide.

The wild version of polio, caused by viruses found in the environment, now exists only in Afghanistan and Pakistan, though Malawi and Mozambique also detected imported wild polio cases in 2022.

In addition, a type of vaccine that contains small amounts of weakened but live polio still causes occasional outbreaks elsewhere, as has recently happened in the United States and Britain.

Hong Kong has been polio-free since 1983 thanks to the success of its vaccine drives which started in 1963. The drive involved free vaccine doses for children aged five and under. The last case of poliomyelitis virus was reported in 1983.

Today, the inactivated poliomyelitis vaccine (IPV) is recommended for all infants at two months, four months and six months of age. Booster jabs are administered at 18 months, six years and 12 years old to ensure they are protected from the virus.